Works In Progress - A Buffet 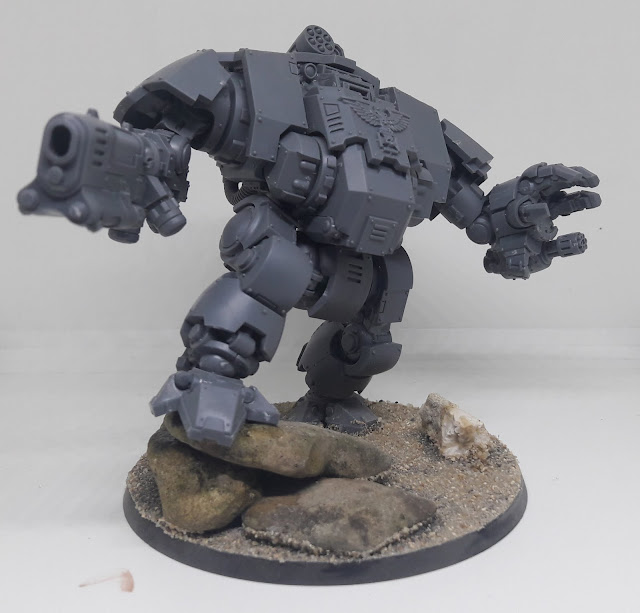 I really need to sit down and A) reply to comments and B) take some more pictures of miniatures! I have progress on the Sergeants from the previous post and I've got other bits and bobs painted or going on, but no pictures of them. So I thought I'd just show you some of my built pictures of Primaris marine stuff that is either awaiting some paint or has some on but no pictures... 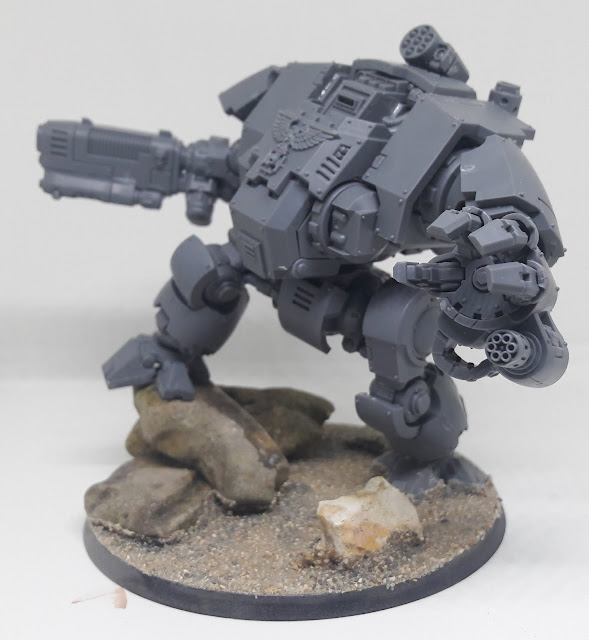 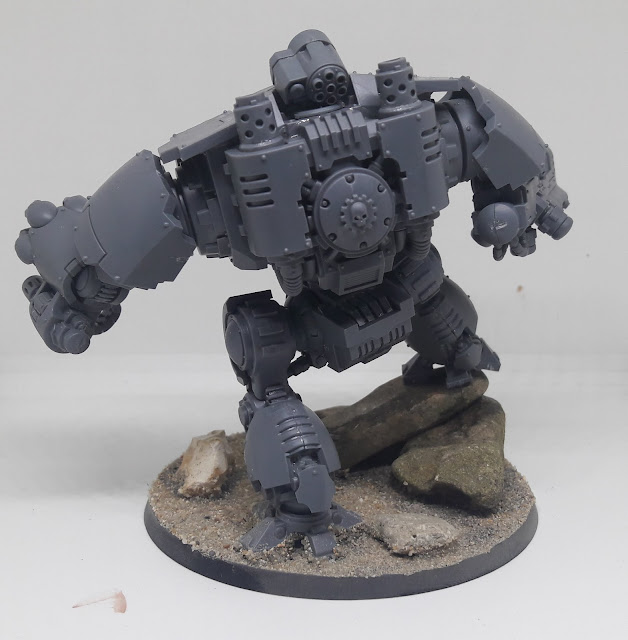 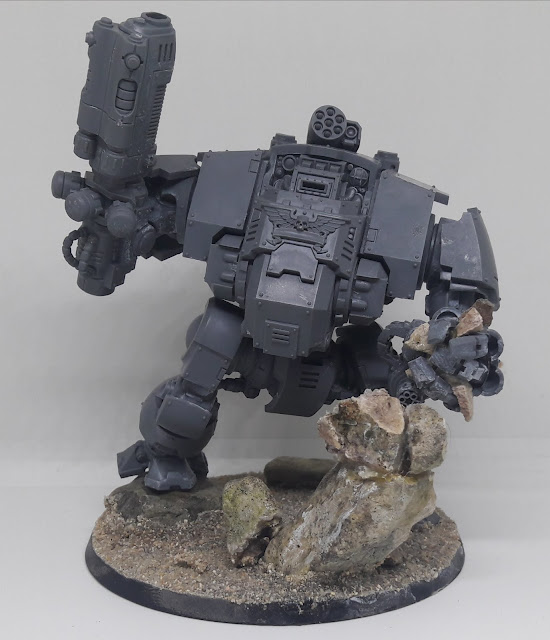 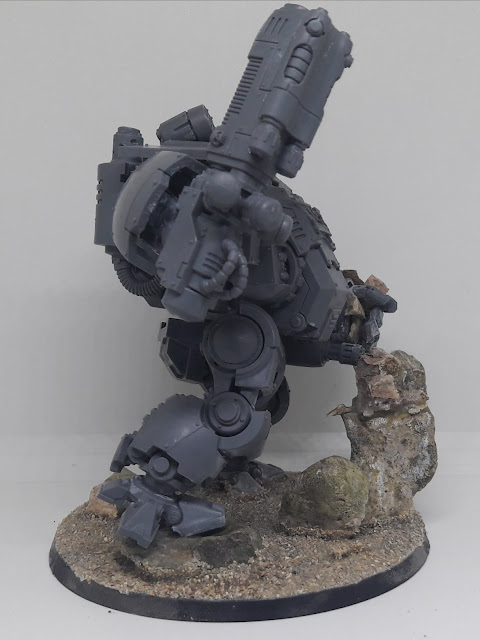 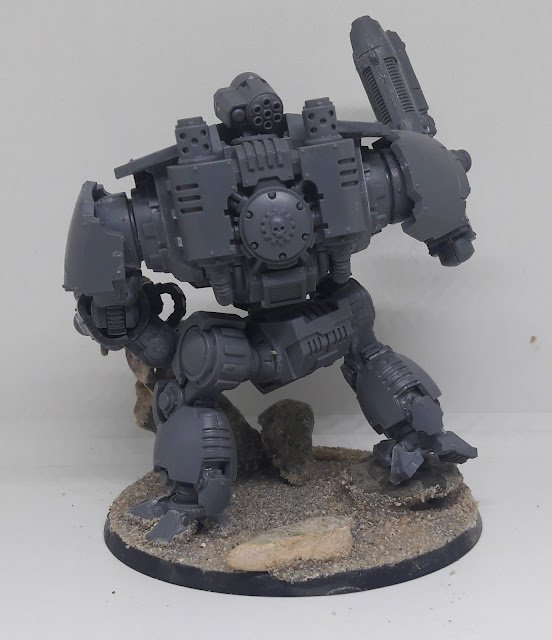 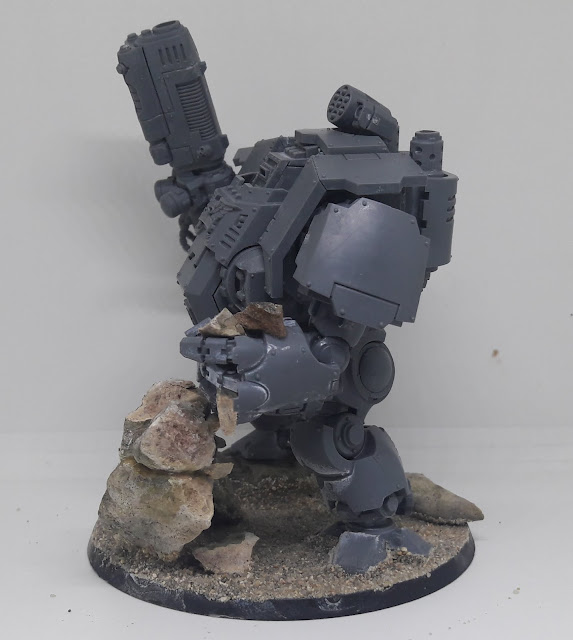 I haven't decided on the chest guns for the Redemptor, between the fragstorm launchers and the bolt option. The random shots of the fragstorm put me off a little compared to the reliability of the storm bolters. Any thoughts on which to go for? I think I am points malleable for both. 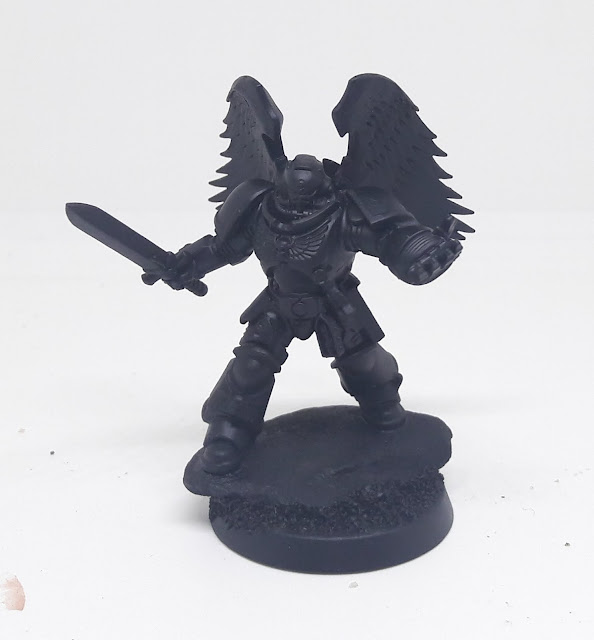 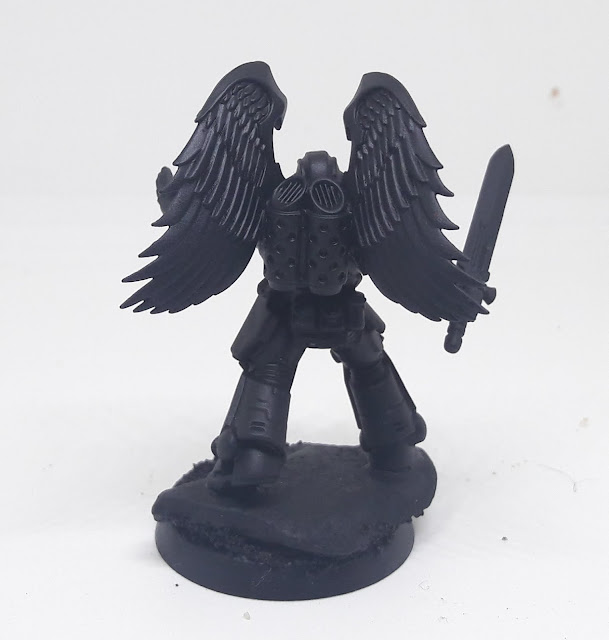 This chap has sanguinary guard wings purely because they look cool. No other justification than that! He's also just a regular lieutenant as you can't give the Primaris one a jump pack, but I wanted all my mini's to be Primaris sized. I've written a little fluff around that which I will get in to when he is painted and has his own post. 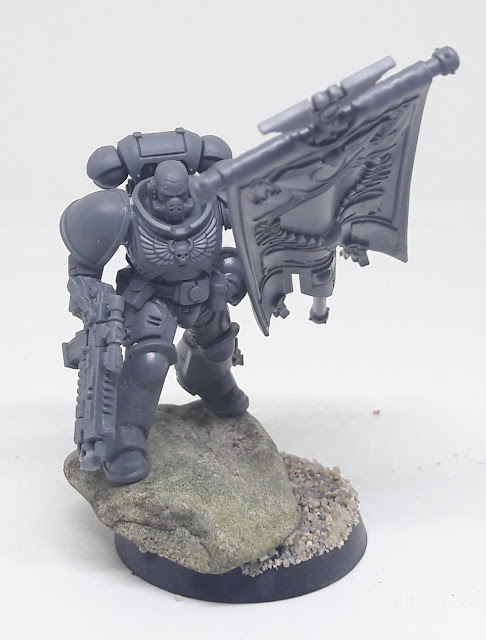 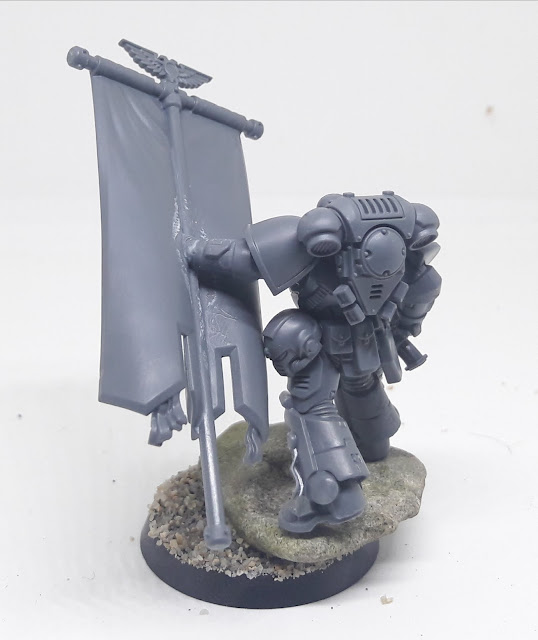 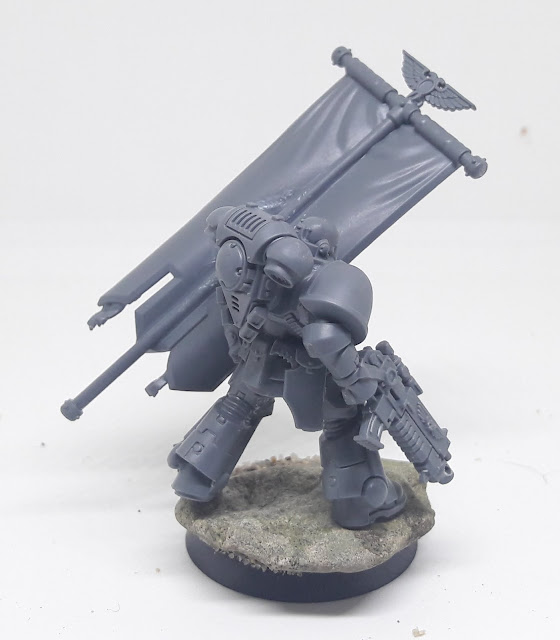 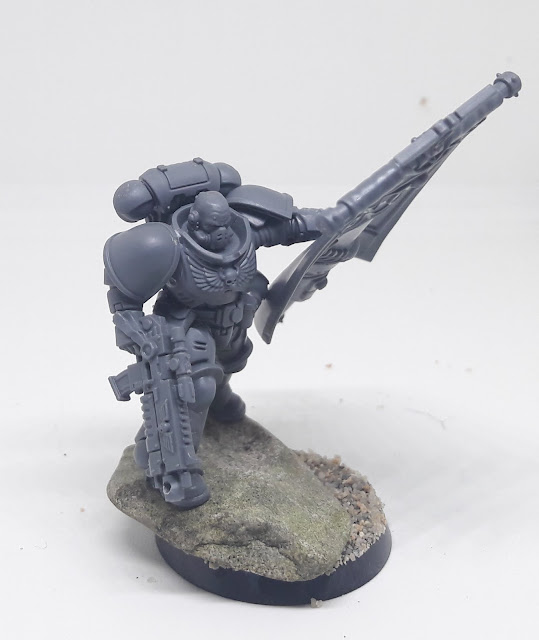 I wanted the ancient to be a little more "FORWARD!!" than the static pose given in the Dark Imperium box. So I just kitbashed this very simple conversion for a little more dynamism. 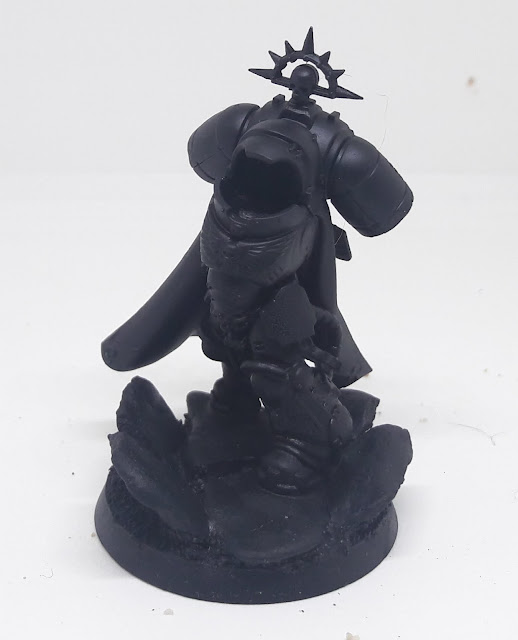 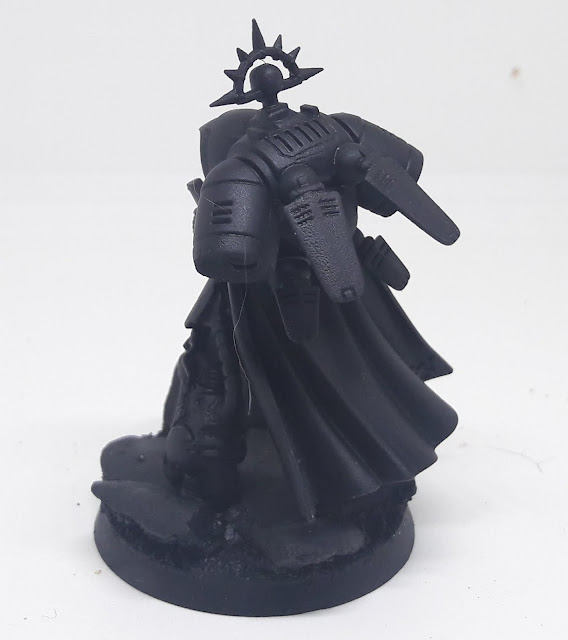 And then here we have the Chapter Master (or Captain) his-self. Ignore the hair... Again this chap is just a regular marine rather than Primaris but I have built him in the Gravis armour and added the jump pack to represent the Armour Indomitus relic. I feel that works well enough with the weight of it.

This chap is actually almost finished so I should have some pictures of him up sooner rather than later...