The Legion of the Damned Return! 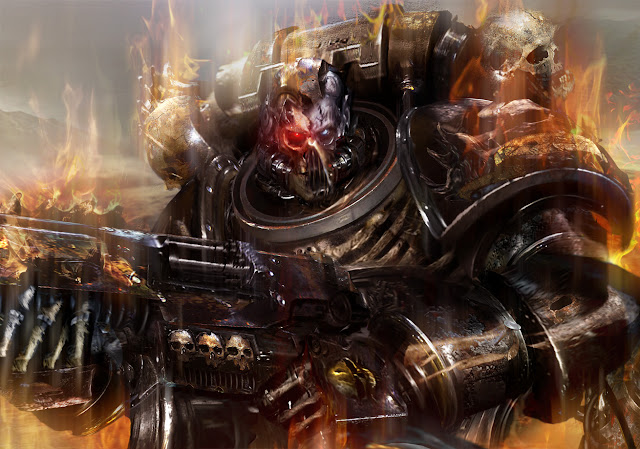 Whilst I've been getting settled in my new place I didn't want to work on commission models, as I just wanted to get into a nice groove before throwing my weight behind getting the Dark Angels and Assassins finished (hopefully both by January end!).

And so after finding them in a pile of detritus on my old desk I dusted off the Legion of the Damned and set to work on getting some more of them painted up! This comes at a nice time as despite having no other 40k miniatures to speak of, I was bought Codex: Imperial Agents for Christmas, and whilst some people have a dim view of it, as a fluff junky I love it! It certainly doesn't do for competitive 40k at all but I think I'll enjoy fiddling around with it and making a fluffy army with bits and bobs from all over the place, these guys included :). 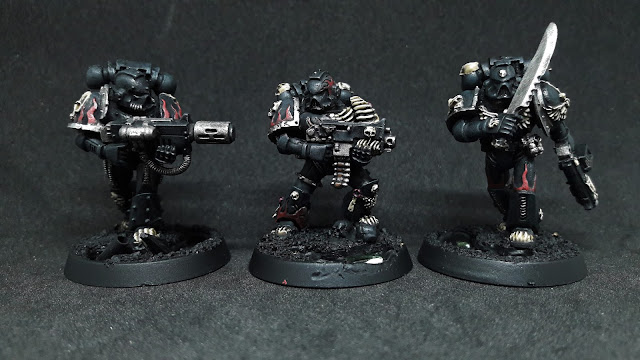 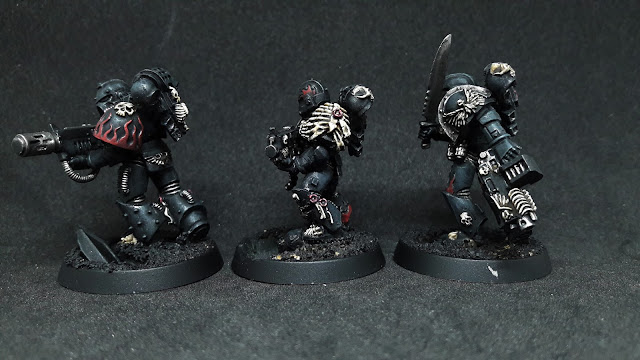 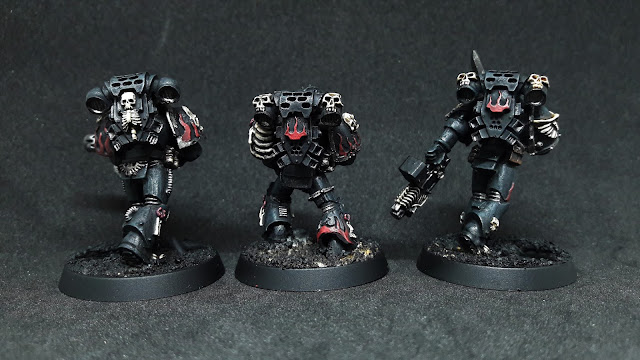 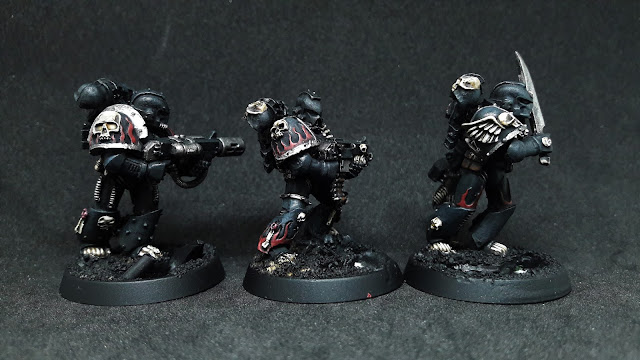 The metals and bone are largely done on these chaps, as is the wax of the purity seals. However the black, flames and eyes all still need doing along with a bit of post hoc drilling (still at the old place!) and some weathering too for the melta. I've gone off these bases and so once all 10 are completed they will be getting (very carefully) clipped off and put on to some resin cast bases.

Email ThisBlogThis!Share to TwitterShare to FacebookShare to Pinterest
Labels: Legion of the Damned