Ravenwing - The Command of Old 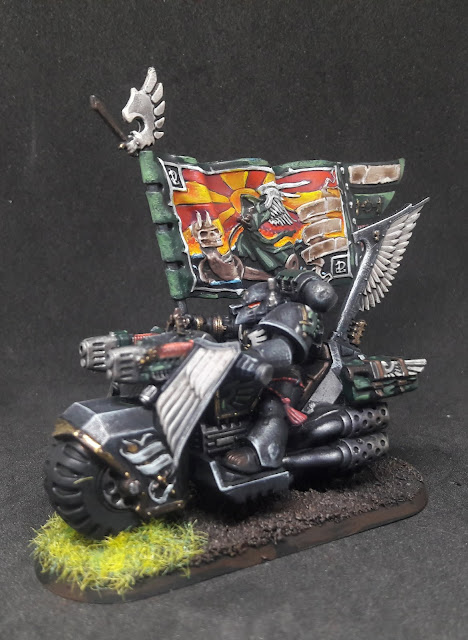 Whilst the Command squad of 7th edition is no more, they still form the elite of the Ravenwing and provide many excellent buffs in 8th edition, none more so than the banner in my opinion. But that is for another, different style of post.

I had a lot of fun painting the Command squad miniatures, they each provided their own challenges and each had to be approached differently. In particular the whites on the Apothecary and the banner on the banner bearer. Admittedly it comes with guide lines for a "paint by numbers" quality, rather than the glorious freehand many people are capable of! 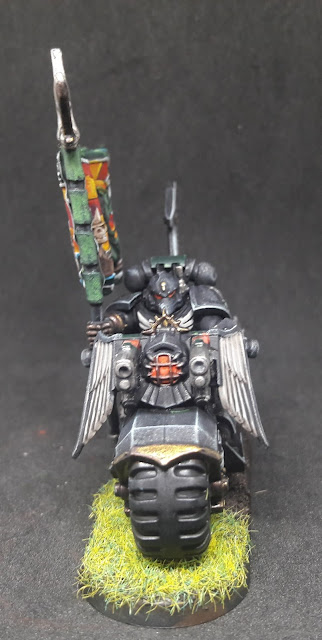 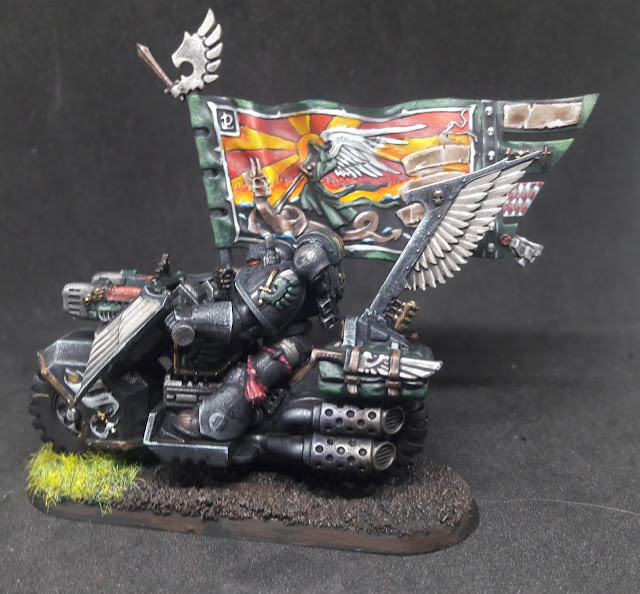 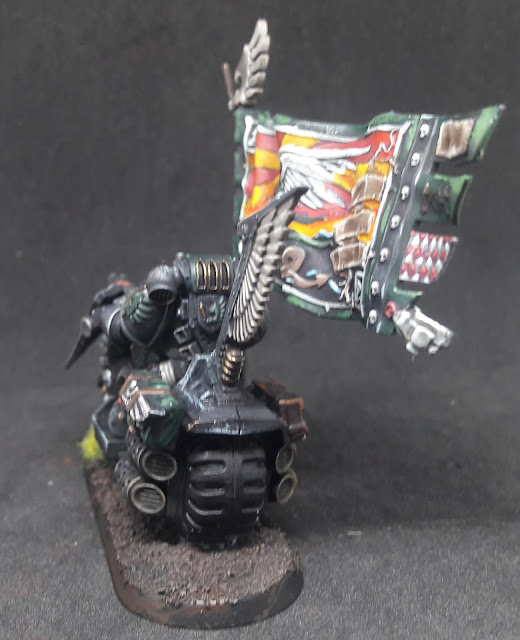 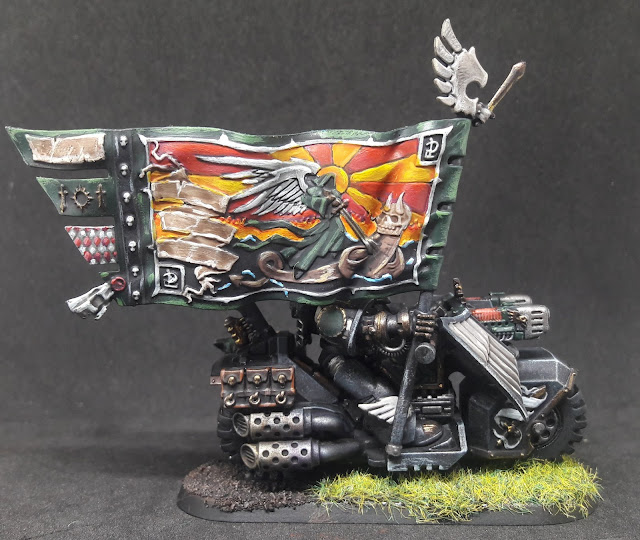 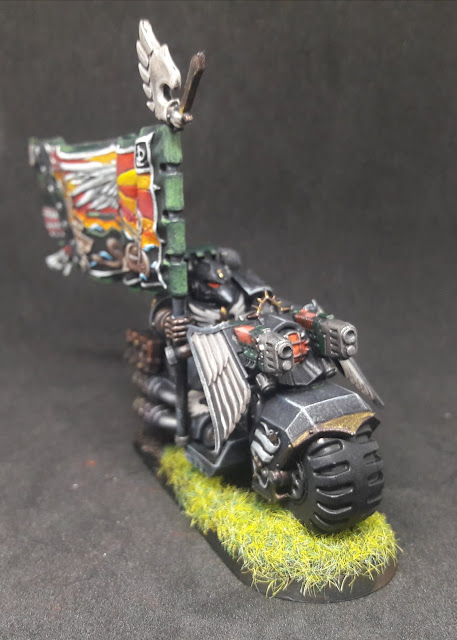 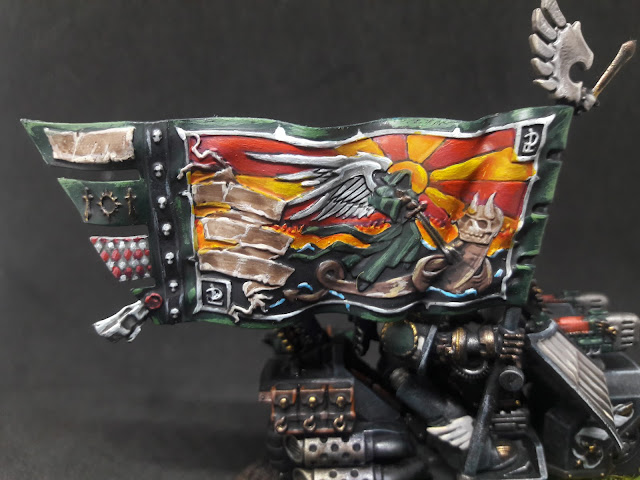 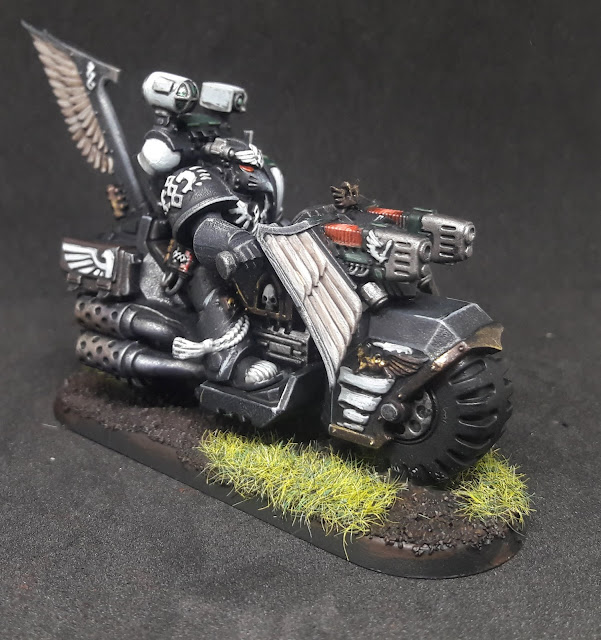 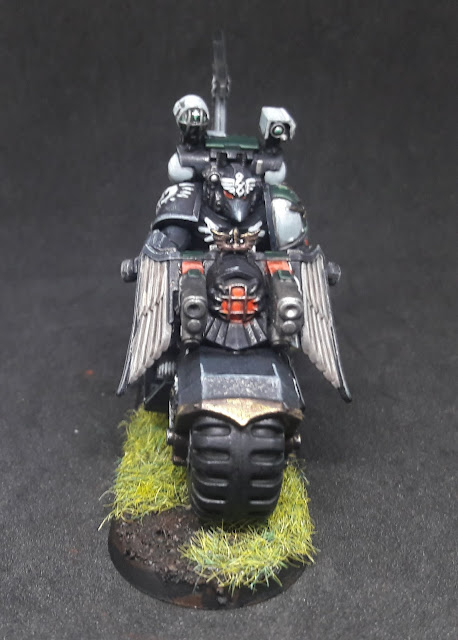 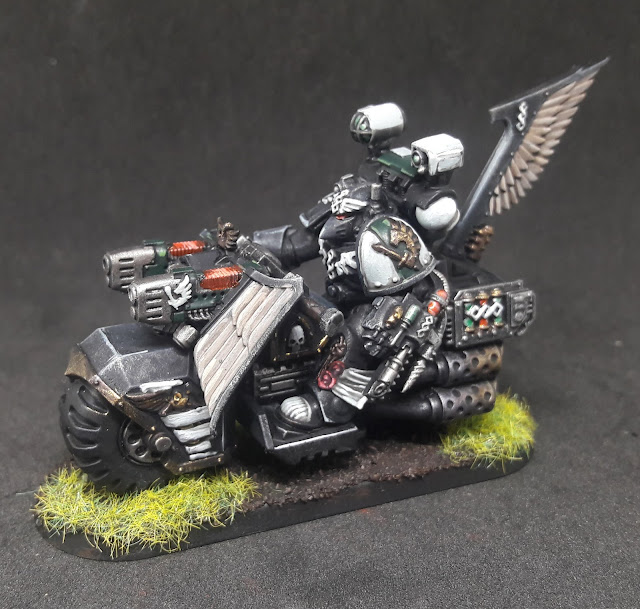 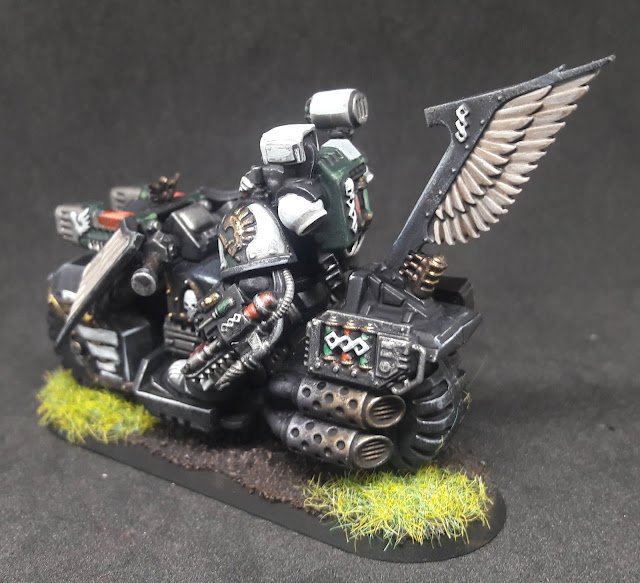 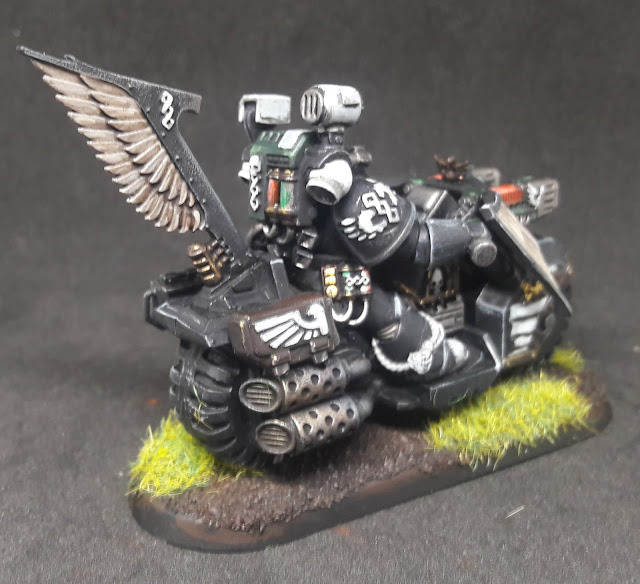 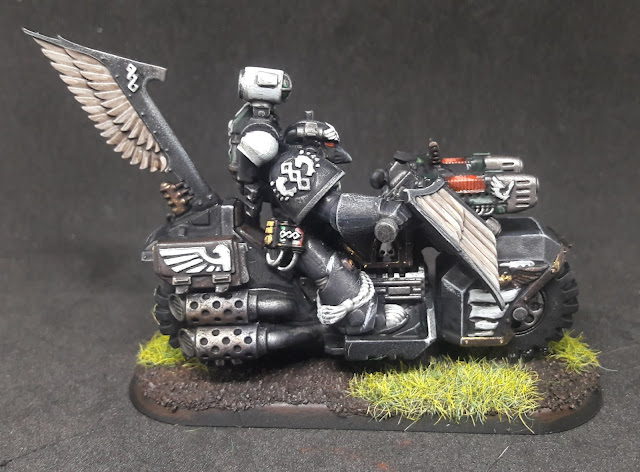 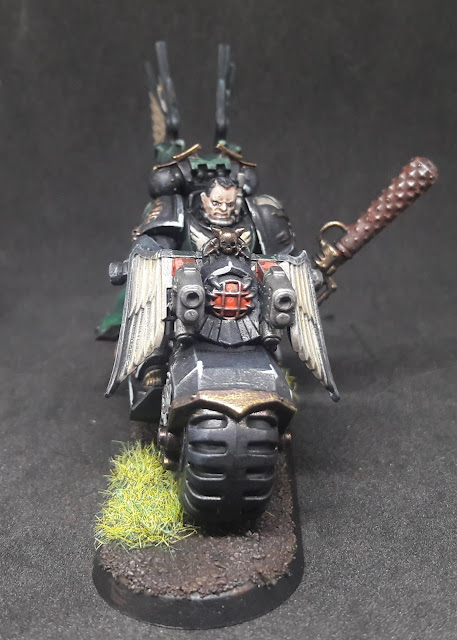 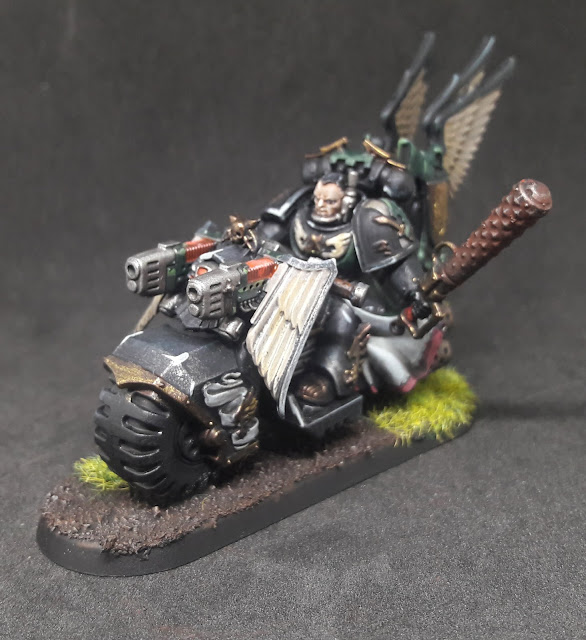 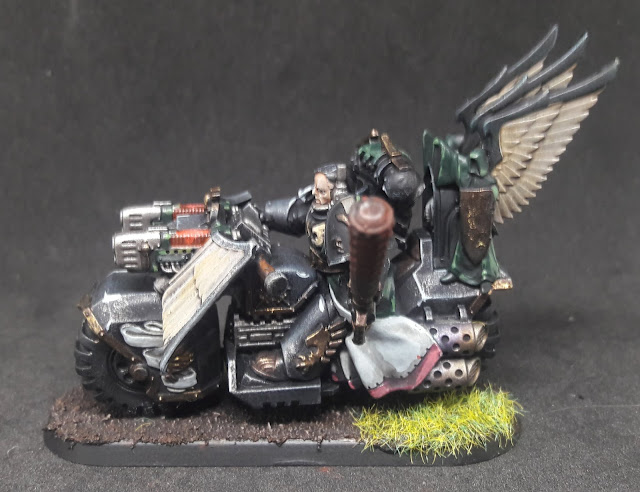 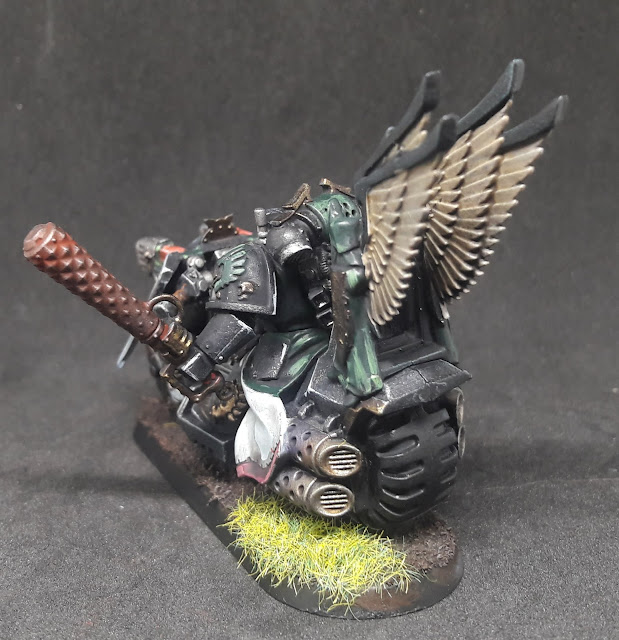 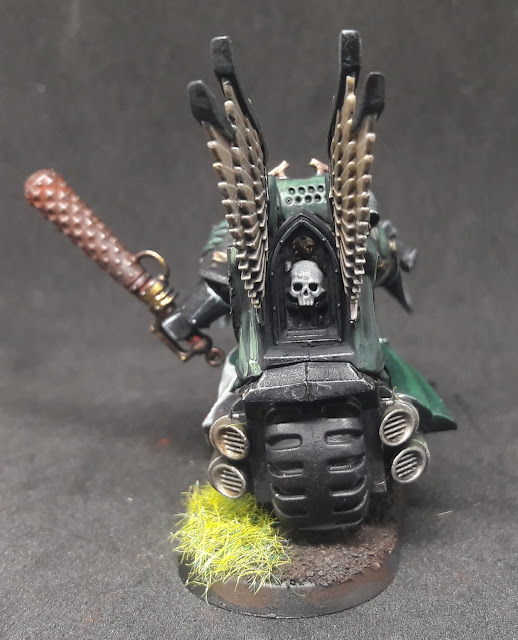 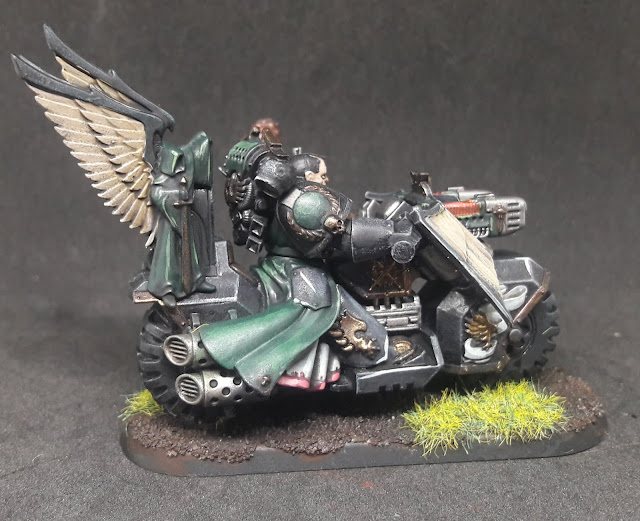 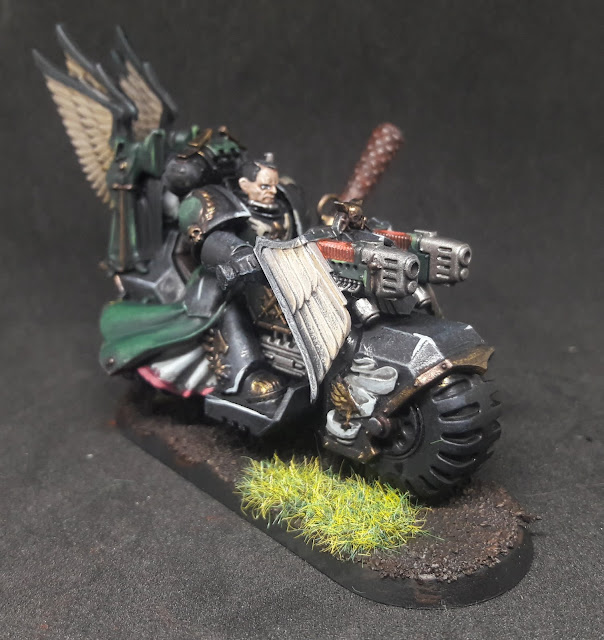 I considered adding OSL on to the maul, but I felt like the dull quality it currently has better suited the brute force bludgeoning nature of the weapon. Just one of those gut feelings, more than an artistically sound idea. You can also see the finished style of bases in these pictures, which all the bikes and flyers now have. This was done to match the Deathwing so they can be fielded as a nice cohesive force.

Still to come is the Ravenwing Dark Talon and Nephilim Jetfighter as well as the big bad, Sammael himself. As of typing this, the army is done and just awaiting collection, with somewhere in the region of 4,500-5,500 points of Deathwing/Ravenwing total painted.

When Russ comes to pick them up, I will be setting them all out for him to look at and I'll take a panning video with some thoughts from me about the army over the top. Hopefully that will give you a better look at the armies as a whole.