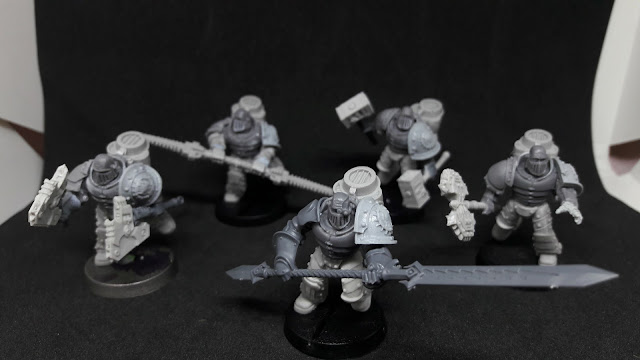 Today I spent a little bit of time building for my Shattered Legion force. This is an army made up of Emperor's Children, World Eaters and Sons of Horus (Or rather Luna Wolves!), that represent the loyalist forces on Istvann III as they defend the Prefector Palace following the virus bombing.

It won't be terribly competitive at 2500 points, as I have zero vehicles and have gone for very fluffy unit choices, but I just love the whole background behind it AND I have tried to use as many different third party models parts as I can to give it lots of flavour, sort of inspired by the idea that as they hold out against the traitors the loyalist forces would scavenge parts and mix and match armour as needed. 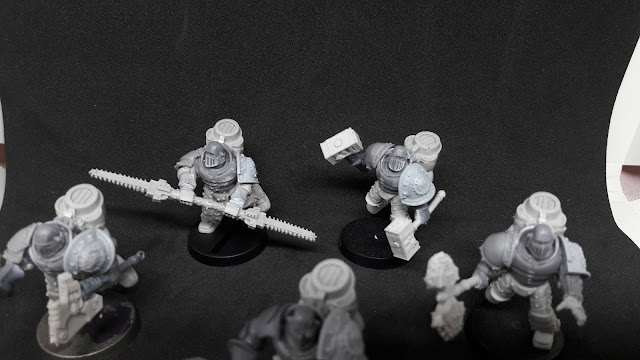 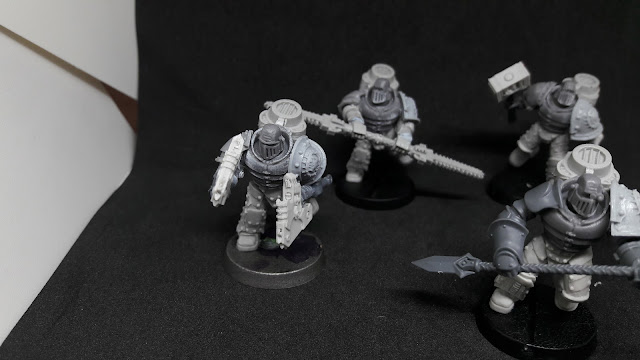 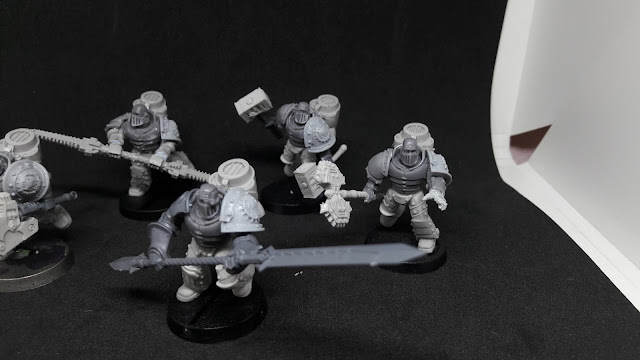 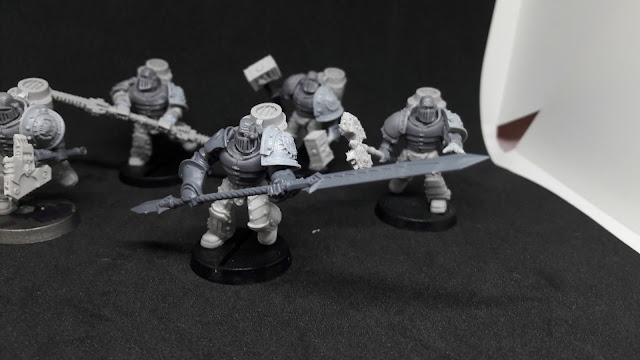 And I also got a package through the post from the Troll Trader on Ebay full of MDF terrain for my home table!! 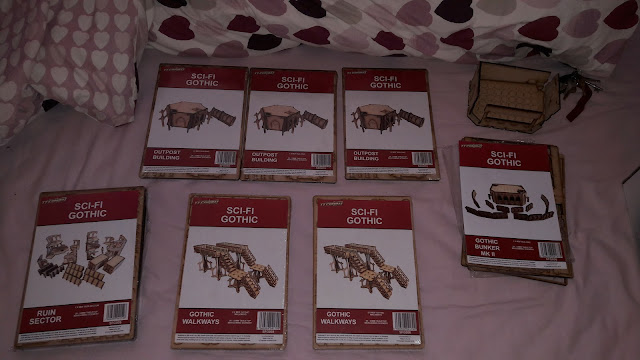 So I am looking forward to putting these together and playing on them!