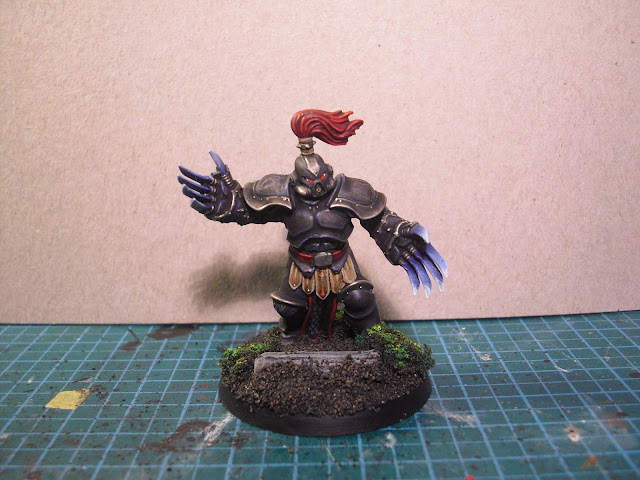 Someone expressed interest in a "How-To" guide for my 30k scheme for my Dark Angels. I took pictures at most of the stages, though as it was pulling together I got a little excited so there are a few jump cuts I'm afraid! But I hope that anyone who wants to repeat the above scheme will find this useful! 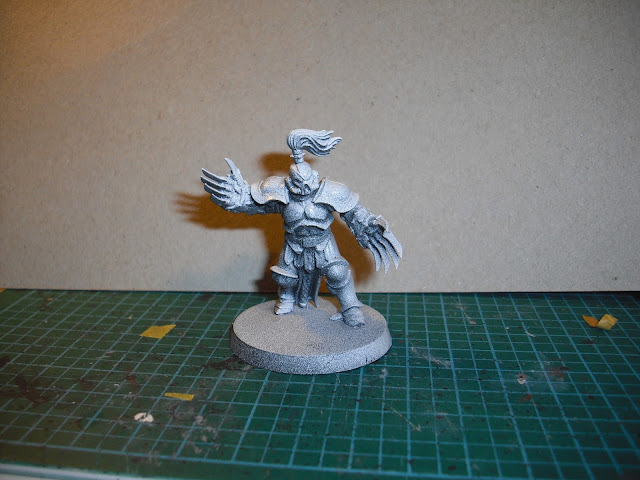 This was what the model looked like after undercoating. To get to this stage I undercoated with black and when that was dry I sprayed the model with white BUT only from one side. 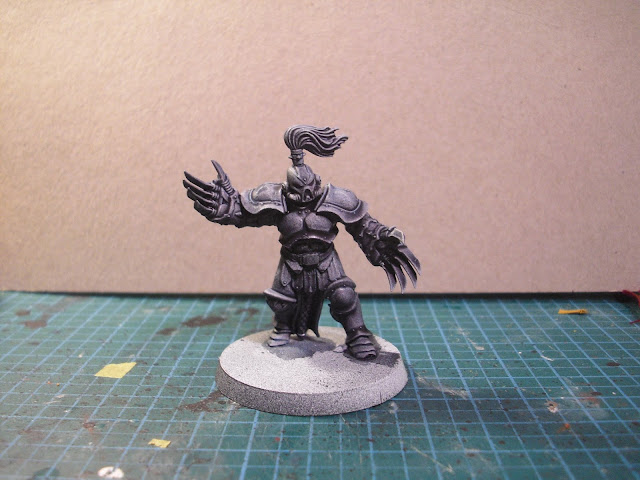 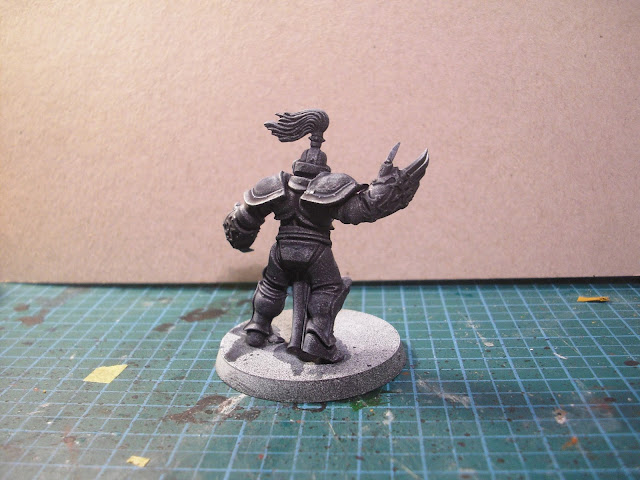 The model then got a wash of Drakenhoff nightshade all over. I am lazy so I just slapped it on, but I would think better more patient painters would actually restrict this wash to the areas they want to be black. The purpose of the blue is to add depth to the black washes that will go over it after. 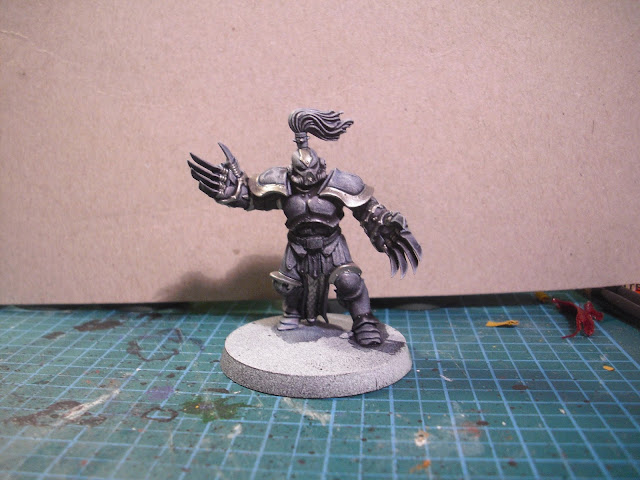 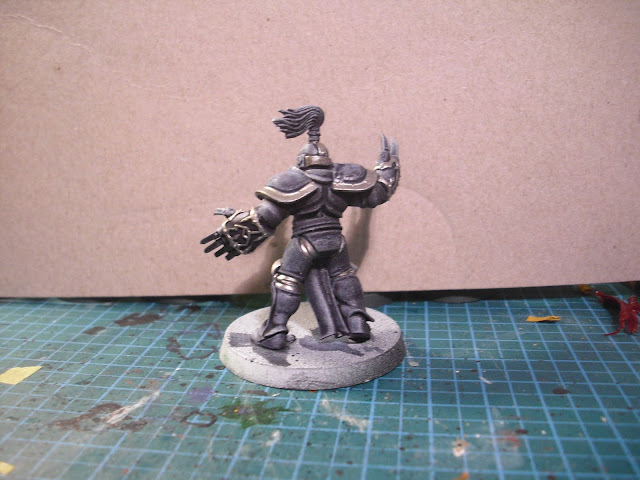 I wasn't sure how many washes of black I would add, so I decided to put on my leadbelcher now as I usually give that 1-2 washes of nuln oil if I am going for a dirty metal look, which I am with this model. 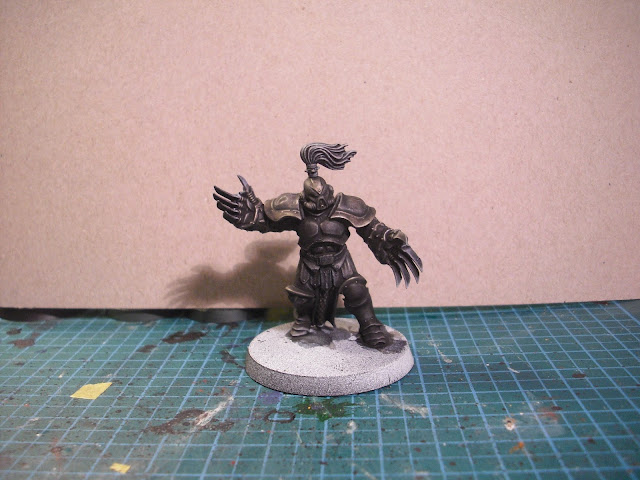 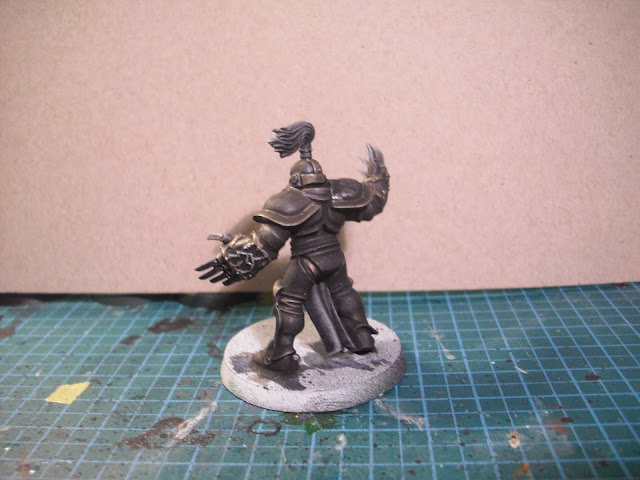 This is the model after TWO washes of nuln oil. I was just guessing here, but I thought it gave a nice black effect, going off the shoulder mostly, which would take the bulk of the light hitting the model I suppose... (or is that bullshit.. hmmm!) So I stopped here and went on to basecoat the other colours. 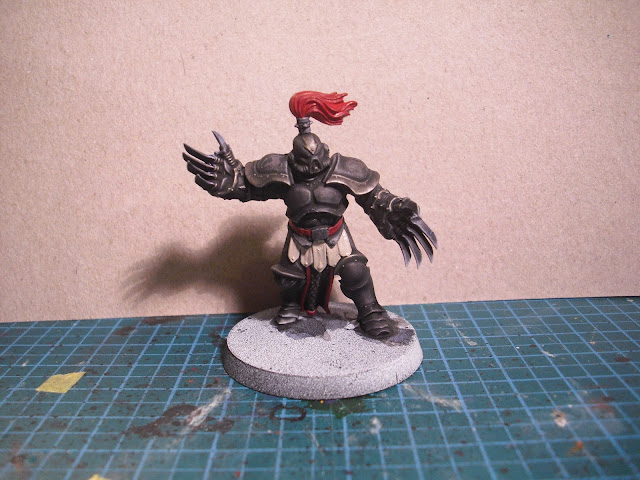 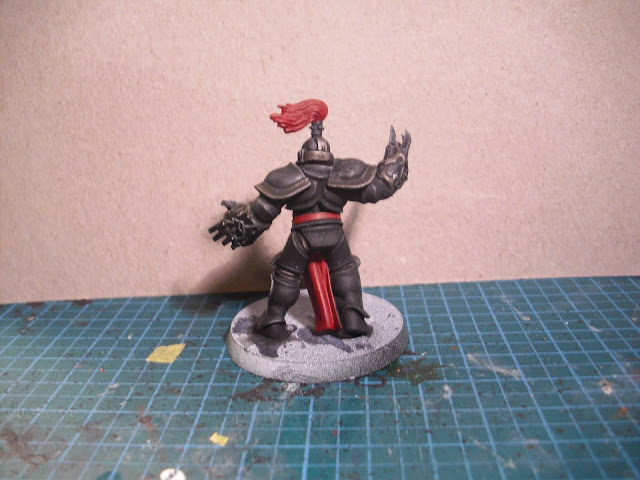 The model has had the red and cloth coloured here with khorne red and ushabti bone respectively. 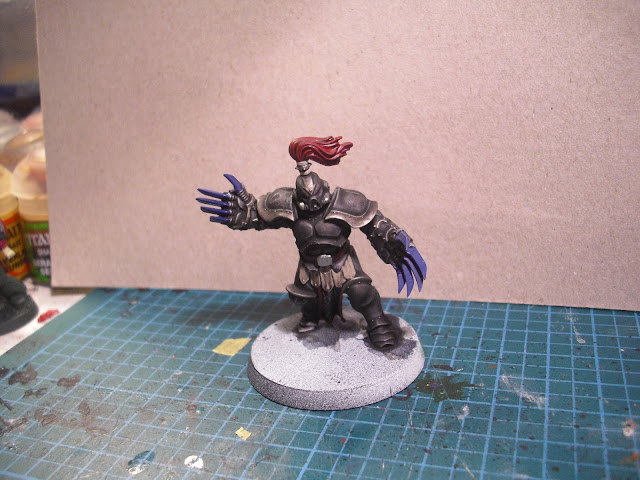 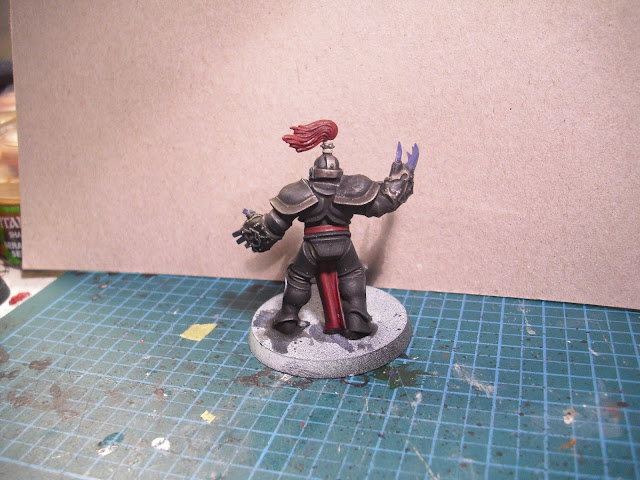 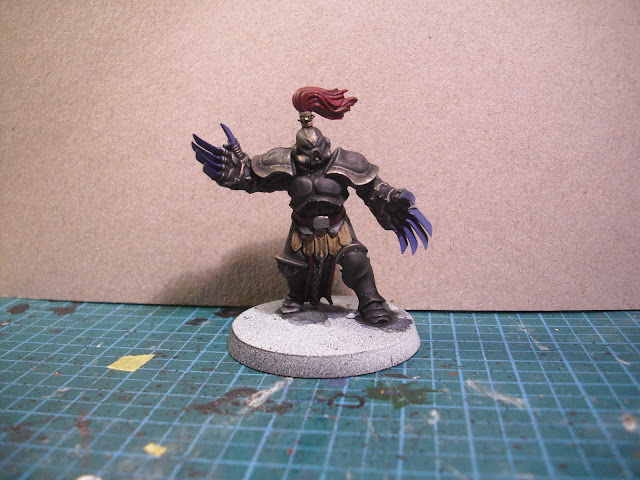 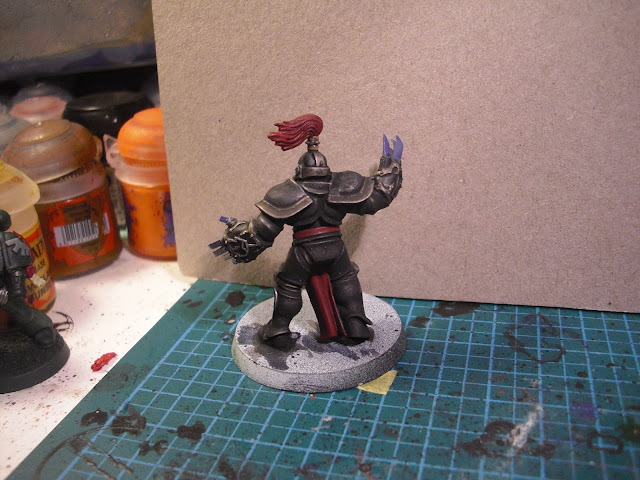 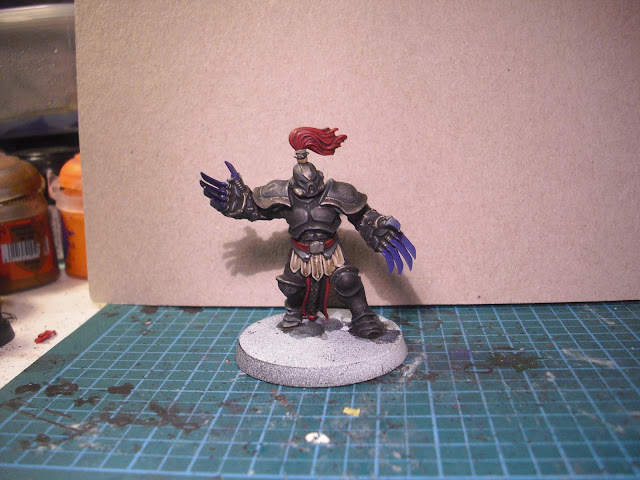 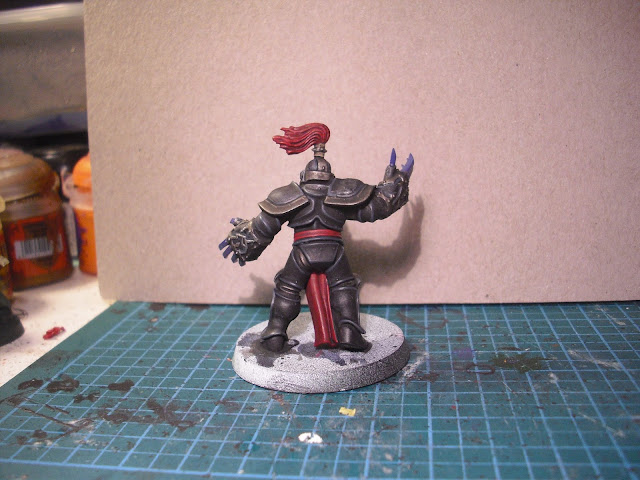 The cloth was given a light wash of seraphim sepia to blend the highlights a bit (didn't work all that well tbh) and the red was highlighted with wazdakka red.

EDIT: I also line highlighted the important edges of the black using Dark Reaper... Sorry I don't know how I forgot this first time! 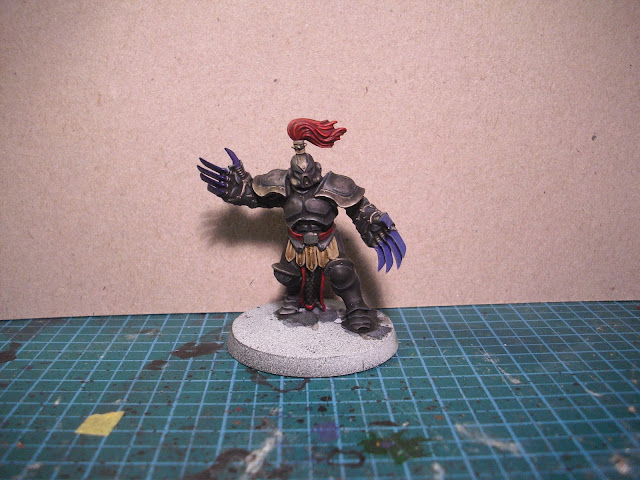 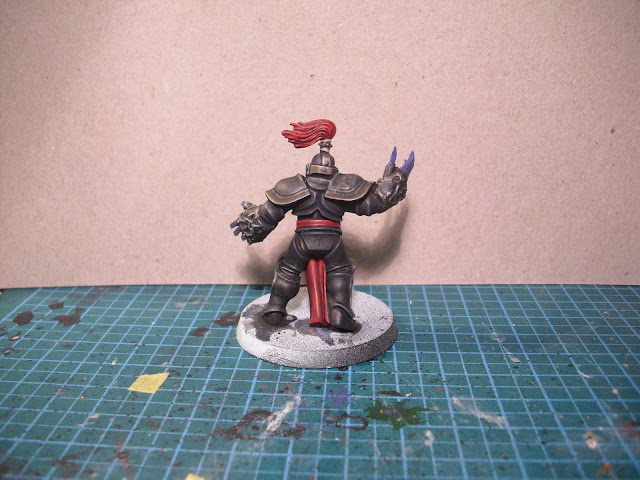 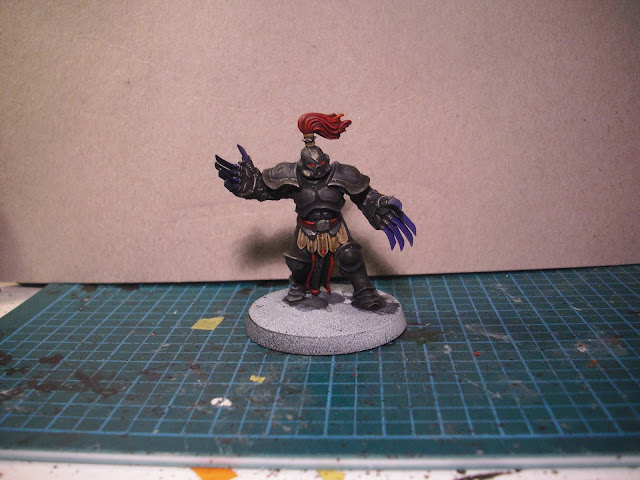 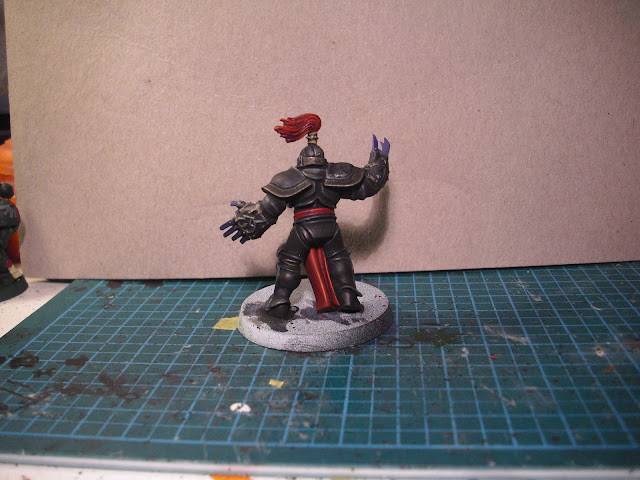 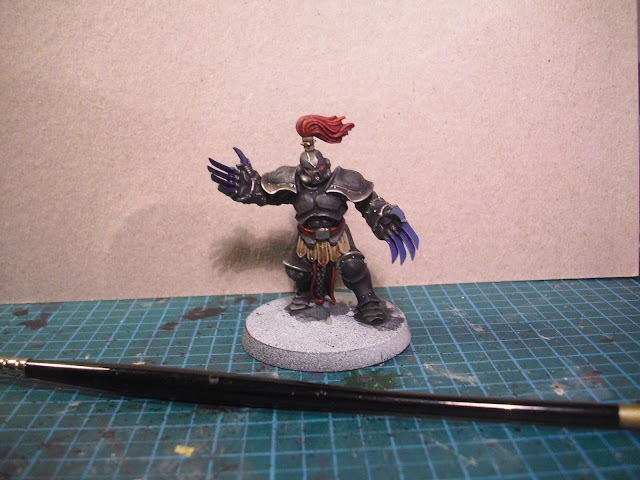 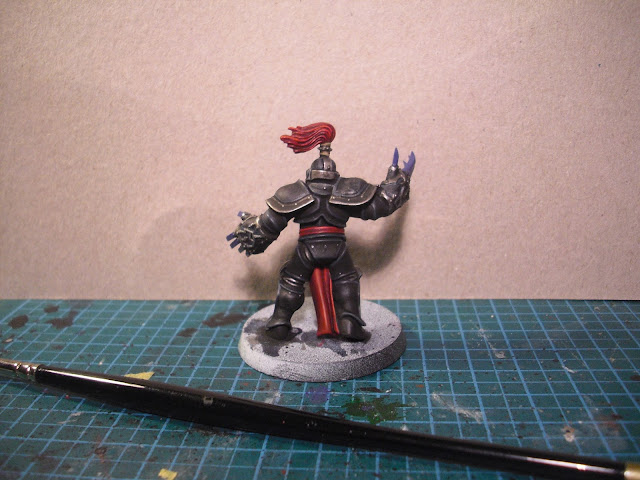 The silver was then highlighted with leadbelcher and wazdakka red added to his eyes. 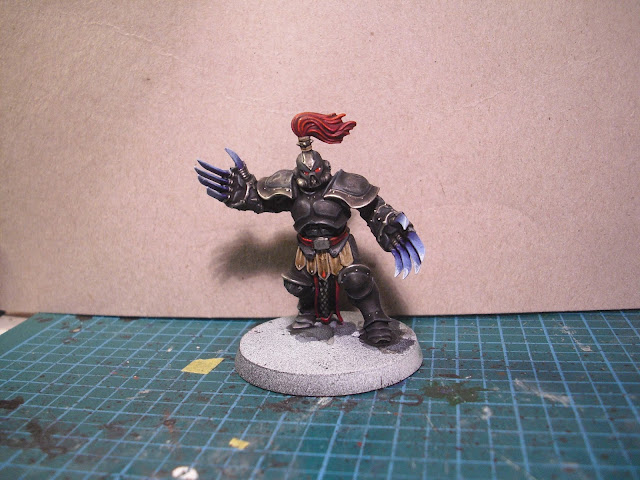 Finally ceramite white was added to the eyes and the claws were drybrushed to get that effect. I forgot to take pictures at each stage sorry!

Its important to overlap these layers so they blend. So don't stck rigidly to 3/4 or 1/2 of the claw but overlap them as seems right.

EDIT: I also used a TINY amount of macragge blue to highlight the highest points of the black. Again sorry I completely forgot to put this in originally!

And the finished model with whatever basing you care for!

I hope that helps even one of you out there :)