Hi one and all, 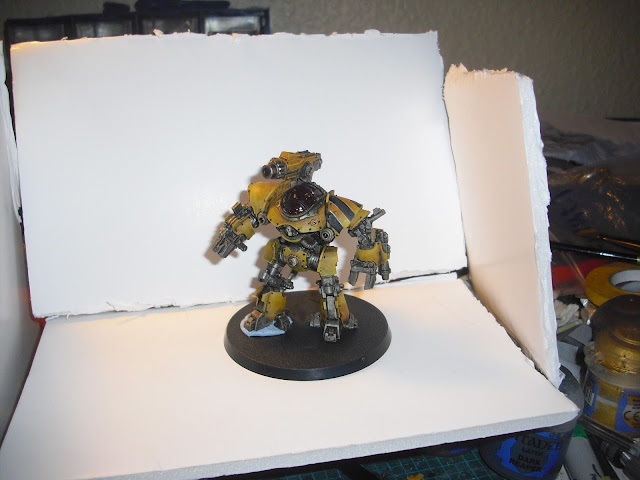 Today I am going to do another unit review for the Horus Heresy. But as I have started painting my Castellax recently (As you can see above and below!) I decided to start some unit reviews for the Taghmata Omnissiah :). You know the drill now for how these articles go, Stats, Equipment and Tactics!

The Castellax is a monstrous creature that can be taken in units of 1-5 and with a stat line to match as you an see below!

With a BS of 4 relative to a WS of 3 this already indicates that this is not a front line monster designed for melee. The 3+ is something of a downer, but remember that S4 will be hurting this on a 6 and it will be impervious to S3 firepower! A meltagun will be hurting this monster on a 3+ which should indicate its resilience, coupled with 4 wounds AND any cover you can provide, this will be a tough nut to crack. Additionally it also comes with Atomantic Shielding granting a 5++ versus ranged attacks and a 6++ against attacks in close combat!

Though not designed for melee, the Castellax does have the Rage special rule to give it a little edge when going it alone, but unless your hand has been forced, keep this guy back for shooting purposed!

Additionally the Castellax has two other special rules Reactor Blast and Support Unit. The former rule causes the Castellax to explode on a D6 roll of a 6 after it loses its final wound, which can be handy if in combat all alone! The latter rule means that though these beasts occupy the troop slot you cannot use them to fill compulsory slots or claim objectives (unless part of a Legio Cybernetica Cohort as discussed here).

Overall - the Castellax has a beefy resilient stat line, but you still want to use her carefully as AP3 high strength weapons will still ruin your day despite an invulnerable. Keep them in cover and and out of close combat! 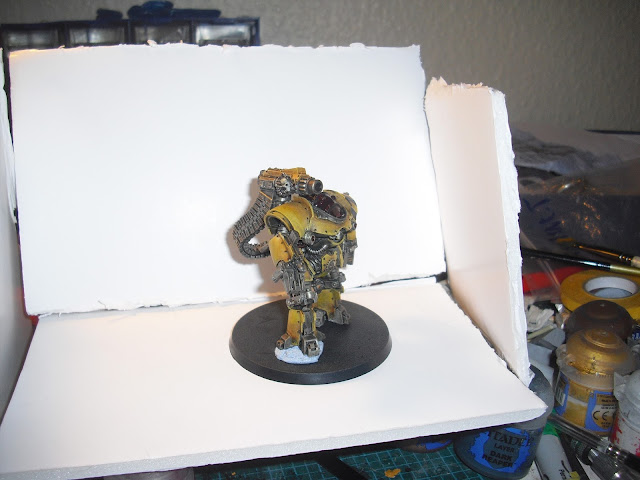 Boy do you get a lot for your money! The Castellax comes stock with 5 weapons!! Yes 5!! This includes 3 x ranged weapons and 2 x close combat weapons. What these are and what they do are discussed below along with any upgrade weapons you can take.

This will ruin your regular tactical marines day quite handily... Remember monstrous creature so no need to worry about the heavy aspect! This is a marine killer in the same way that its upgrade can be a tank killer...

OK so this is the upgrade you take for busting light tanks with ease and medium to heavy tanks on a 5-6. Strength 8 would make this an absolute steal, the strength 7 limits its tank busting capabilities but it will still munch through 2+ save troops at range. 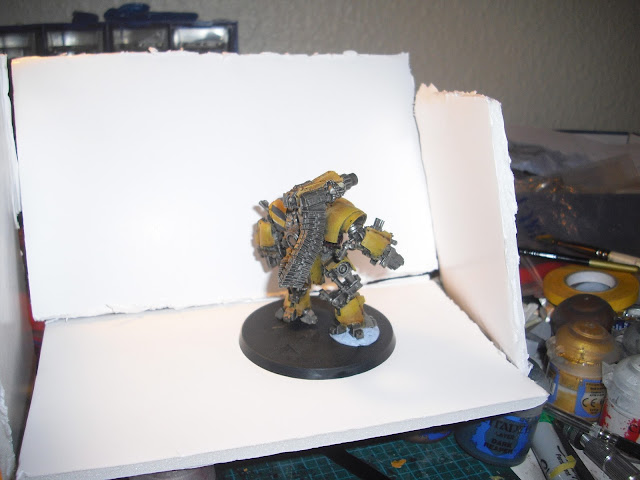 
The arms mounted weapons can either be bolters or be swapped out for regular flamers at 5 points a pop. You can swap one of these out for a flamer and leave one as a bolter. I actually think this is a good option with the mauler bolt cannon as you can maintain some ranged fire power with the bolter but have a wall of flame defence against charging units.

With the Darkfire cannon I would be tempted to go with two flamers to further dissuade close enemies. You aren't going to be damaging anything with the bolter anyway if you are firing at tanks so you might as well have some ignores cover duality against deep striking units clustered up.

You can also take a multi melta as an upgrade, though I would prefer to keep these as close up marine killers or long distance tank 2+ save busters.

Stock weapon - Shock Chargers - these add concussive to the close combat attacks of the castellax with no further profile. As you are a monstrous creature you still have smash attacks so go with them!

These both have utility, but with castellax I would stick purely with shooting. You have a concussive smash attack anyway and you are only fighting at WS3... If you want close combat units their are much better options than Castellax to choose from.

Searchlight and Frag grenades are as per usual, but you also have the option for an Infravisor that grant night vision but you test for blind on initiative 1. Finally you can have an Enhanced Targeting System. THIS IS AWESOME! You add +1 to your BS and -1 to the cover save of the unit you are shooting at! For the price (15) it is an absolute must take. Must take I repeat. 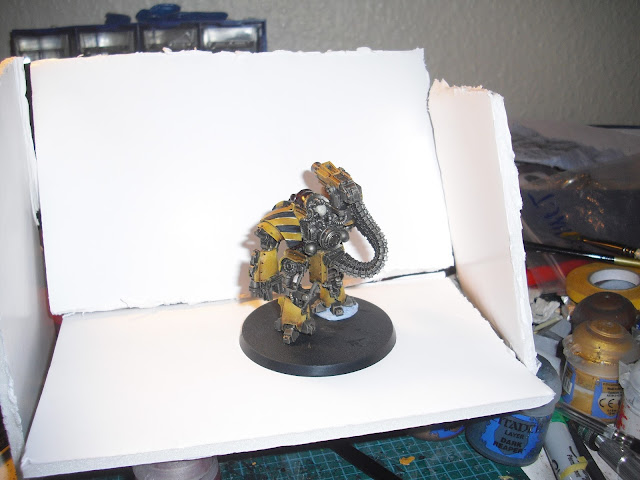 These are your tough survivable fire power bases. The Mauler Bolt Cannon has a short range so you have to keep your Castellax further up the line towards the enemy and focus them on 3+ save blobs, I think you have to have these in at least squads of 2 and you have to take enhanced targeting array to make sure that you hit those buggers and deny as much of their cover save as you can. You are going to be removing their armour save so cutting that cover save will really help take them down.

Similarly with Dark Fire Cannons I would keep them in at least squads of 2 and focus fire them on 2+ save squads or light to medium tanks again with your enhanced targeting arrays.

In terms of other upgrades I would take flamers as you feel like and skimp on all other upgrades, these are not close combat units and I wouldn't ever bother trying to take them as such. 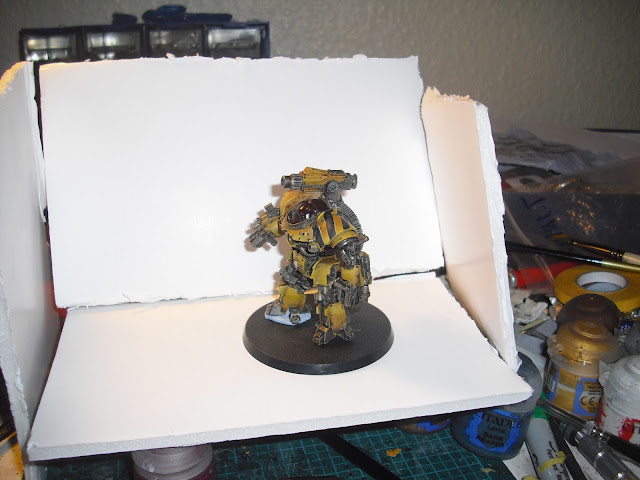