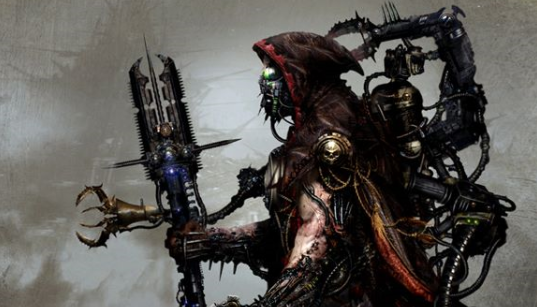 As I mentioned in my post yesterday you will be seeing a lot of these guys in the coming weeks as I try and get them finished pretty quick. So here is just a few update shots of the majority of the army built and primed for their first coat of wash which will build up to be the base yellow. 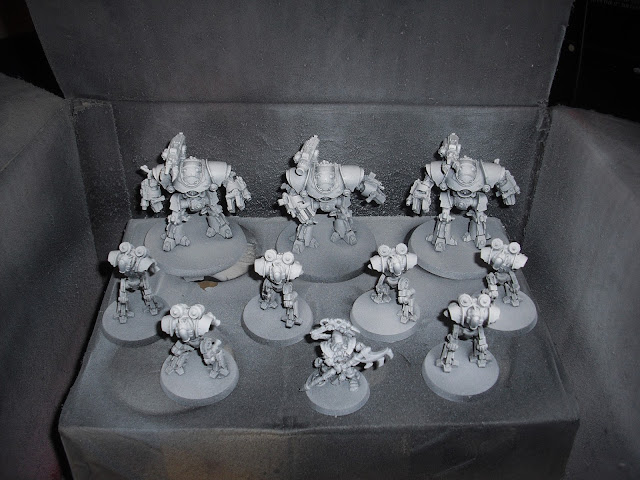 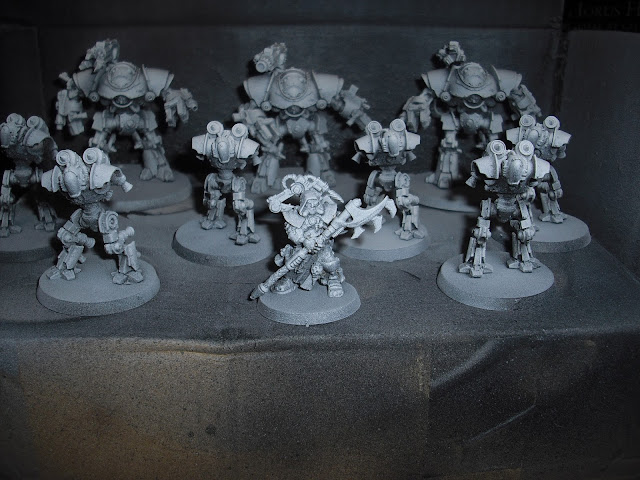 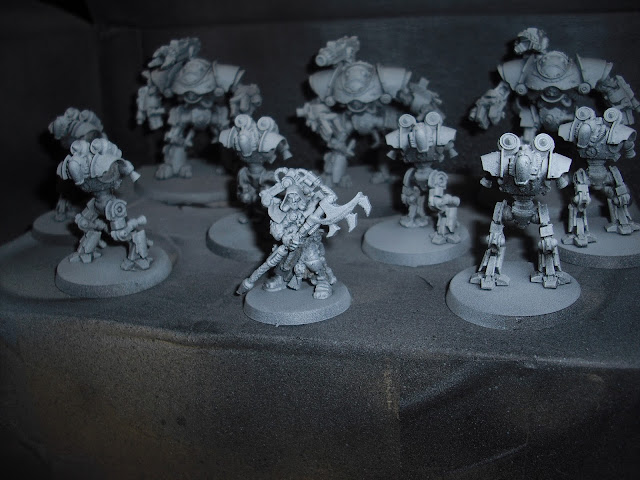 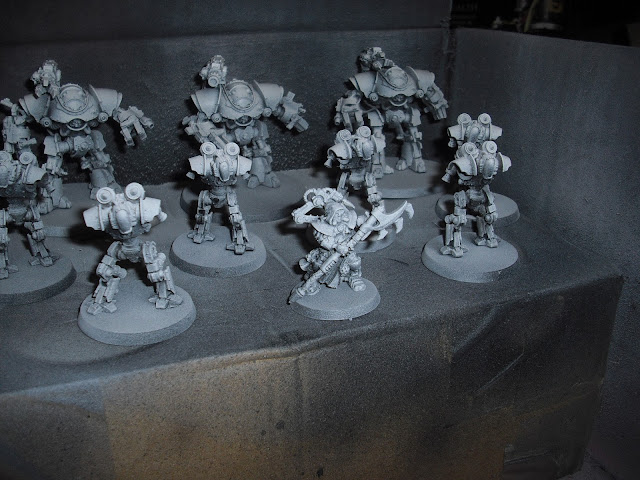 The Castellax on the left and right have had their Mauler pattern bolt cannons converted to be dark fire cannons using the claws from a dreadnought. This was inspired by the design of the Helix Plasma Mortar that the Thanatar comes with as standard. What you can't see in this shot is the guitar wire that I have run from the gun to the back as power cables instead of the big bolt ammo feed that comes with the bolt cannon.

The enginseer at the front I found on my desk whilst I was trying to create some type of order (a post on that big pile of fuck-uppery later this week) and I have no idea when or how I acquired him. But as I have no plans to use the Magos that came with the mechanicum bundle I bought (really don't dig the aesthetic) I knocked this guy up to be one in the meantime whilst my alternative counts as model arrives. I'm pretty pleased with how he turned out for a few minutes work.

Aside from these guys (and the 3 Thallax you saw already yellowed up yesterday) I need to convert two Thanatars from some models that arrived the other day. These won't be done in time for my game with these guys on friday so I'll have to proxy them, but I will have some posts up about that build soon!