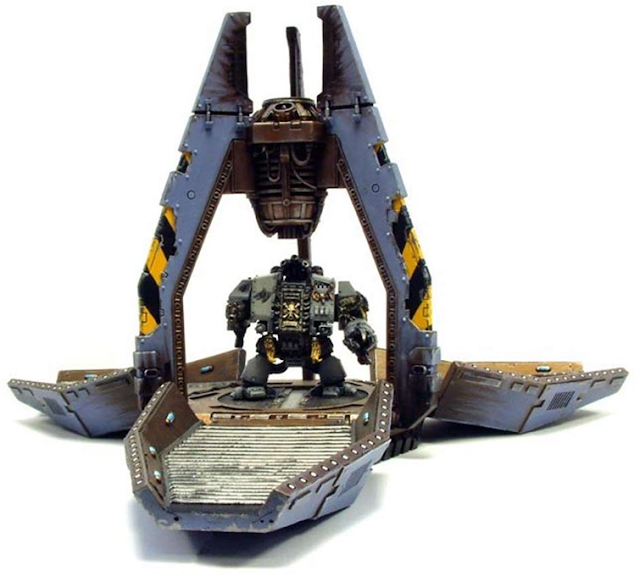 Today I'm going to go over a relatively simple unit that has huge boons to grant to some of the more maligned units in the game of both 30k and 40k. The humble dreadnought.

The drop pod costs 65 points and can carry a dreadnought of any type. This includes all contemptor variants as well as the leviathan dreadnought.

Overview - Just a regular drop pod statline, which is a little annoying considering its massive bulk compared to a normal drop pod but should do us fine all the same. 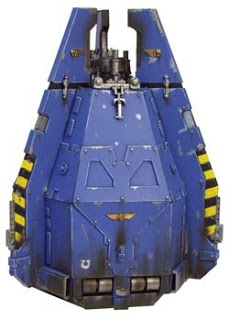 The special rules are what make this drop pod so efficient in transporting dreadnoughts.

Assault Vehicle - This is a big one. Firstly you need to note that you CANNOT assault on the turn on arrival. But it does mean that you can stay inside the drop pod, giving you 3 ablative hull points that are sat behind a 5+ cover save to help protect your dread.

Overview - This is designed entirely to deliver and protect its payload and that is why this crucial investment can be worth its points. 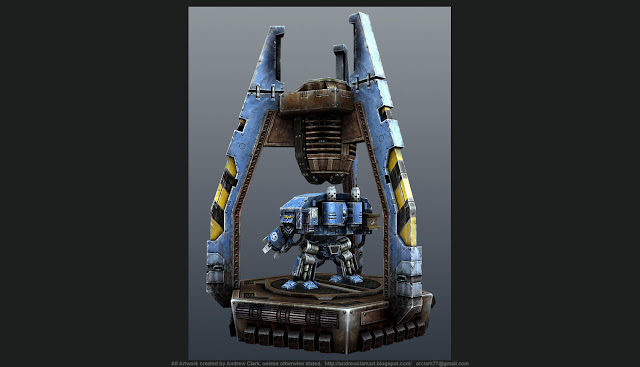 If like me you enjoy the idea of a super powered dreadnought smashing into the enemy then this can be a HUGE boon to your deployment of said dreadnought. The leviathan dreadnought in particular benefits from this as not only is it well designed to punch stuff to death, but it also has several short range shooting weapons (phosphex being a prime example) that work better up close.

The dreadnought drop pod allows you to land close to your enemy, SHOOT as it is open topped and then sit inside with the drop pod and shrouding to take the return fire. Then in the next turn you have a decent chance of getting a charge off, depending on where your scatter landed you.

I think the points investment is warranted on any dreadnought that will benefit massively from either close range (short ranged shooting or close combat), or will benefit from denying cover saves to the enemy for a couple of turns. As landing close should massively mitigate this as an issue.

Overall - If you are sinking a lot of points into a dreadnought because of it being a special variant or even a character (Rylanor the unyielding) then I think the dreadnought drop pod is an often much maligned delivery system that is brilliantly designed to aid you. I hate building them though.