What is the up people of the tube? 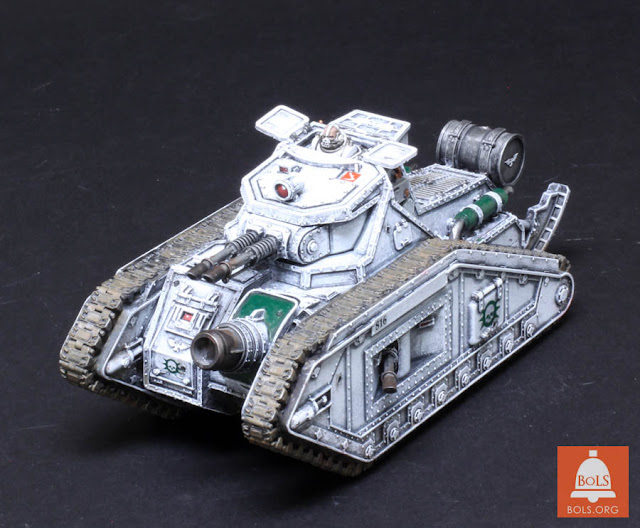 Today I'm going to run through one of the slightly more esoteric lord of war choices for the space marine Legiones Astartes. That is the Malcador Assault Tank. Esoteric as it is not something you hear about or see very often with regards to use in Space Marine legions, but more closely related with the Solar Auxilia or 40k Astra Militarum (its the guard god damn it!).

Despite this I think its a pretty cool choice all round, if a little expensive, but maybe something to consider! Its also hella pretty to my eyes, certainly better than Leman Russ tanks! As a side note, I nicked all the picture for this from Bell of Lost Souls as you can see by there watermark :)

The Malcador Assault Tank is a Super Heavy tank which occupies a lord of war slot when taken by the Legiones Astartes and has the following basic profile:

In addition to this it is important to remember that this is also a FAST tank!

Overview - Costing 300 points for the basic variant you may be put off by its BS3 and the fact that you are taking this over Primarchs and other LoW choices but it does have more to offer.

A singular special rule for this vehicle, but one that gives you a near unprecedented level of versatility.

Battle Speed - Basically this tank has a version of the Eldar Battle Focus!! If you choose to go flat out with the Malcador in the shooting phase, you can shoot your main armament only (battle cannon or twin-linked lascannon) before or after you turbo boost at FULL BS!

Overview - this allows you to gain better firing arcs or even put shots into a unit before speeding away behind cover. Very handy! 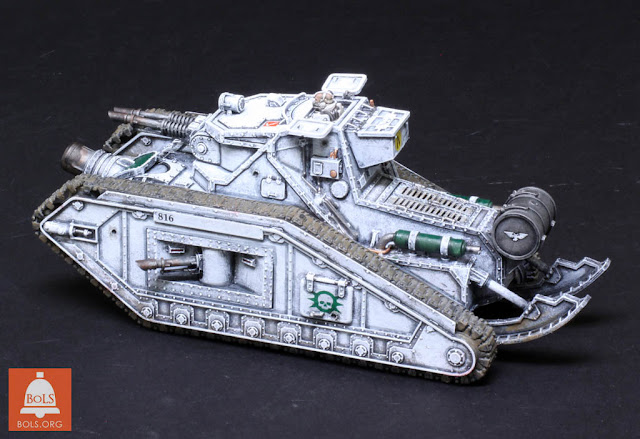 Hoo boy, a fair amount here and lots in the options too!

A tasty weapon to be able to fire whilst still getting your flat out moves. Plus with a low BS you are only altering your scatter by 1" compared to BS4 with an equal chance of rolling HIT on the die.

Overview - So, stock at 300 points you get a resilient super-heavy that is a fast vehicle that puts out low, mid and high strength firepower (remembering they can target separately) AND you have the option to make flanking evasive manoeuvres whilst giving up firing all your secondary weapons. Not o shabby. 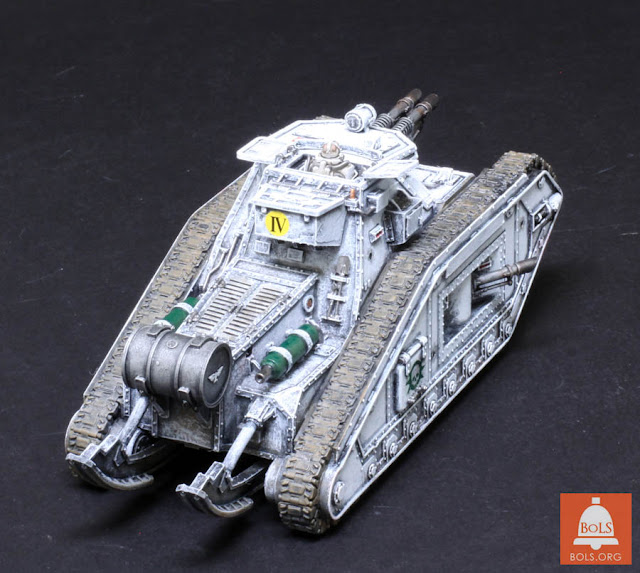 So many options! Lots to get through so lets start shall we!?

Twin Linked Lascannon - A straight up swap for the Battle cannon that focuses more on tank hunting than it does on crowd control. The BS3 would suffer here but twin linked gives you some measure of reliability.

The hull mounted autocannon can be swapped for a DEMOLISHER cannon! Thats right! For the low low price of 25 points you can turn your tank into a double large blast bastard with that fantastic survivability of a super heavy coupled with FAST speed to help mitigate the demolishers short range. I love this upgrade.

Your sponson weapons can be swapped for one of: Autocannons, heavy bolters, heavy flamers and lascannons. Whether or not you take any of these upgrades/which ones will depend on how you want to play the Malcador. If you want to make great use of its Battle Speed rule then there isn't much point in shelling out 30 points per lascannon pair upgrade to inflate the cost with weapons you won't use greatly, but if Battle Speed is just something to use when it suits, you may well consider taking any and all of these, with Autocannons and Lascannons the top choices.

MOAR WEAPONS! You can also take a pintle mounted twin-linked bolter, heavy flamer, combi weapon or heavy stubber. And hunter killer missiles are available. Honestly these are just wasted points and I would ignore them.

Defensively you have the option to take armoured ceramite, and a flare shield. These will really add an extreme level of survivability to this super heavy with all but the most dedicated of fire struggling to bring it down. But at 55 points for the two this is pushing the tanks cost waaaay up. One or the other would be my best estimate, probably AC if I had to choose.

Finally you have two additional options. A Space Marine crew and a Command Tank upgrade. The command Tank upgrade is great in a Legiones army that lacks ATSKNF as it has a 24" range re-roll of failed morale checks buff. Stick it in the middle of the board on hammer and anvil and you have a 48" bubble that covers the board width and 2/3 of its depth if deployed the full 24" in. This is important in helping stop you run off the board!

The space marine crew gives you BS4. This is significant if you opt for all the none-blast options on the tank giving you more bang for your buck so to speak! 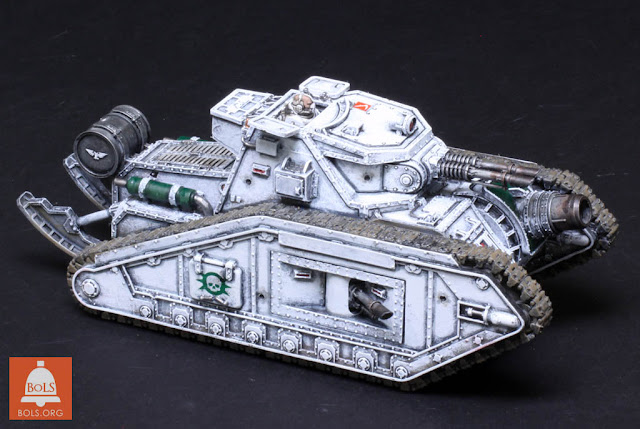 The most important things to bear in mind with this tank are A) what do you want it to do? and B) Don't get too many upgrades!!

If you want to take this cheap as chips with great effect then I would opt for the demolisher cannon and armoured ceramite. This gives you TWO large blasts, one at S8 AP3 and one at S10 AP2. The Battle cannon as a pretty wide arc of fire due to its traverse mounted set up which allows you to splash blasts all over the field. This set up also helps mitigate your lower BS and mean you can avoid taking the space marine crew upgrade relatively care free. This variant will set you back 345 points.

Alternatively you can take it stock with the command upgrade and AC which will cost you an equal amount of points at 345. This variant is designed to lay down serious fire but importantly buff your army with that morale re-roll. If you play an army that relies on turn 2/3 charges then you are going to be taking fire and you don't want to run away! This tank will help invariably, both with the buff and also hopefully taking fire whilst it lays down its shell on top of the enemies squads.

Finally, the third variant I would consider is an all lascannon pimped option with the twin-linked upgrade, the two lascannon sponsons, space marine crew and maybe AC OR the demolisher cannon. Fast moving and putting out 3 lascannons a turn along with maybe that S10 AP2 blast it will HURT your opponent. But it will set you back a full 370-400 points. Which for me is just too pricey.

Overall - I think this is a highly versatile tank that allows you to fulfill multiple roles on the battle field depending on what you want it to do. I think there are very few vehicles that can do this super well in the Legiones list (spartan/sicarian nonwithstanding) and this should definitely be considered!