The Loyal Emperor's Children on the Burning Horizon - Versus Word Bearers 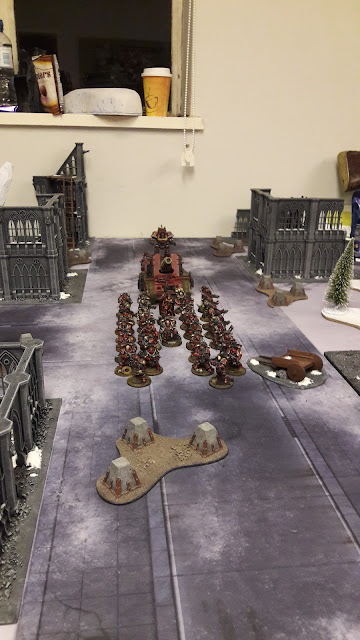 I had my 1350 points of loyalist Emperor's Children nearly finished and so I played a fluffy game against my mate Ed and his stunning Word Bearers army. This was a custom assassination mission, with the Word Bearers column attacked on all sides by the loyal III who were attempting to kill the Praetor of the traitors. The leader of the Burning Horizon.

All the EC units infilitrated so no first turn charges, and were granted first turn automatically. Night fighting was in play and would continue on Turn 2 on the roll of a 4+, a 5+ on Turn 3 and a 6+ on Turn 4.

The column of traitorous heretics march down the avenue

The Few. Loyalist Palatine Blades and a Legion Champion lie in hiding 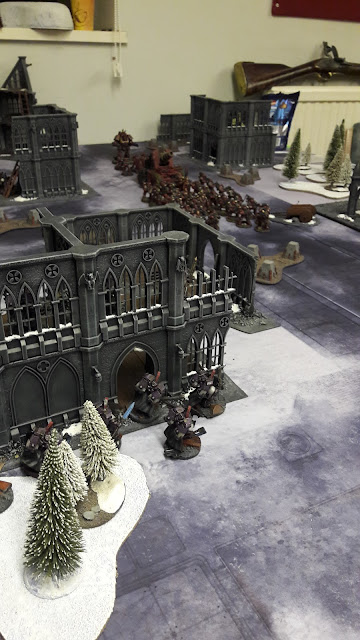 An assault squad prepare a frontal assault to draw fire 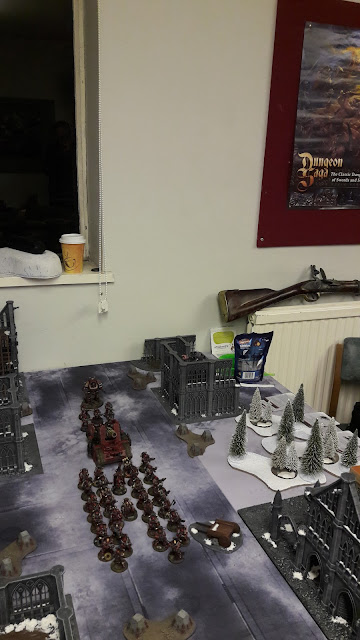 In the distance, Rylanor marks his foe, the mortis contemptor, with a raised fist. 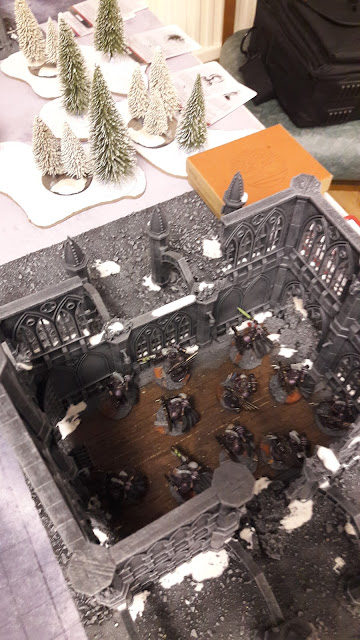 In the ruined reaches of a librarius, Saul Tarvitz and the Breachers lie low in the shadows. 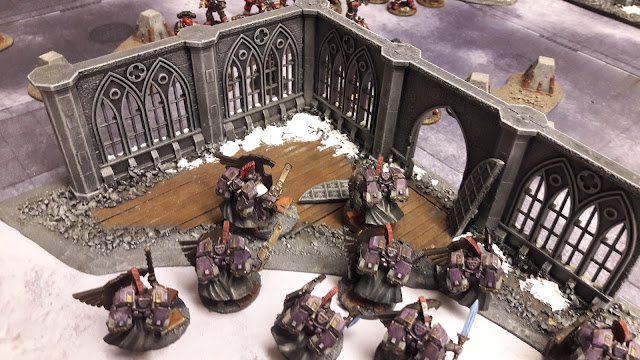 The assault marines falter as they skitter over the ruins, jump packs failing to carry them to the enemy. Making do, they hunker down behind the remaining cover to face the fury of a legion. 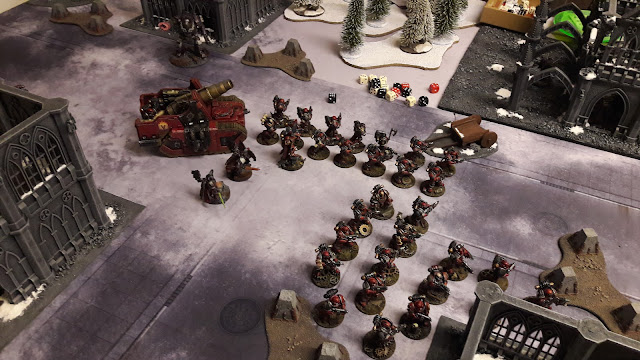 The prefector of the Palatine blades and the Legion Champion survive the onslaught of the Kheres Mortis and plasma support squad to charge the Praetor and his remaining 14 legionare bodyguard. A suicidal charge to cut the head from the snake lest it strike with fangs prepared and envenomed. 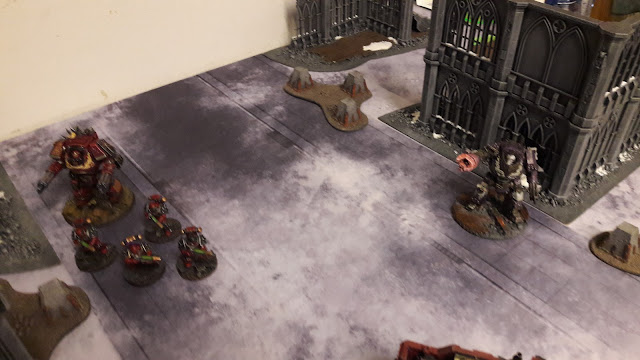 Rylanor sites his foes and cuts many down with his hissing hot kheres, the snow turning to steam as it touches the blisteringly hot gun barrels. 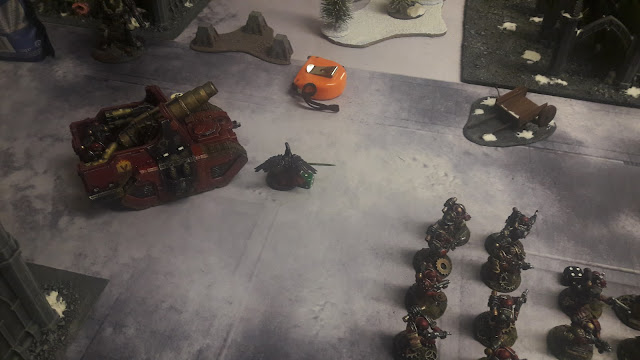 The Legion Champion swings his phoenix spear along with the prefector and slay many a foe. In the panic that only a traitor can know, the Word Bearers Praetor attempts to flee, but rising on wings of justice and fury, the Legion Champion cuts him down, even as his fellow prefector falls whilst taking many legionaries with him in his death throes.

We continued the game for another few turns for fun but called it at the end of turn 4 as a victory for the EC with the initiative and combat resolution shenanigans spelling an end for the enemy leader!

The beautiful word bearers army is under the ownership of Ed from my local club. We've started playing purely custom fluffy games as Ed is a fluff junkie like me so we can really sink our teeth into custom game scenarios.

Ed also has a big chunk of fluff written for his Word Bearers; as you've no doubt guess known as the Burning Horizon. I'm planning on taking some close up high quality pictures of Ed's army and joining them on to his fluff in a serialized manner for you guys to read on a bi-monthly basis.

Ed is a teacher of English and the fluff is very good! So I am hoping you guys will enjoy reading some well written lore along with beautiful pictures of his army. I am very jealous of how lovely they are!