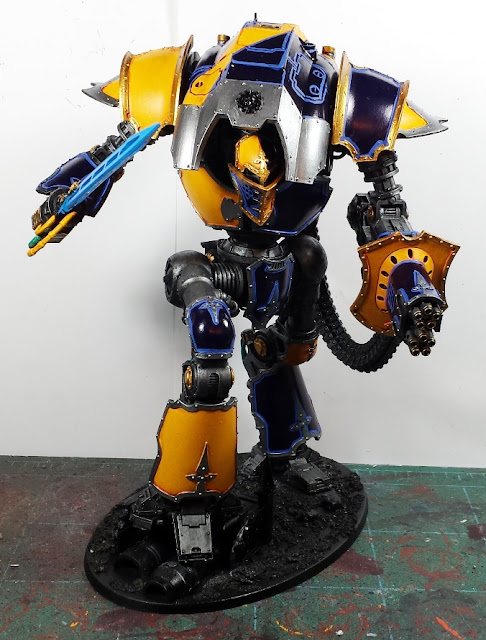 This beauty comes from the most excellent Mordian7th.blogspot.com :)


Todays post is the beginning of me doing a run down of all of the Cerastus Class Knights that are available for use in the Horus Heresy, though obviously these are also available for use in 40k. I only really intend these reviews to be pertinent to 30k as I have greatly dialled back my 40k participation. Though Deathwatch has piqued my interest I must say with modelling opportunities abound!

The castigator comes with the following stats line: 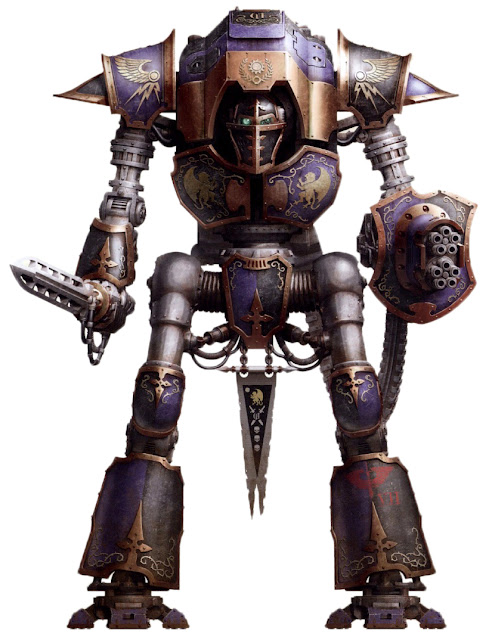 The Castigator has two fantastic pieces of equipment:

Error in the code - reboot - it is twinlinked! on average (and without cover) you will be blowing away 6-7 marines a turn with this beauty.

The Warblade is not a D weapon, which is a good thing in my book! With a re-roll to armour pen you are unlikely to come away empty handed even against a landraider, and with 5 attacks on the charge you have a decent chance of blowing a Spartan or at least seriously crippling it.

The real beauty here is the fact that Deflagrate will allow you to roll an additional number of wounds equal to each unsaved wound taken by the enemy, so basically melee volkite. However when you combine this with the Tempest Attack it gets tasty.

Tempest Attack lets you forgoe all normal attacks and instead opt for an Initiative step 2 attack that AUTOMATICALLY hits every model in base contact with you. Against power fist or thunder hammer terminators you are going to hit all of the one in base contact automatically and wound on a 2+. If they fail their invulnerable and die then you get to roll again with deflagrate! At S10 this will also double out any pesky 2 wound termies (looking at you Firedrakes!) 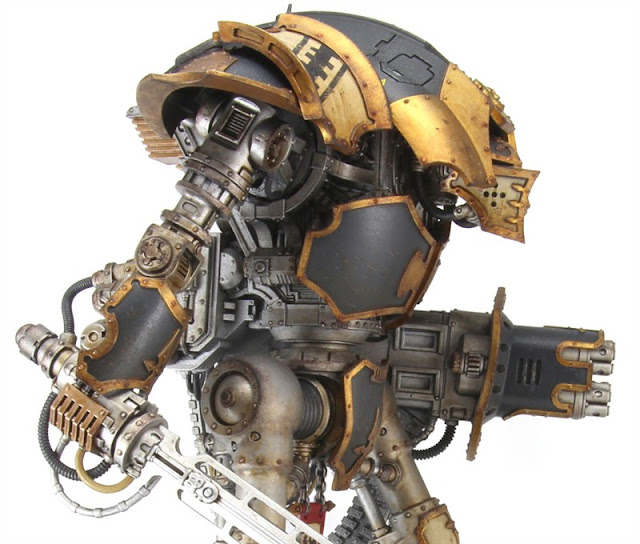 Unfortunately the Castigator suffers from one big flaw, and that is its lack of a secondary weapon. This means you have to charge the unit that you shot at which if it is regular marines will likely already have taken a pounding!

Because of this I think it is advisable with the Castigator to send it after priority targets, don't mess about and get in the enemies face, this might also mean that for the first turn you actually run in the shooting phase. This is particularly advisable if you are playing hammer and anvil and your opponent has deployed far back.

The Castigator has decent ranged attack but it does the business in close combat and you should be sending it after giant squads, tough squads, initiative 1 squads and vehicles to tear them to pieces. I think it could be very easy to have the castigator faff about and do very little. Make sure you pick targets and run them down, indecision will not go well with this knight.