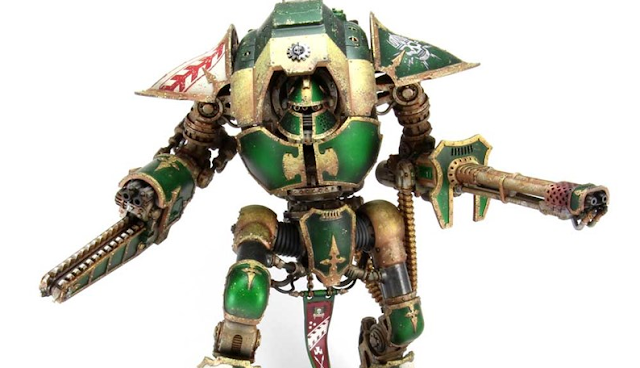 Today's post is the second in my Cerastus Knight class reviews and focuses on what I think is the most competitive of the 4 available - the Acheron. Not only is this night extremely good, but like all the Cerastus frames it looks bloody brilliant!

The Acheron comes with the basic Cerastus stats line of : 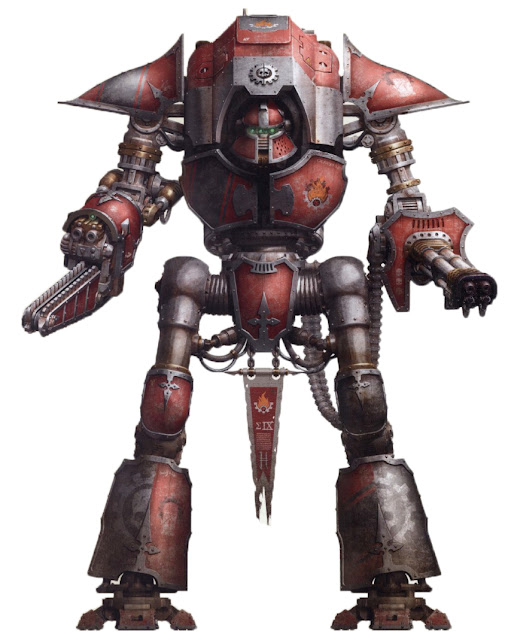 The Acheron has two fantastic pieces of equipment:

This is a 16.5" template, effectively giving you a 28.5" range with the weapon when you consider the 12" movement of a super heavy walker. This will TOAST any marines or 3+ save bikes with aplomb.

Ho Boy! Here is the D! Not only is this the D but when you are rolling on the Destroyer Table against any target with an armour value then you can re-roll any rolls of a 1! Vastly increasing your chances of just obliterating vehicles through hull points.

IMPORTANTLY the Reaper Chainfist also has a built in twin-linked Heavy Bolter. This means you can toast one target with your hellstorm and then charge another that you shot the Heavy bolter at. This gives you a level of target saturation lacking on the Cerastus Castigator.

Ion Shield - 4++ against shooting attacks with the facing declared at the start of the shooting phase as usual. You know it you love it. 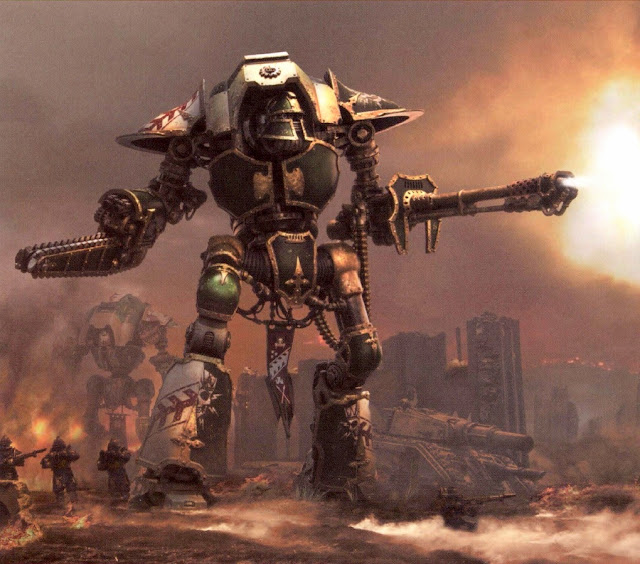 The acheron is more prone to getting tar pitted with large squads like 20 many fearless techthralls. Even with stomp he will only kill 7-10 a turn on average with attacks and stomps (as they should be able to wrap all aroun him with a pile in after charge and after additional 3" after combat over). Thats a 2-3 turn tarpit!

So keep this monster away from fearless blob squads and storm shields (D in 30k allows invulns but forces a re-roll if succesful), and don't expect him to be able to take on Primarchs at all!! Vulkan would mess this guy up no problem as would Anacharis Scoria.

You are designed to take out 3+ saves and pretty much any vehicle their is that is 6HP or lower and even a baneblade in one turn if you are a lucky son of a gun.