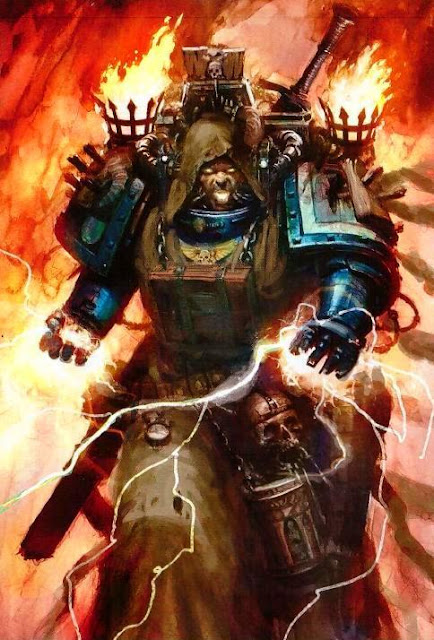 Still in good old Bognor, so today I'm just giving you a quick look at a model I bought from HiTech miniatures. I can't remember his name as it came of ebay as a generic space warrior, but it was still in its original packaging and what not so it was a bit of a steal for the price. I think full price he would retail around £13-15 and I picked him up for £9 so not too shabby.

Here's some pictures of him straight off the sprues. I've done zero clean up on these models except cutting them off the sprue and as you can see the detail is very nice and crisp, felt like very little weeping from the resin and virtually not a single piece of flash. After the pictures I found a tiny bit under one of his arms but really exceptional with no mould lines to speak of either. 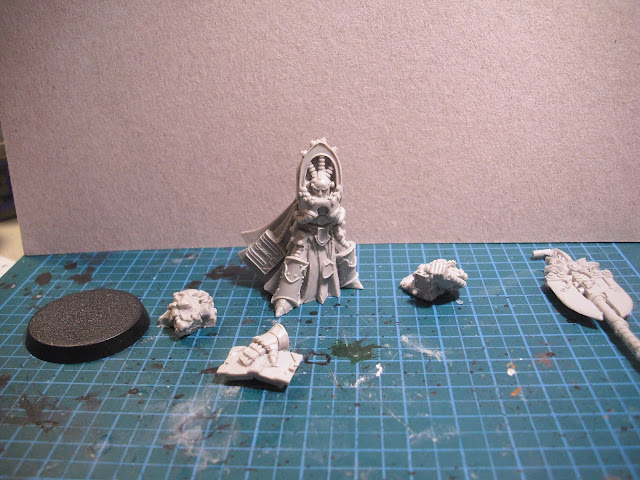 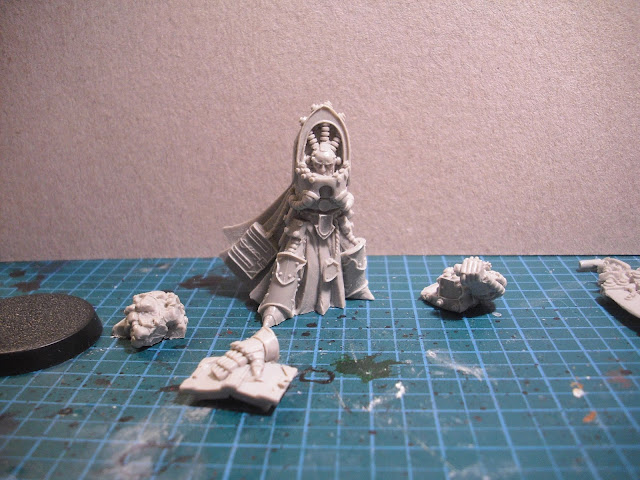 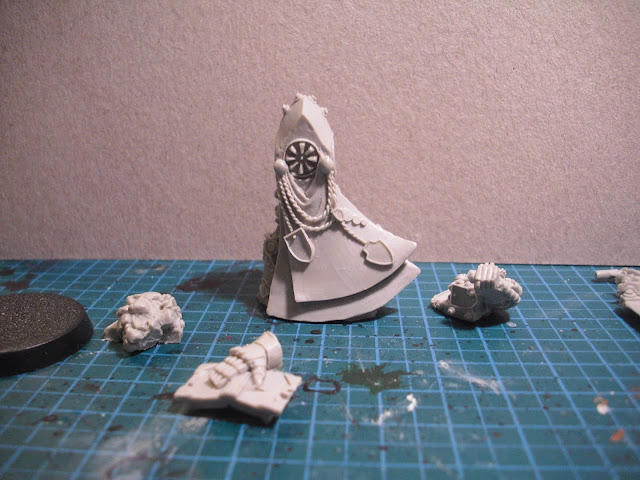 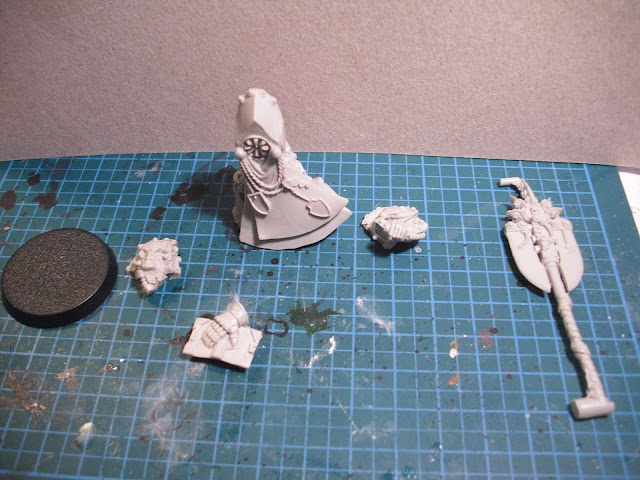 I didn't like the staff it came with but my efforts to give him a sword as the original plan didn't look right due to the positioning of his arm, it just looked off. So I gave him a thunder hammer as it looks cool but to keep it WYSIWYG with Ezekiel having a sword, I took a cool black templar sheathed sword and cut off the Templar icons and added it to his side. I magnetised these for ease of painting. 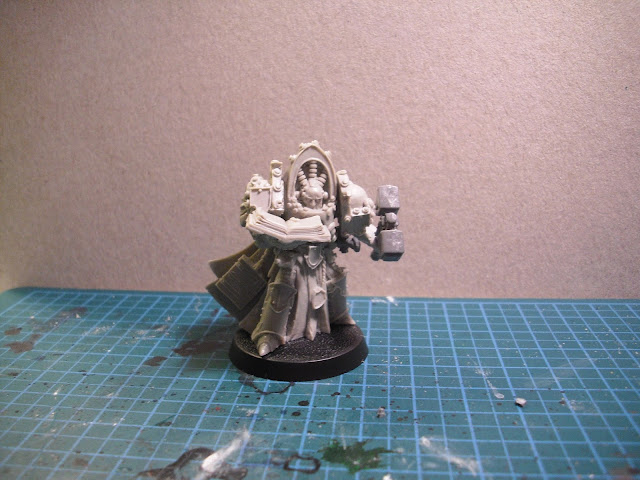 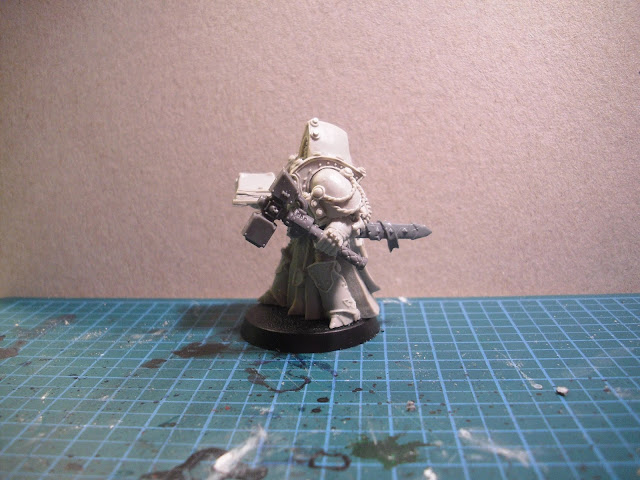 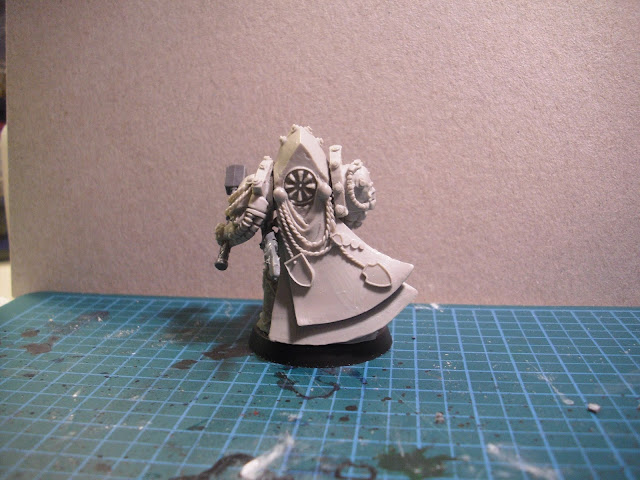 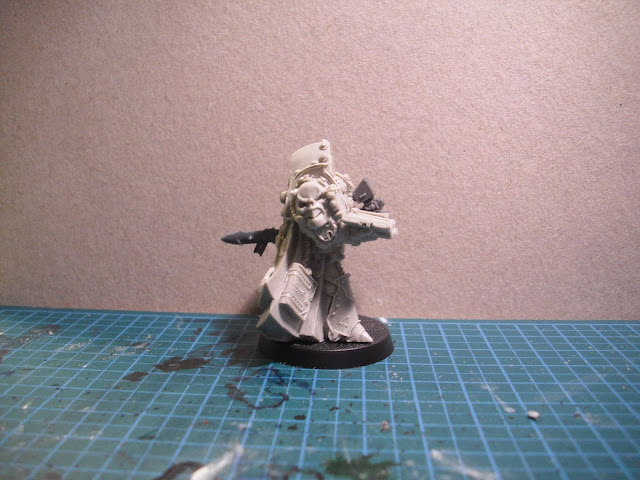 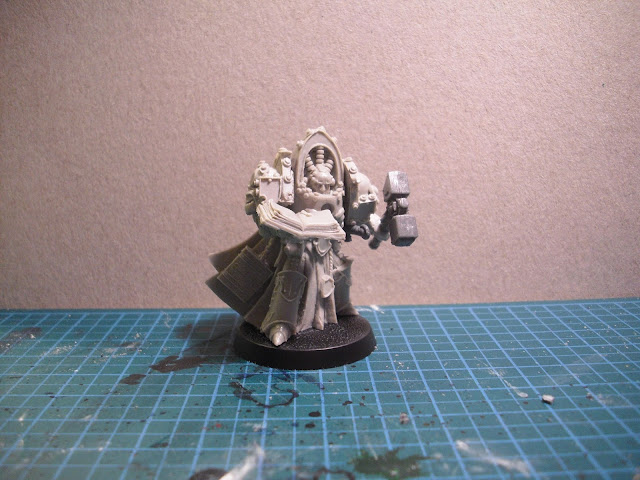 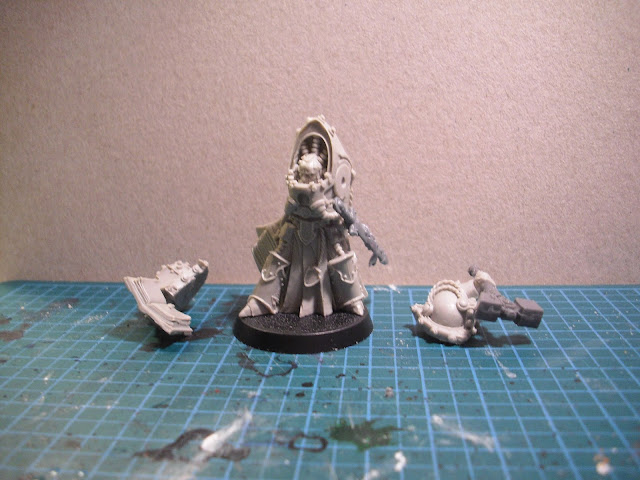 However after undercoating I thought that he should have more Dark Angel bits and he probably shouldn't have a thunder hammer as he is a special character so I modelled a bolt pistol on him instead as he actually has one on his profile. 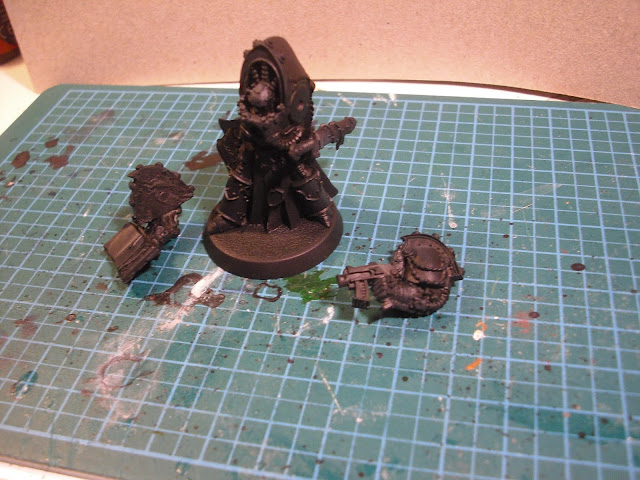 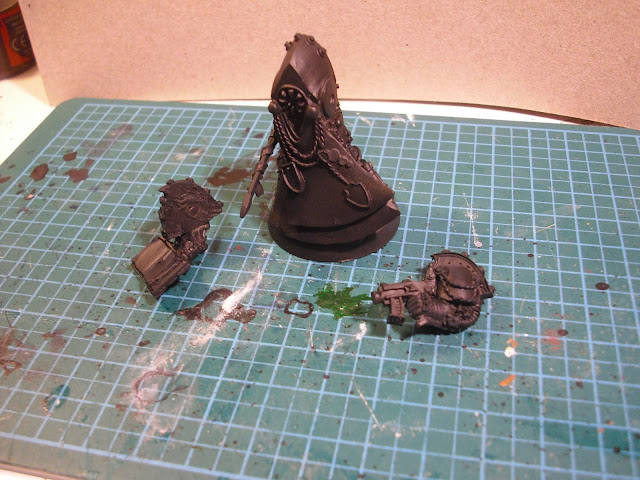 I will definitely consider ordering from HiTech miniatures again, not only was the quality of the miniatures superb in terms of detail, sculpting and casting; the model also wasn't as huge as I thought it would be from the pictures online which make them seem quite the bulky clunky affair. I thoroughly recommend trying them if you have been considering them, or have a look if you haven't!