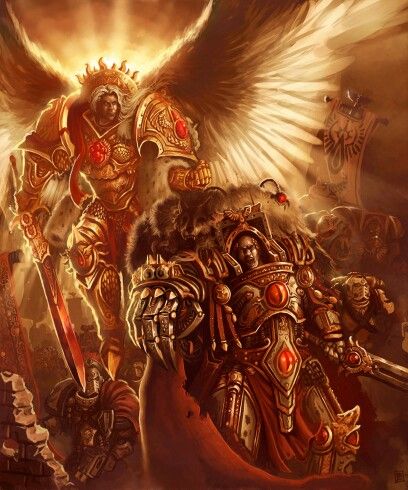 Back to the grind of work tomorrow but still enjoying my short break for now, and I have 2 weeks holiday coming up from the 17th of October where I am going to Iceland for a short break which will be fantastic.

Anyway, today we shall explore another dimension, not only of sight and sound but of mind, a journey into a wondrous land of shadows and intrigue, into the pit of a man's fear and the height of his knowledge, from the summits of holy terra we enter... The eye of terror.

Now that I am done basterdising The Twilight Zone (watch it if you haven't) and Rod Serling can stop spinning in his grave, I will elaborate on my intro text. I think about 40k a lot as I am sure any of you hobby bunnies also do, and some times these bring about thoughts that are either fantastical extrapolations or the uncovering of twisted conspiracies.

And today I'm going to briefly lay out one of my 40k Conspiracy theories for your bemusement...

First off lets presume that we are thinking from within the imperium as opposed to any of the Xenos races and then lets presume that we are sufficiently advanced within the hierarchy to wield some form of power but nowhere near the upper echelons of power that would have knowledge of any conspiracy. This is the mind we are going to look out through as it comes to a realisation of horror.

What does this person know of the world around them? They know that they live in the Imperium of Man, a brutal totalitarian regime that worships the emperor of mankind as a God that protects humanity beneath his gilded throne. They know of, and are privy to the countless purges and rites of sacrament that are used in the Emperor's name to send many humans to death as traitors. They know that the brutal enforcement of imperial dogma has led to many innocents quashed beneath the heel of authority to maintain order and peace.

In this brutal chain of human planets spread throughout the galaxy, vast populations are press ganged into a war they have so little knowledge of to fight an enemy they are told is the ultimate bane of humanity. BUT virtually no soldier that faces this army gets to return to the planet that they left in the first place to give first hand reports of the enemy.

In a galaxy where the Imperium spouts out a continuous wretched putrid fountain of propaganda over its population, this person, however briefly realises the horrific truth... 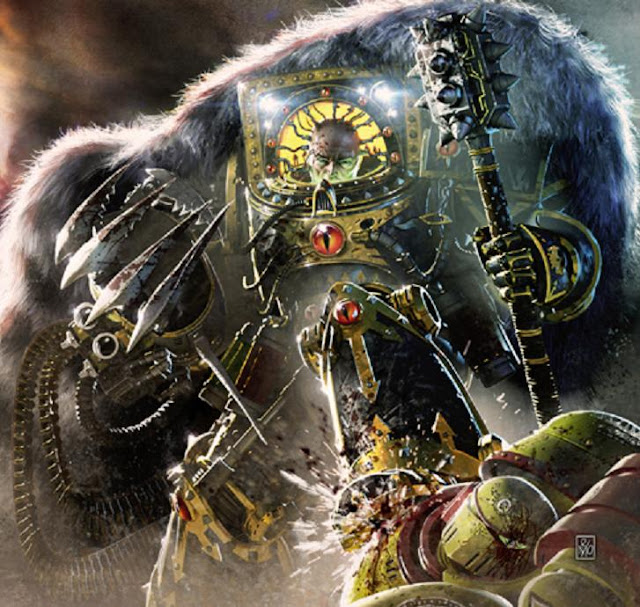 Horus Lupercal was the GOOD guy

The emperor was a vicious warmongerer who was attempting to conquer the entire galaxy to rule over it, Horus as his leading son was struck down and upon engaging with his own mortality proceeded to realise the wrongful ways of his father and attempted to curb the aggression of the viral human race with a strike at its heart. Half of his brothers, moved by his plea for the other races of the galaxy joined forces and also rounded on terra, bravely facing off against the terror of the God King warrior clad in gold.

Sadly Horus was felled in mortal combat and his brethren were forced back into the desolate wastes of the eye of terror where the powers of the warp ravaged their bodies. Even now they fight on despite the pulsating sickness within them, attempting to reach the corpse king and free the galaxy from the endless wrath of humanity.

The Imperium won the war and thus, wrote the history. Horus was decried as a villain attempting to destroy the legitimate ruler of the galaxy the Emperor. The Emperor however is dead and the rulers of terra have interred his corpse onto a golden throne to use as a veil of legitimacy for their fascist regime. They maintain their lives for countless centuries through ancient and protected rejuvenating processes whilst continually brainwashing the worlds of humanity with their historical propoganda and updated bulletins of the war that is being waged on humanity.

In reality, humanity is the only aggressor with every other race desperate to survive their onslaught.

This was something that came to me over a long hot weekend painting and smoking like a chimney resulting in a strange nicotine fuelled buzz haze and I quite enjoyed it enough to write long drawn out stories based around it. This is just the quick general run down of the whole conspiracy theory that would be so cool if true, at least in an alternate dimension!

Hope you enjoyed it :)