I've been hard at work recently trying to really get some good progress on building all the remaining models I have for my larger Heresy army projects. This involves Belisarius Cawl, who is currently still in various states of sub assembly before I get round to under coating him (crappy weather getting in the way), AND building my all raging heroes Imperial Militia.

I have a total of 43 Infantry models for my Imperial Militia, 3 Tanks (currently) and 9 laser destroyer arrays. Two of the Tanks are built and painted, the Laser arrays are built but need a few bits of green stuffing magnet holes that were pre drilled, and now I have my entire command Squad built. 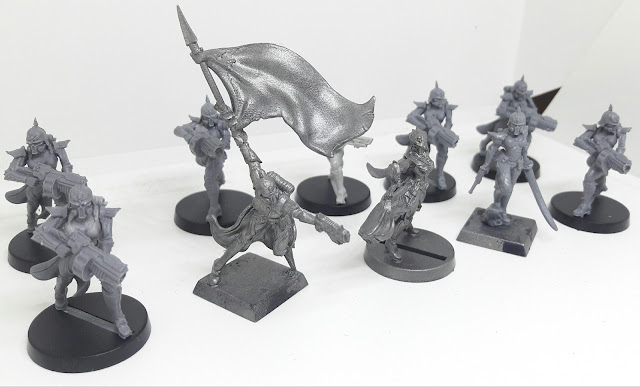 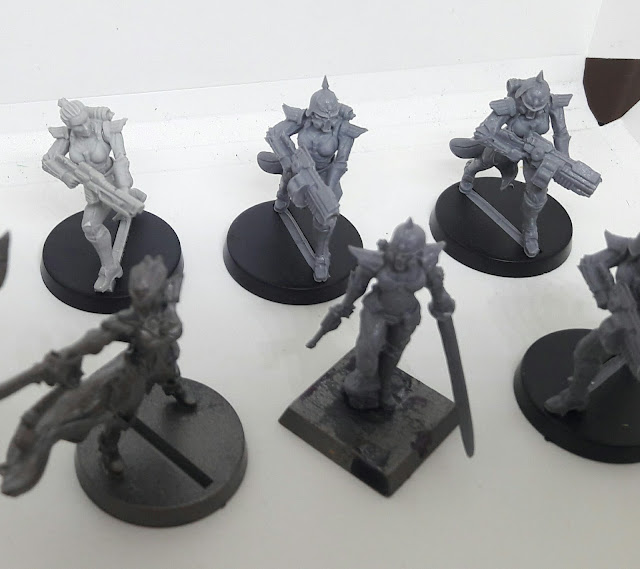 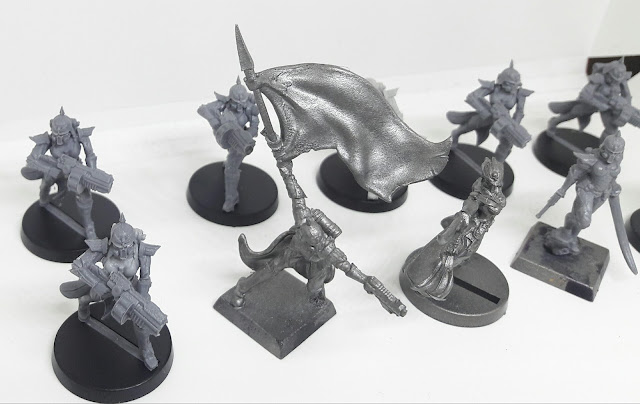 Part of the reason that I have been so determined to make headway on these has been the upcoming advent of 8th Edition, where I'd like to give a lot of my attention over to that, but mostly it has been because April was my designated off month from working on Commissions. I have just one customer right now, but boy do I have A LOT of stuff to do for him.

As well as finish off the Dark Angels I already have built and ready to go under the paint brush, I have a WHOLE Ravenwing army to build and paint, plus some greenwing as well. This will keep me busy up till October which is the deadline for getting this done. I very kindly have permission to play with this army as well, so hopefully I will be able to get some games of 40k in when the new rules drop and see how it plays.

Expect to see a lot of Dark Angels over the coming months, as well as continued progress on the Militia, Cawl and also another Tank for my Solar Auxilia. Whilst I had been done with them, I now have decided to move a Tank that was for the Militia over to the Auxilia, as I want ALL of my Militia tanks to be walking tanks.

Have a great weekend,