So I've been umming and ahhing about buying a flyer from forgeworld for some time now. The xiphon interceptor really interests me but I would want at least two of them as an escort for a larger aircraft like a fire raptor or a storm eagle.

Someone mentioned on google+ that they resemble battlestar galactica Vipers. After having a look at the 1/32 scale kits of the Viper I have purchased two of them for around £30 and intend to convert them into Xiphon interceptor counts as. As you can see below compared to the above picture they have more than a passing resemblance to the Xiphon: 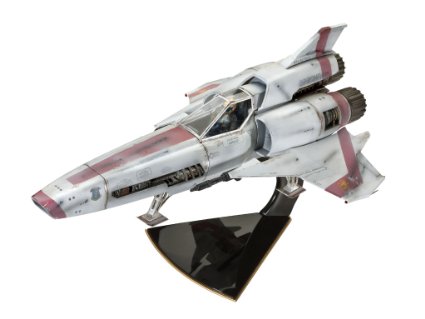 My main plan for converting is to extend the wings to make them match the large Xiphon wings and add the twin linked lascannons and a rotary missile launcher. I will be painting the cockpit canopy as opaque to avoid converting the pilot as I am lazy...

These guys should arrive soon and I will do a little unboxing of them!

In terms of the flyer to be escorted I am now deciding between a fire raptor and a storm eagle. Currently I am leaning towards the fire raptor and having these guys as a dedicated reserve force to come on and support my Alpha legion ground troops.

Following on from the bodies of my Devastators yesterday here is a quick WIP of the guns. These guys should be all done and completed tomorrow or wednesday and then I will move on to the drop pod and the sergeant! 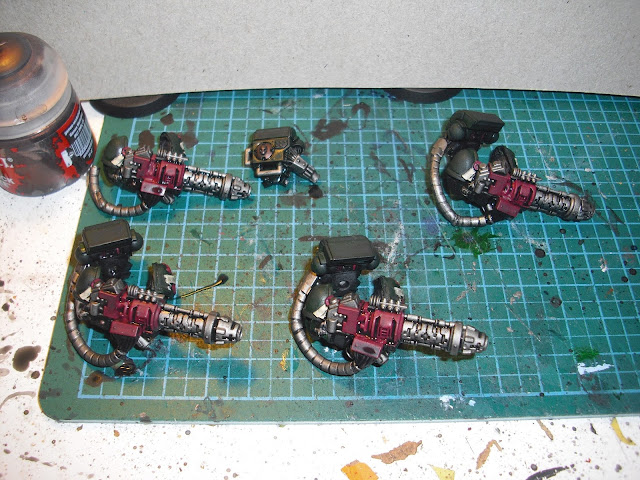