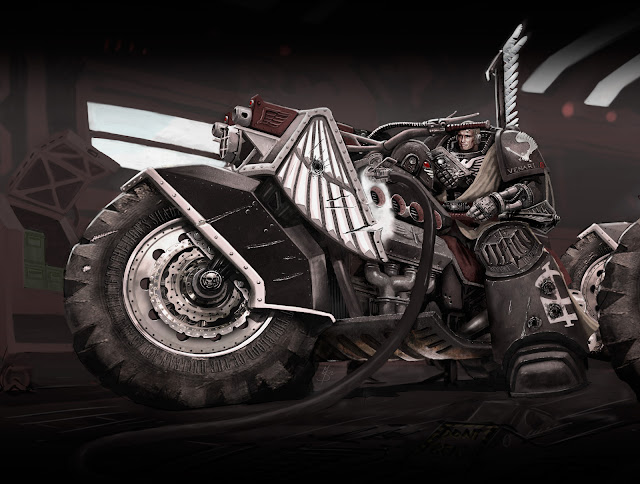 So I had originally planned to take a long weekend at the back end of January and try to paint everything I have of the Ravenwing variety in that time. However, now that I have considerably more free time to fill I decided just to get on with them to distract me.

I decided that I would like the black of my Ravenwing to be the same style as the black used for my 30k Dark Angels, which is layers of nuln oil covering a zenithal undercoated miniature which has been washed with Drakenhoff nightshade. The blue providing depth to the black.

This has worked very well on the bikes so far, but I got over zealous with that success and went a bit too far on the Dark Talon, so that needs a little bit of strip before we go again.

So below is my progress on the 6 bikes and 1 attack bike of the Ravenwing so far. 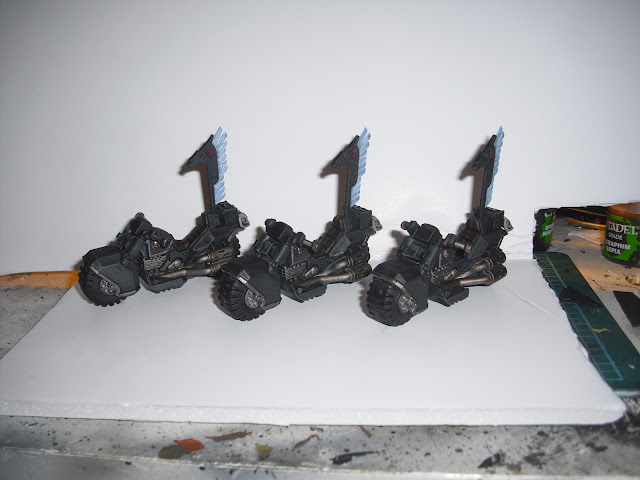 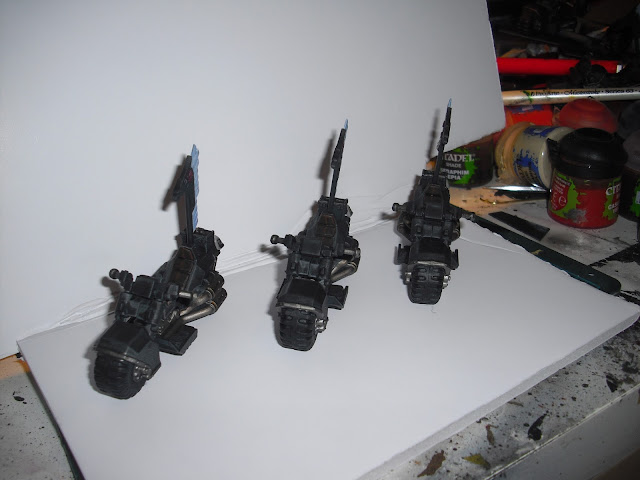 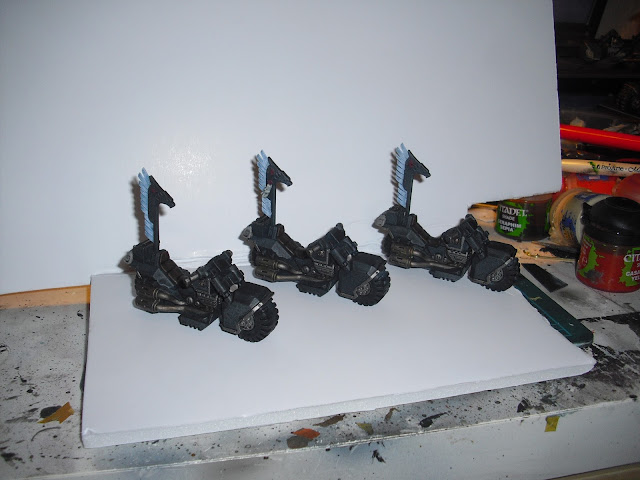 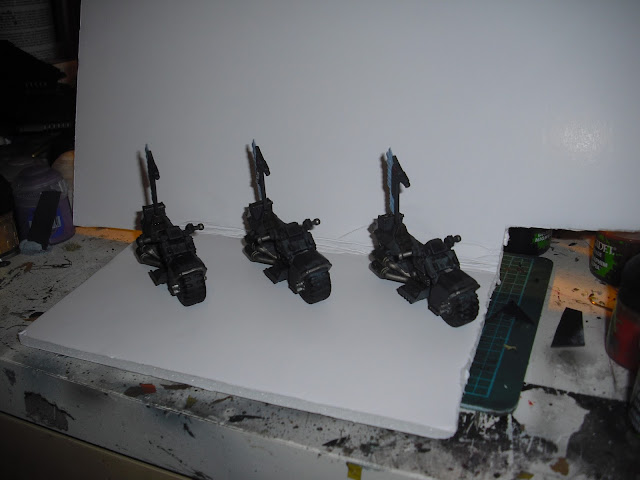 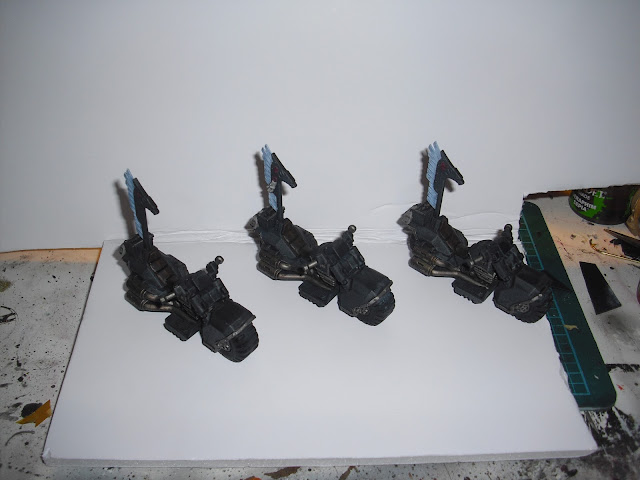 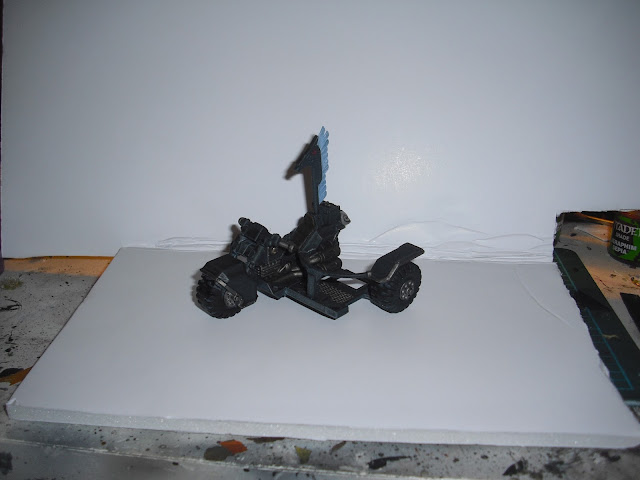 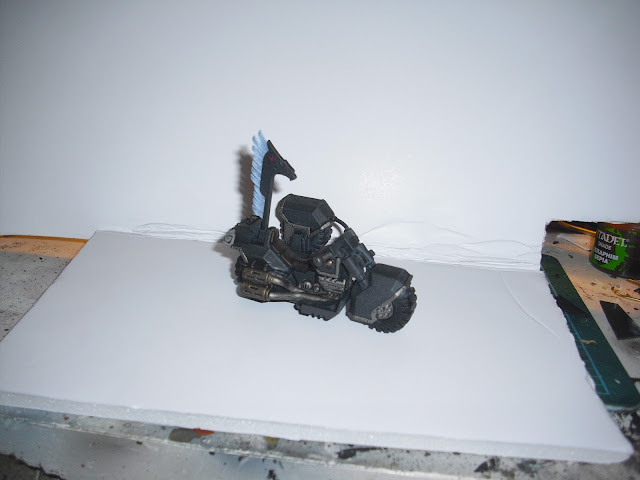 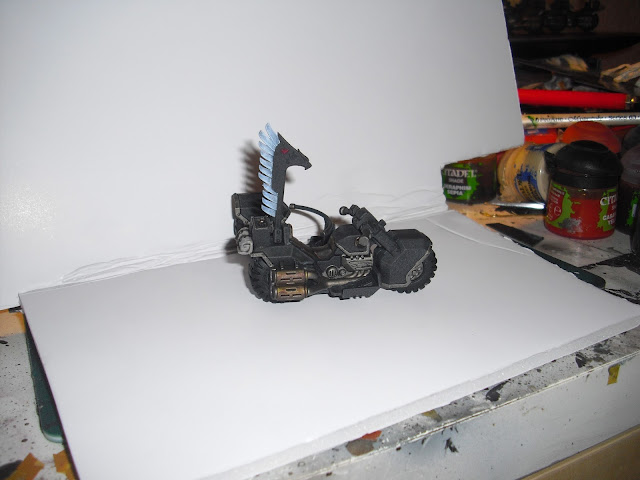 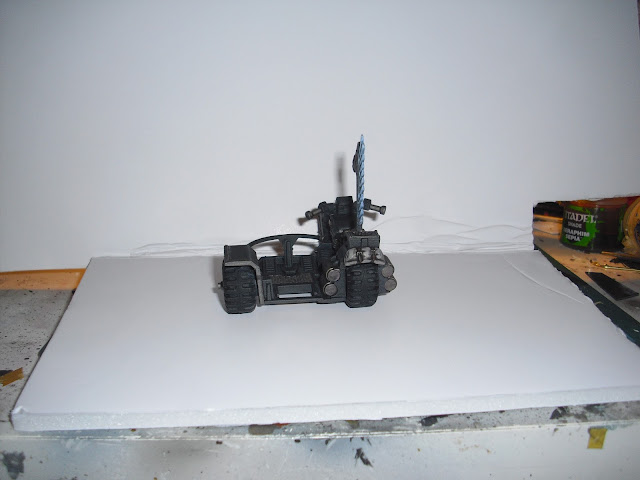 Obviously I still have the faring to do in addition to finishing these up and then I will be moving on to the riders. I do love being bothered to paint things whilst disassembled, it makes things so much easier in the long run!

Hopefully  more of these guys in the coming days, I'm trying to get them finished to potentially take to an exciting game, but more on that later when some details are confirmed.