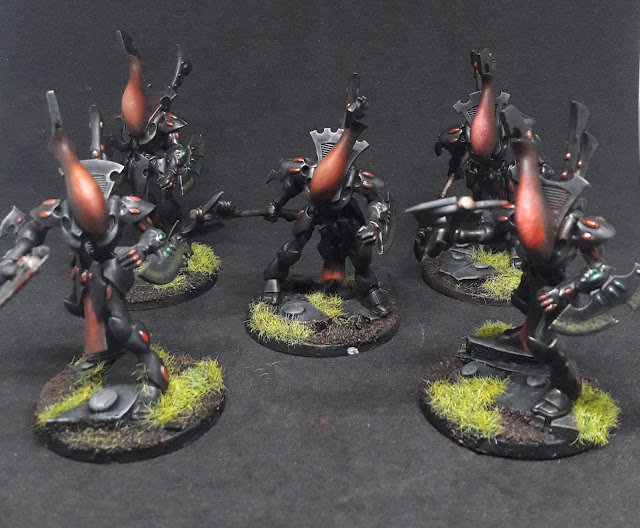 Having grown sick of having miniatures lying around being unbuilt and unpainted and ultimately unplayed, I decided to suck up my normal methods and just paint an army to a basic table top standard and take it to town for games! So the Aeldari/Eldar were the ones in the firing line for this treatment and quick and effective was the name of the game!

With that in mind, here are the Wraithblades for my craftworld army that will use Iyanden tactics. Though the craftworld is called Laksh'vron, translated roughly into high gothic as 'Those That Whisper'. 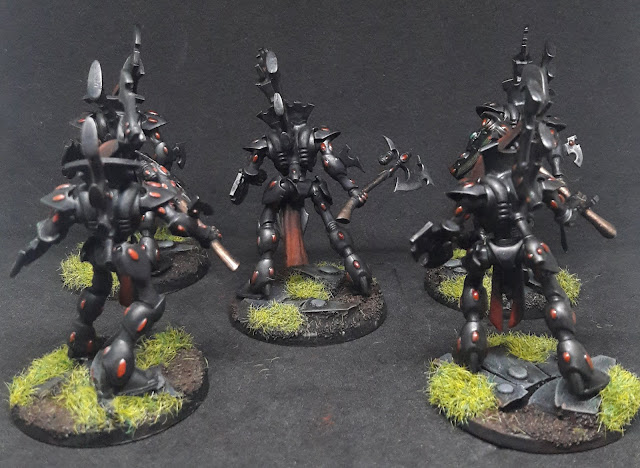 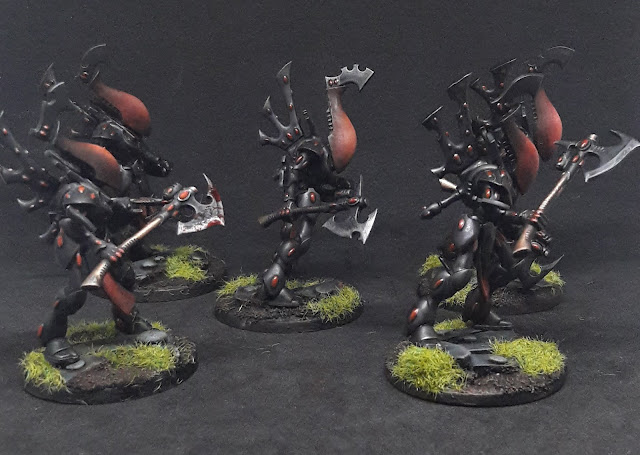 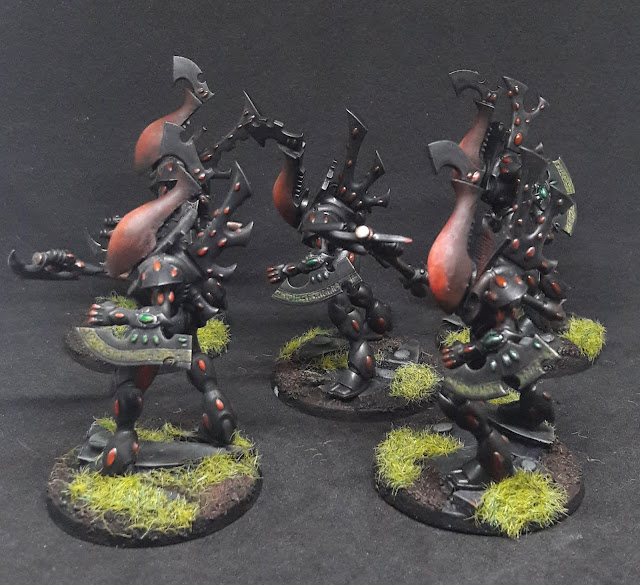 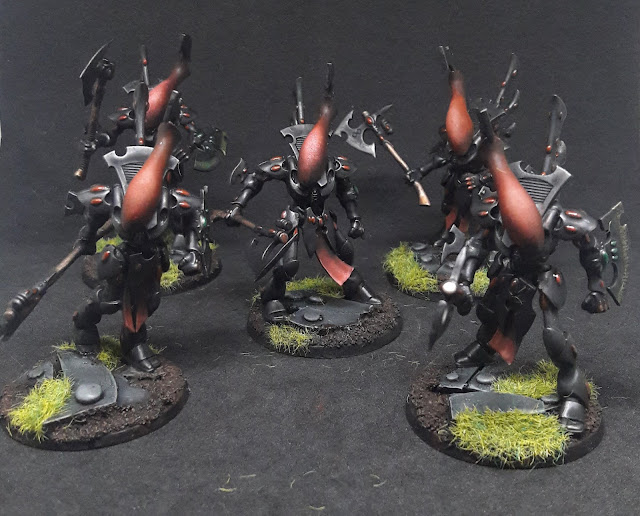 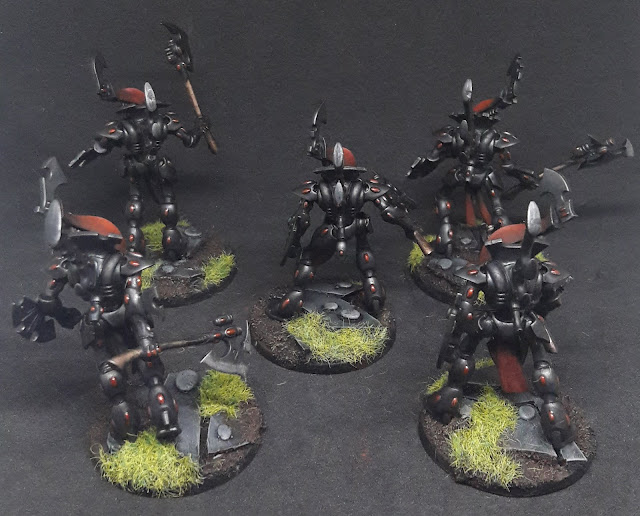 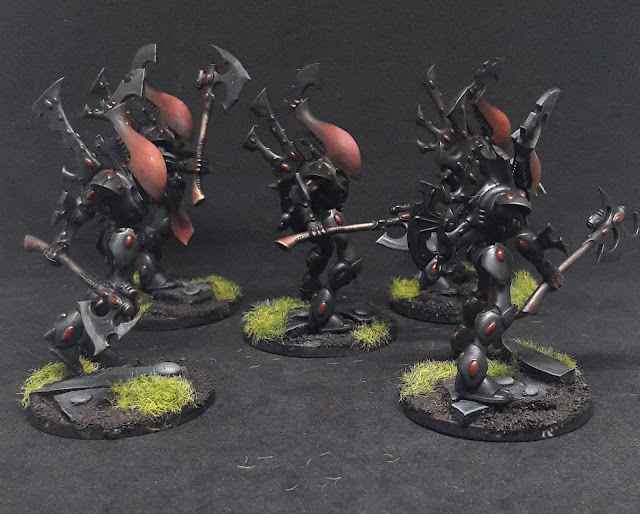 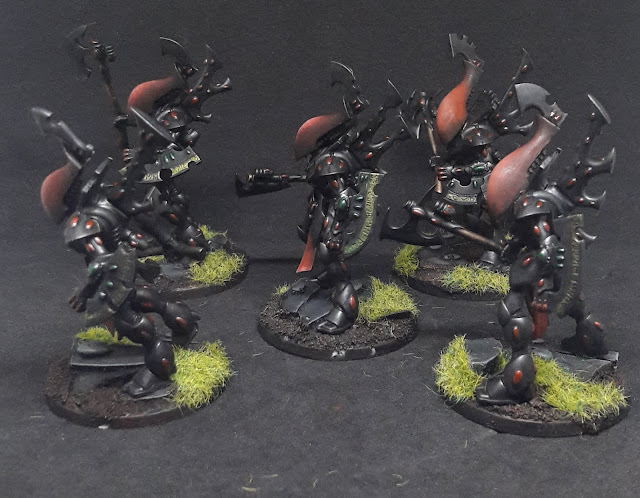 Over the next week or so I will show you the rest of the army, that is 2k points and comprises of 17 or 18 miniature that were painted in 4 days of solid grind! I've also written a list for this army that will be at least 6k points when I am done!

2k of that is possibly in one model ;)