Colour me Red and Purple - The Ynnari Come 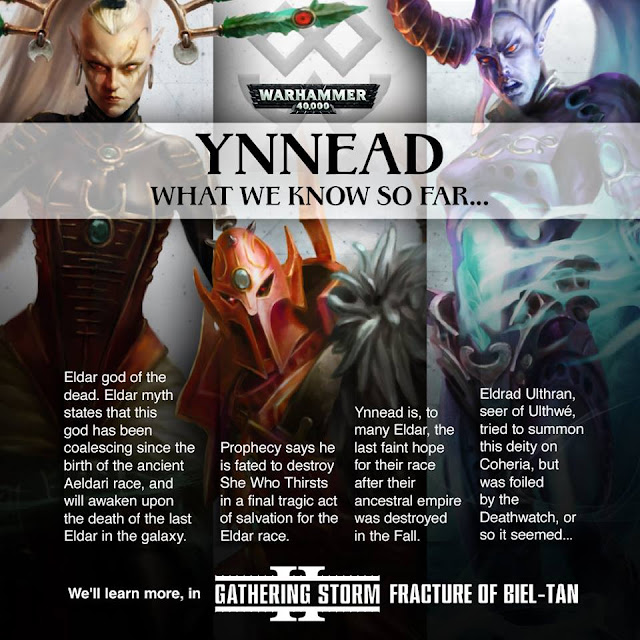 So the main reason that I dropped out of 40k, other than a general swell in people playing what I would term unfluffy lists (at least in my meta), was that nothing about any of the current factions excited me well enough to persuade me that it was worth my investment of time and money.

The Imperial Agents codes had me ruminating over lists as I think its a very well made fluffy 'codex' but it didn't make me jump in with both feet... The Gathering Storm on the other hand...

I have always loved the idea of both Cegorach and Ynnead (ee-nee-ad like Yggdrasil) and the birth of the Eldar god of the dead has got me frothing at the mouth to start an army. Oh yes, I will be a dirty Eldar player, though I am definitely hoping that they give you rules to make it Dark Eldar heavy.

I don't know when I will have the capital to start this army, but I am hoping to have the book fairly soon after release and then have a 1200-1500 points army up and running by October. I am VERY excited by this.

So back to 40k we go... Lets hope 8th edition is exciting as the rumours seem to hint at!