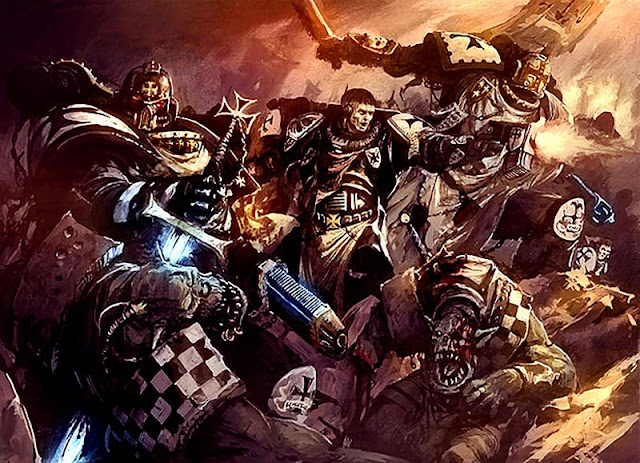 Just a quick hobby update today with my second Black Templar vindicator finished! Both of these chaps plus my Ordo Hereticus Inquisitor were added to my painted Templar force on Thursday just gone and they saw battle against the xeno greenskin Ork scum as part of my ongoing narrative game.

This was very much a reversal of the first game (where I hung on by the skin of my teeth but won on points), I had a flying start but when turn 5 finished and I rolled a 1 I only held 1 objective. Curses! And the benefit this gave me as we go forward in the campaign was to give fearless to a... fearless character that held it. Le sigh.

Anyway, the vindicators themselves did very well, accounting for plenty of destruction and devastation all round and I am pleased with them as a competitive addition to my force but also as a fluffy addition. They just scream Templar to me with that blunt force short range gun at maximum damage.

I enjoyed repairing this tank from its purchased state and I hope you enjoy seeing a slightly more in depth amount of WIP shots for it! 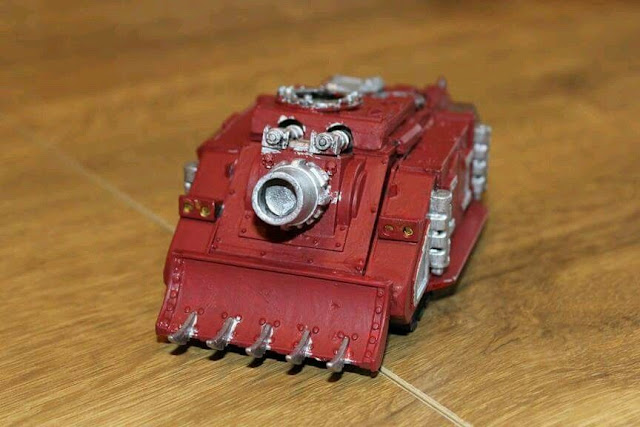 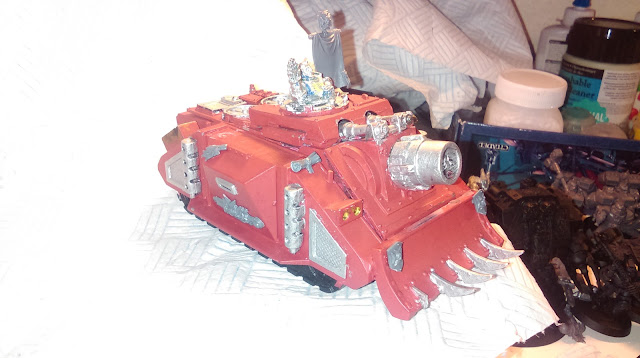 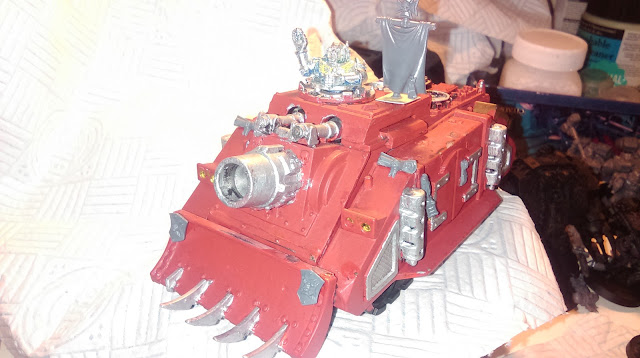 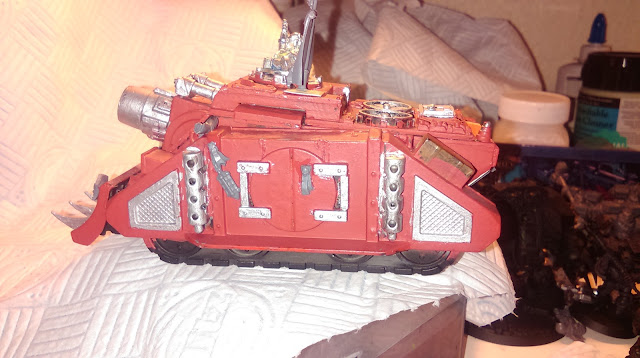 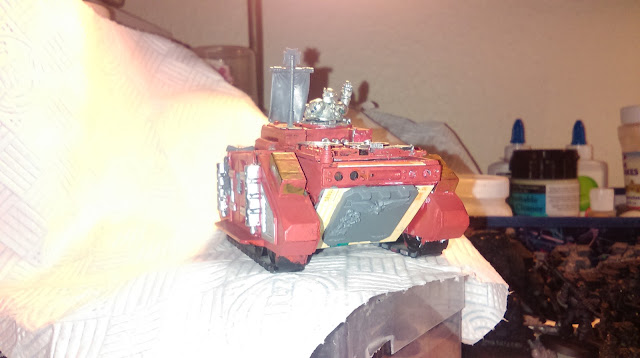 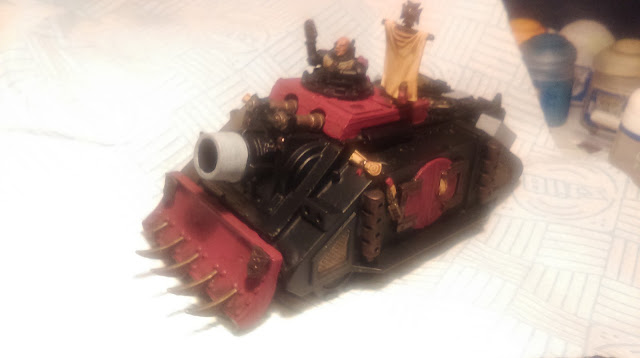 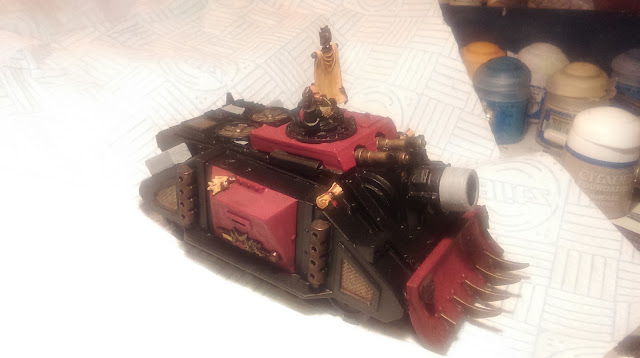 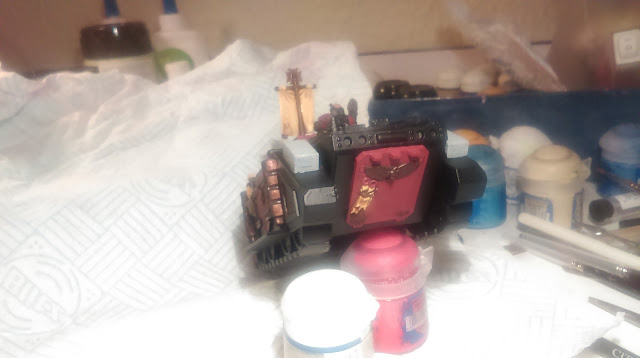 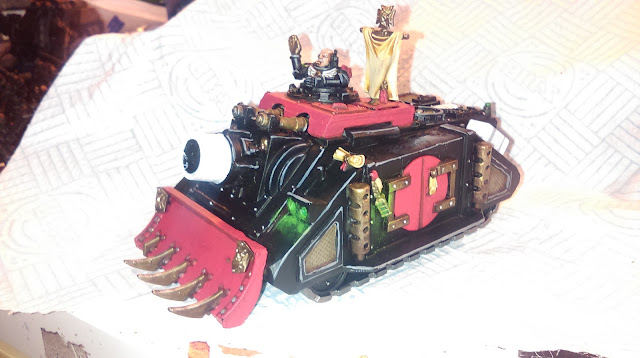 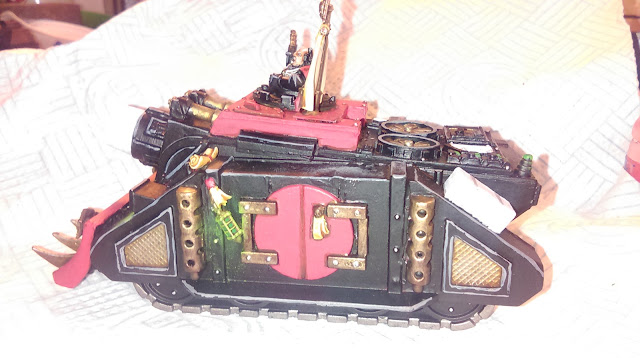 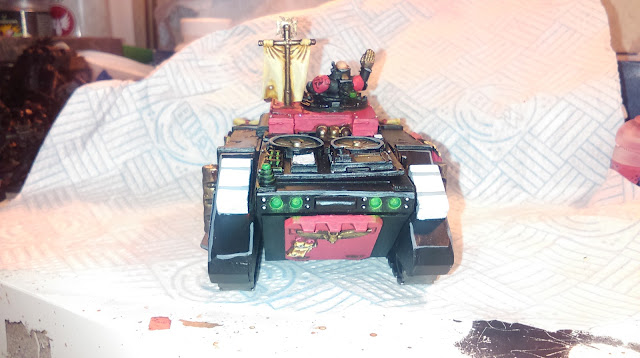 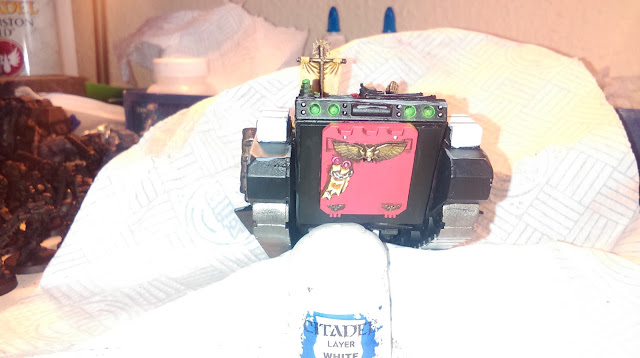 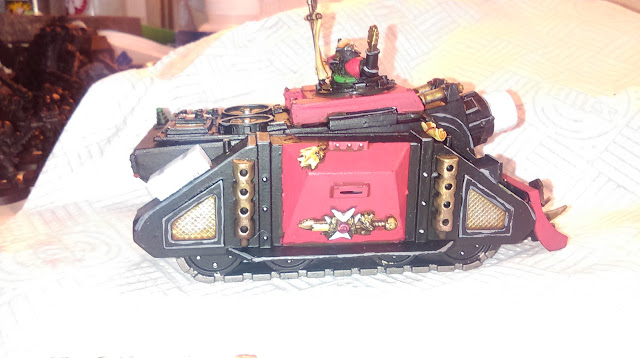 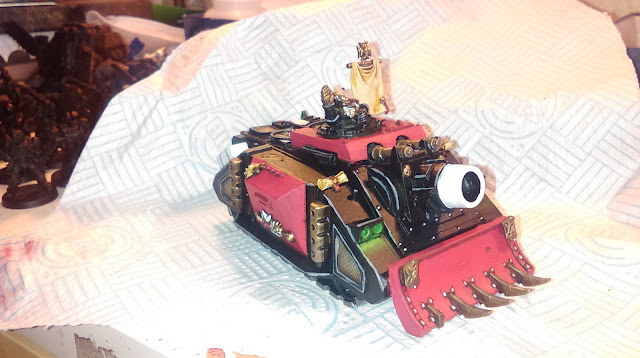 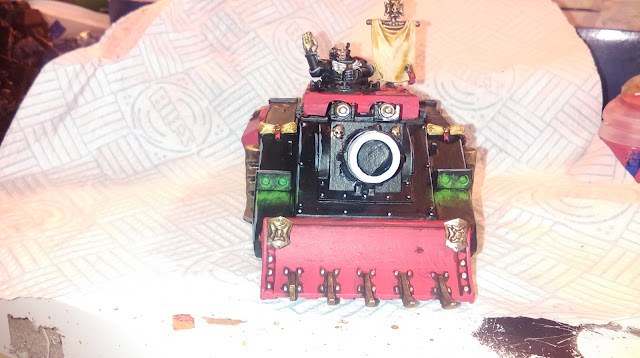 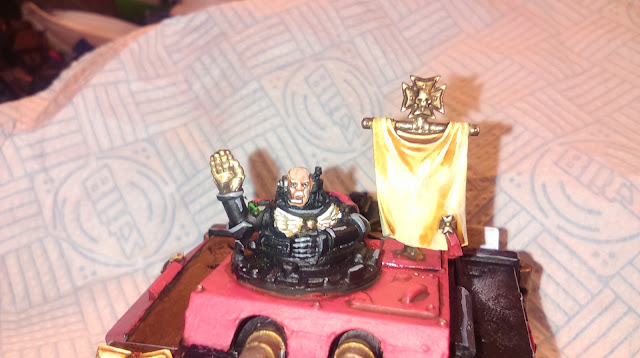 Before I continue I would like to offer my sincere apologies to Mr Greggles for not having a cleaner camera lens, I have actually ordered a cheap digital camera to take over and be used specifically for miniature photo taking. So I am hoping that the quality of my picture will improve considerably after its arrival early next week!

I need to add some yellow and white the OSL effect on the lights but other than that I am quite happy with how it turned out considering I undercoated and painted this bugger in a night so I could field it in the game the next day.

In the next 3 weeks I am aiming to finish this Templar army which involves painting 20 scouts and 5 vanguard veterans, and I want to make headway into my Blood Angels as well so hopefully you will be seeing a lot of updates from me heading your way!

So I took a boat load of pictures of the Templars vs Ork battle and I am hoping to put up a loose and narrative-esque style battle report early next week with a very picture heavy post which I hope people will enjoy!

This narrative game is really fun so far and I'm hoping that when we run a few smaller games around 750 or so I should be able to get a really detailed battle report up with some nice close up pictures with my new camera!

Anyway ladies and gents, thanks for tuning in to another post from me, I hope people are enjoying stuff, I know I've had a couple more people follow me on google+ which is really exciting and my views seem to be bobbing along nicely so I'm really looking forward to putting out more content and stimulating wargaming juices!