Building Site - Imperial Knight and others.... 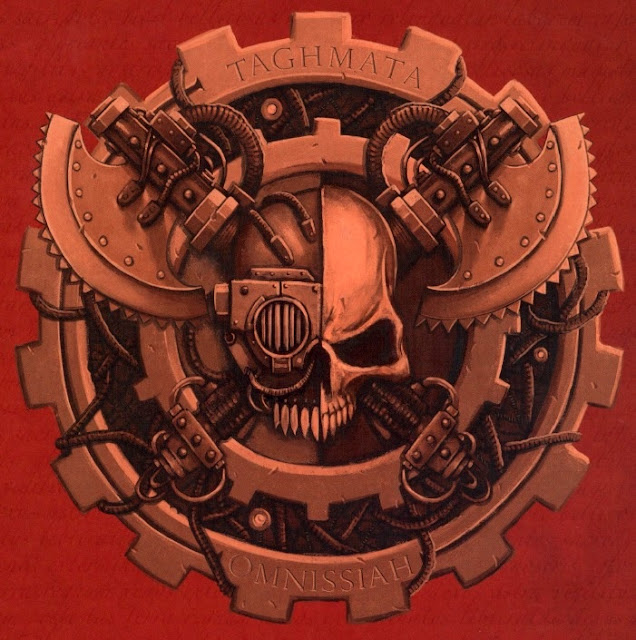 Now that the Night Lords have vacated my premises (didn't give so much as a by your leave) I now have time and space to crack on with my Heresy armies primarily. I am very keen to finish off the armies that I have mostly complete, which constitutes the Mechanicum and my Shattered Legion.

I DO however also have a desire to make some headway on my (nearly) entirely third party parts Imperial Militia force as well... So here are a few pictures of some building and painting headway I made last night. I am hoping that the Imperial Knight will be finished this week and then I can start on my counts as Anacharis Scoria using the Belisarius Cawl model! 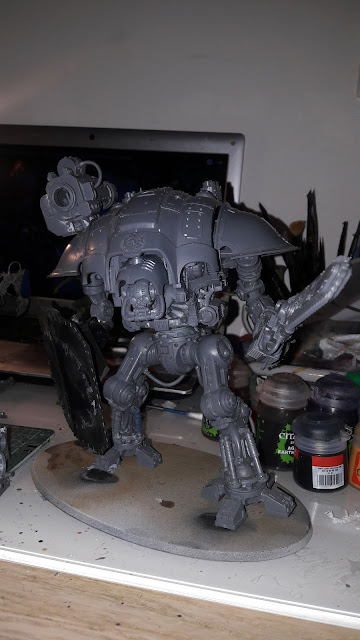 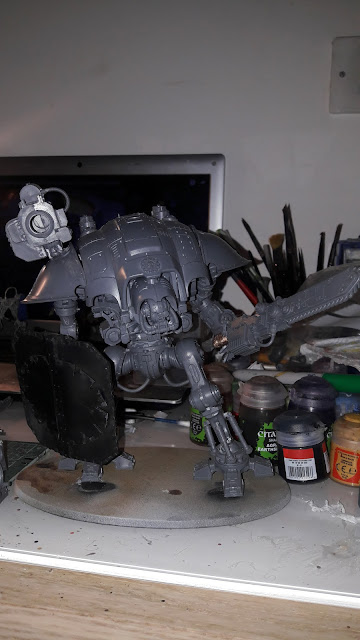 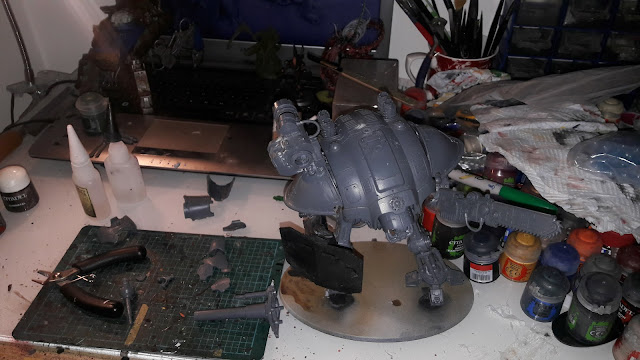 And the first nudge at my Imperial Militia... 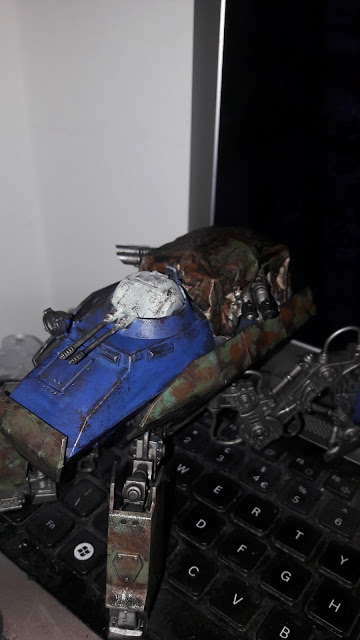