So some rough and ready painting last night! I'm keen to get my shattered legion force up and running at 2500 point so I can get some decent fluffy games in with it. I'm not going to be putting vast amounts of effort into painting the remaining models apart from a certain special someone..

But considering these were only built the other day and I got all this done in a few hours I'm pleased with how they've turned out thus far! They need basing to match the Emperor's Children and then blood spatter applying as well as eyes and such picking out. 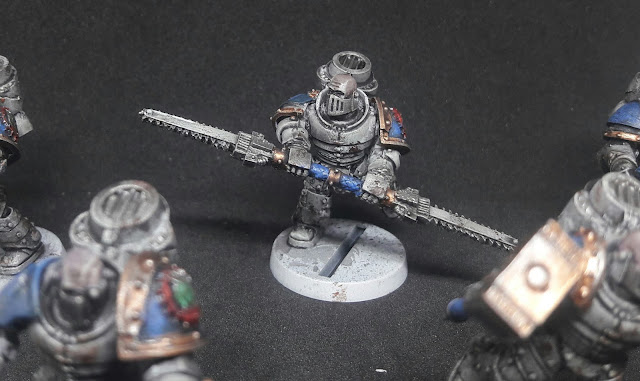 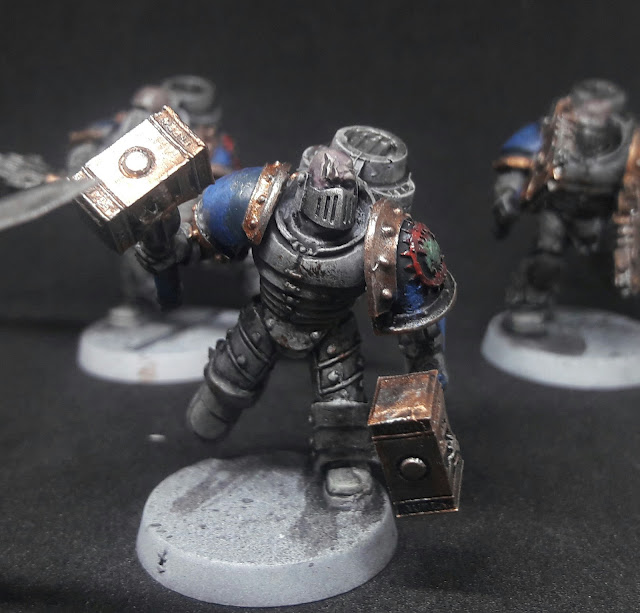 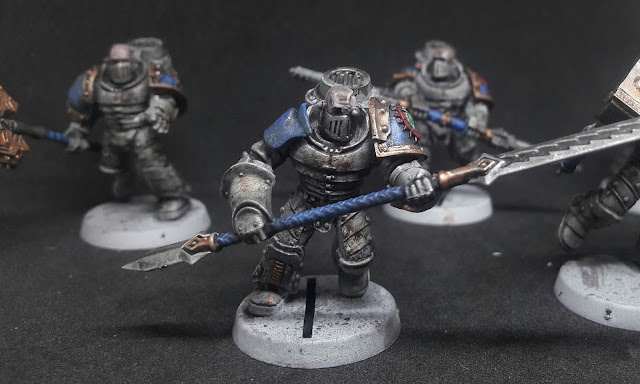 I also managed to build the three world eater jetbikes last night as well as finish building and undercoating 5 Sons of Horus heavy weapon marines. I only need to build a World Eaters Legion Champion and then my Sons of Horus HQ and command squad and then the army is built and just needs painting!