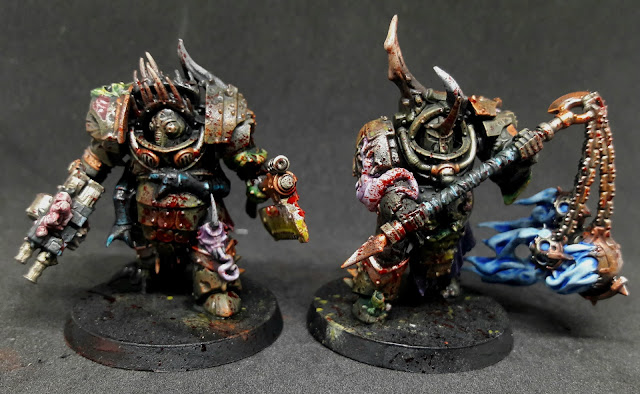 So as I am going onwards and upwards with the Deathguard for Winters Seo and in pursuit of getting them done pretty quick sharp, I decided to batch paint 16 Deathguard Terminators at once. Now, I feel like had they been normal terminators that would have been somewhat tough, but fairly doable. HOWEVER, my god these sculpts are SO damn detailed, they are truly pretty beautiful and I would happily sing their praises over and over. But they are not conducive to batch painting what-so-ever...

I would also say, that if you are a relative newcomer to painting, then maybe warm up to these chaps, they would be a challenge for the vast majority of painters to greater or lesser extents. I certainly found them to be a long long haul with so much detail to get through.

Anyways, they're off with their owner now so here are some pics before I dropped them off: 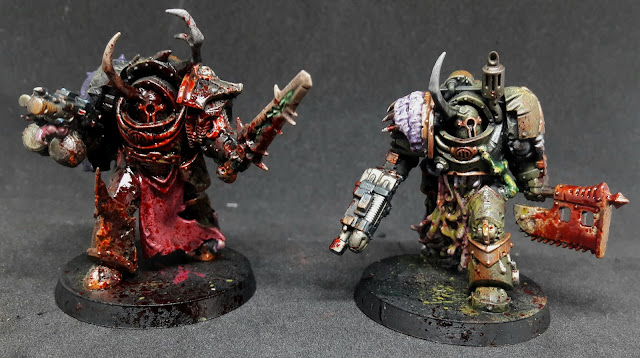 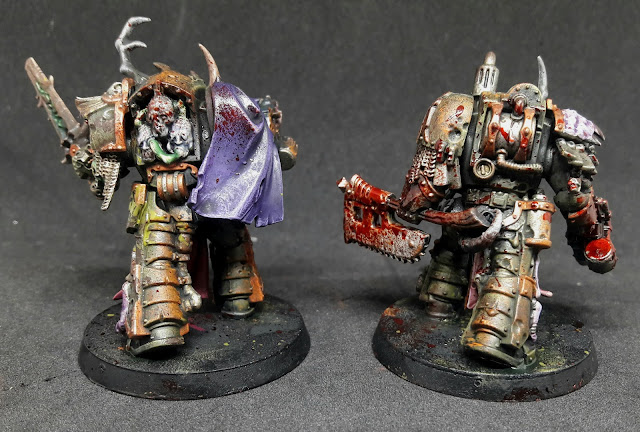 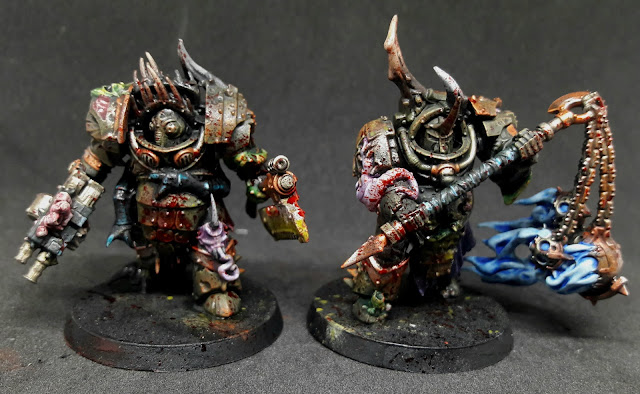 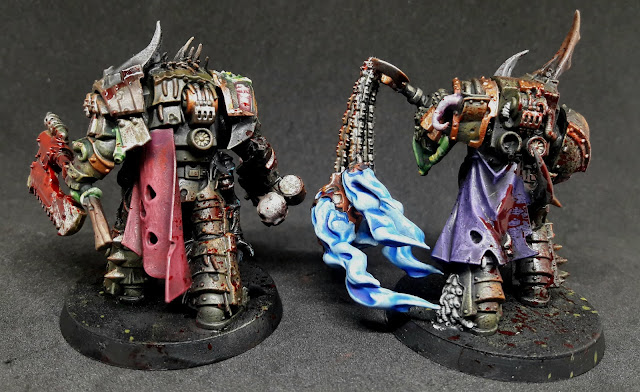 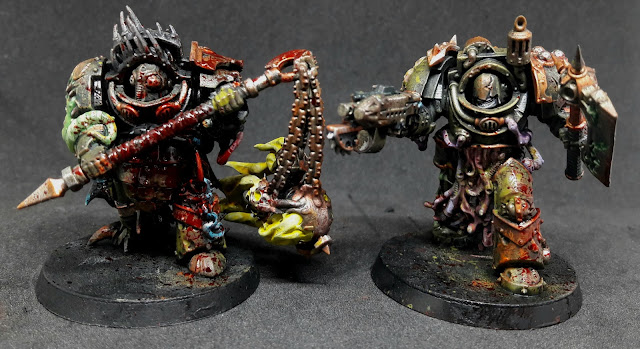 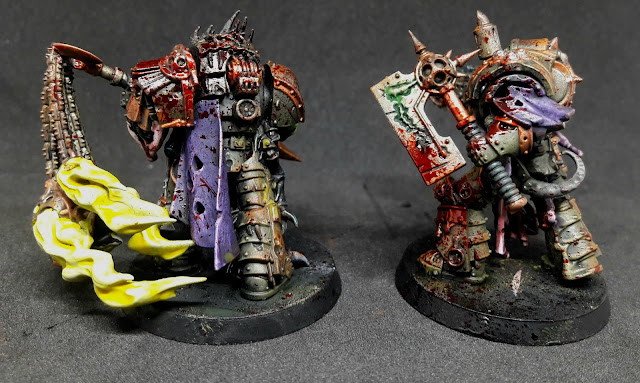 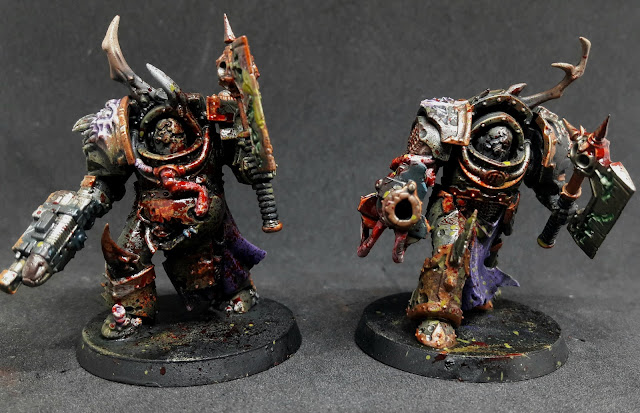 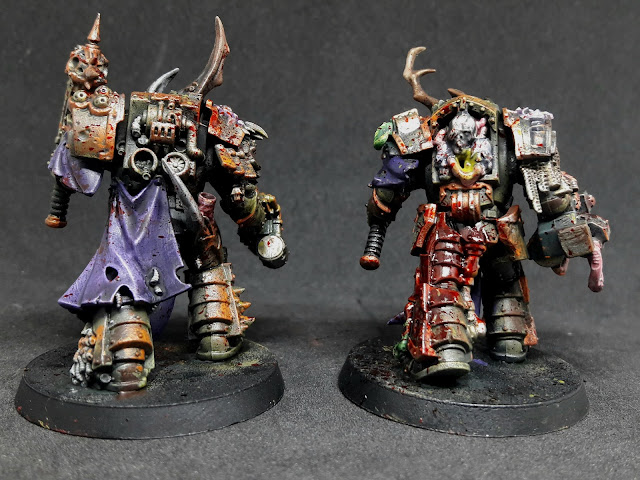 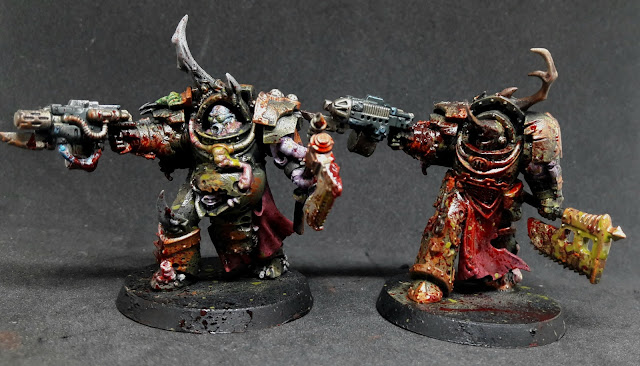 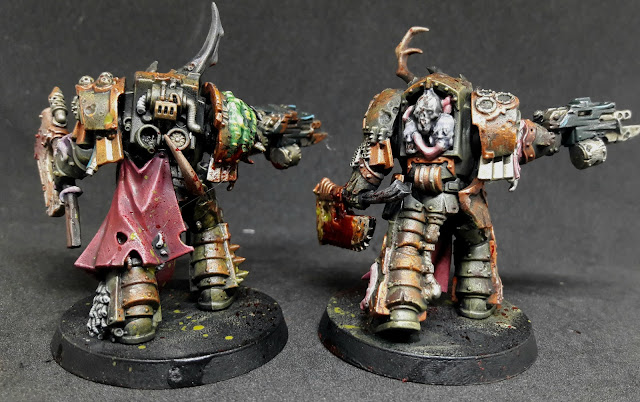 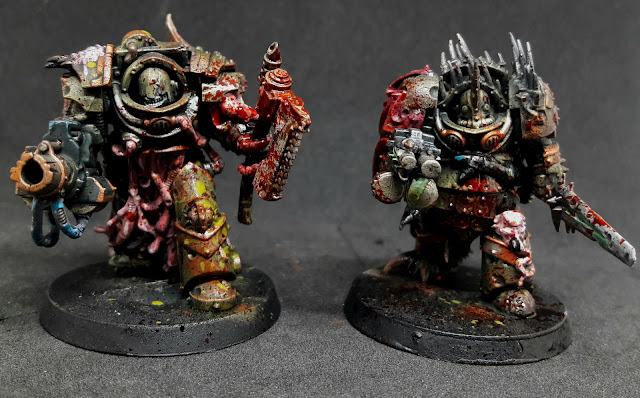 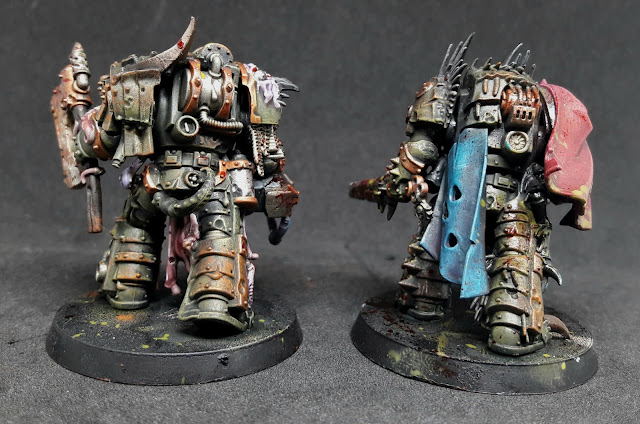 The top right chap has an off blue cape because I forgot to paint it red or purple and so just applied the colours I had to hand on it. In retrospect I wish I had done more of the cloth that colour as I quite like it as it goes. 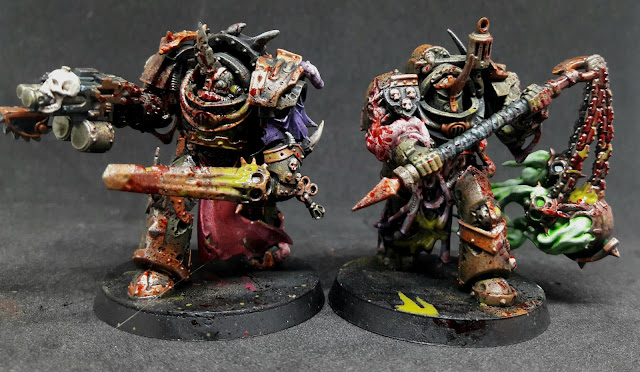 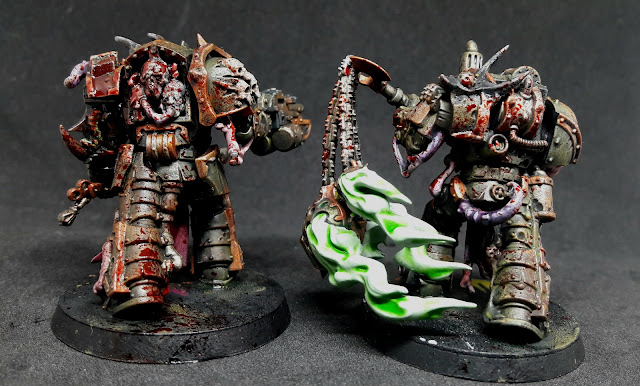 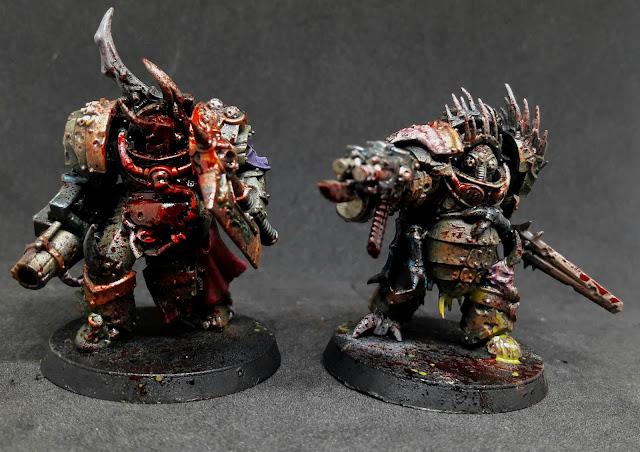 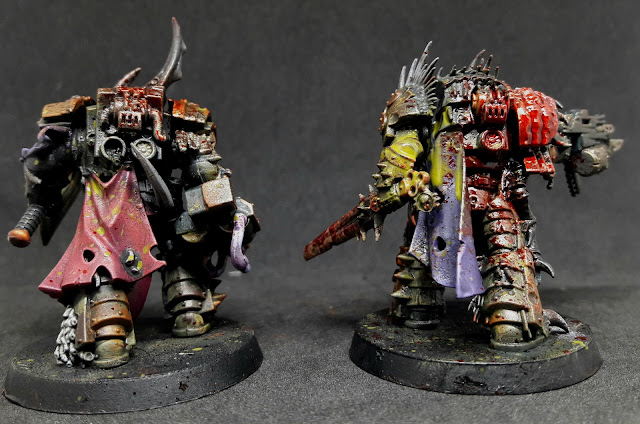 I still have 4 more of these bad boys to paint, as well as some plague marines, some blight drones, Typhus, the tally man and of course the Big M to the Ortarion.