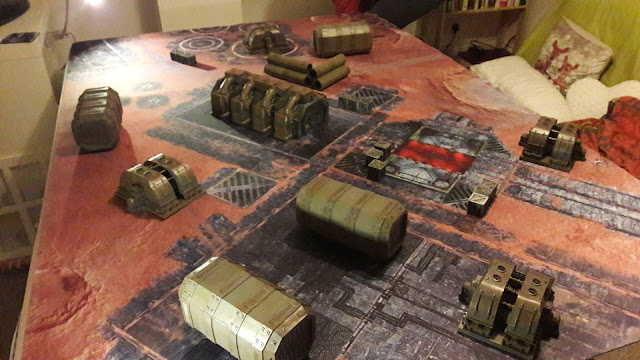 Today I'm going to be reviewing some products from GameMat.EU that I received before Christmas. These have formed the mainstay of my new gaming table at home which has been great! I played a game of Heresy last night and I took some pictures without armies and with armies on the table to give you a general idea of how they look and how they scale next to models, including some big ones!

For reference the sets I bought were the pre-painted industrial terrain and the Forges of Mars mat. I also bought another mat, but I am going to look at that at a separate time :) 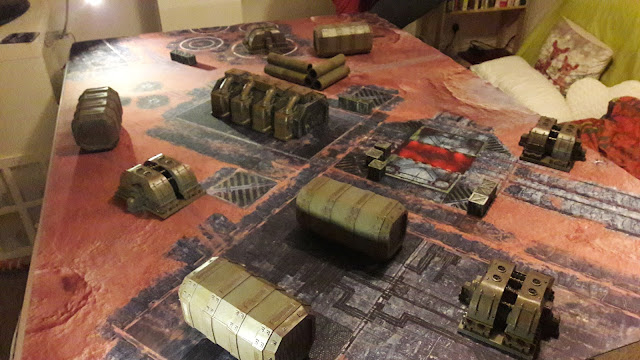 With no additional terrain, you can see that with a single terrain set you get a very fair coverage of the whole battlefield, and the mat is just as excellent a quality as you might expect. It is like a thick mouse mat, with a high quality, high definition image on top. 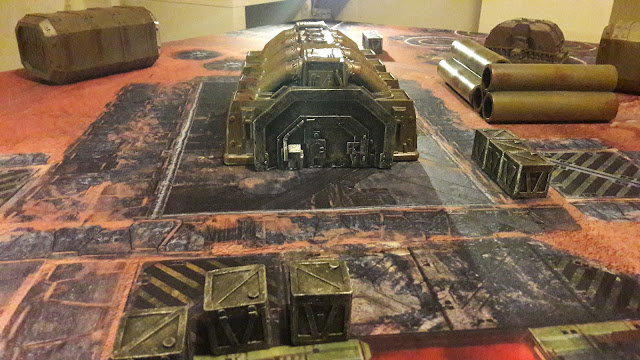 The terrain is painted to a tabletop standard, but it looks absolutely fantastic and there are no raised bumps from any kind of brush stroke or the like, the effect is fantastic in game. You could further enhance this terrain by adding extra little scenic pieces around the bottom as certain YouTube channels like Table Top Tactics have done. 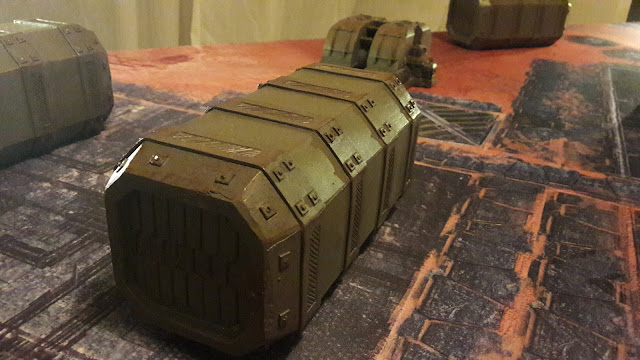 Despite having four of these containers, I managed to place all of them on their side in this game as you can see by the sideways shutters.. D'oh!!! The containers are really excellent though. Each piece of terrain in the set is made of very solid resin pieces glued together, so they are durable but not super heavy as they are hollow. I don't pack them away in bubble wrap or the like, just packed in a box and slid under the bed. 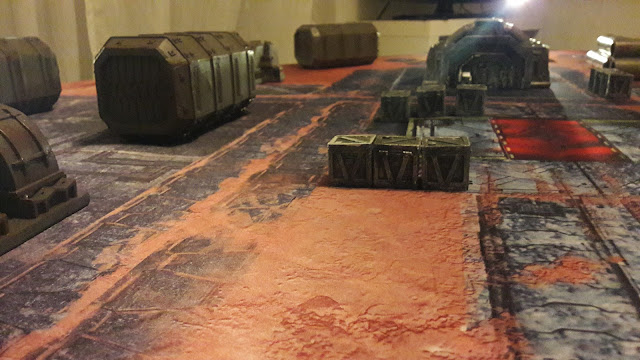 The little crates are really excellent bits of character terrain that provide a cover save to infantry but otherwise just provide obstacle to move around. 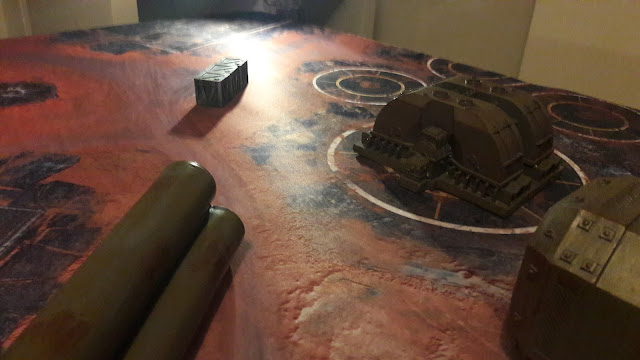 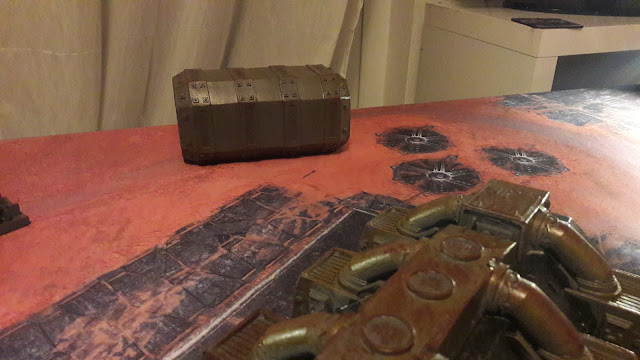 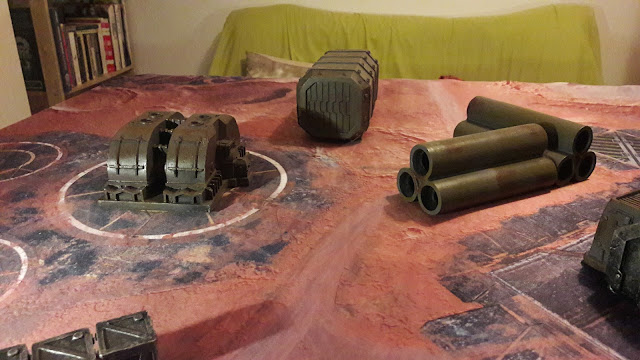 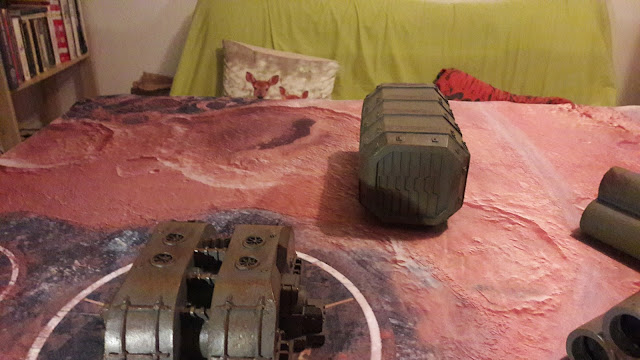 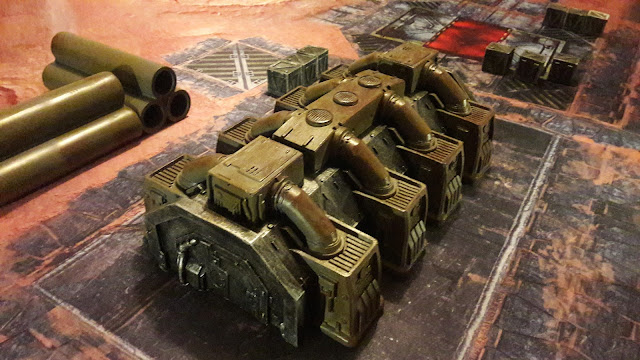 This is the largest piece in the set and generally gets used as a centre piece to the board as it makes an excellent line of sight blocking piece of terrain. 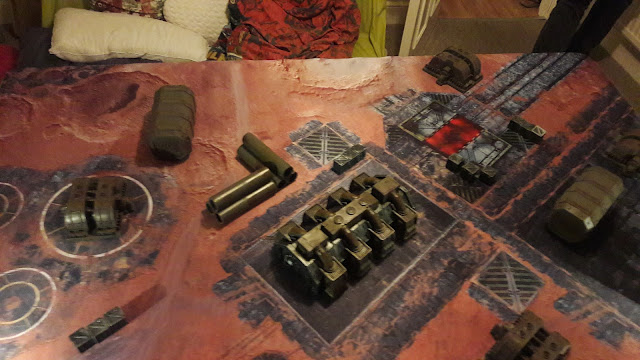 Here is an aerial view of the whole table, showing the sand reclaimed forge in all its glory. 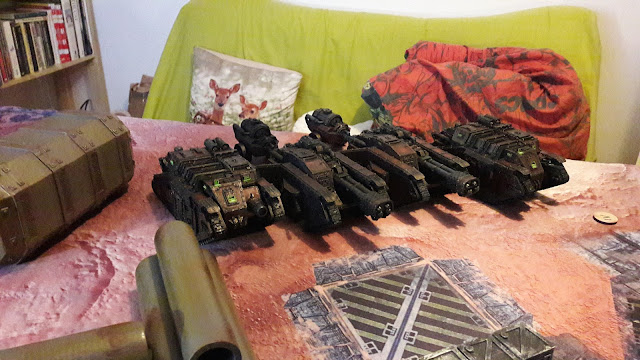 The Infernus (two of them!) are super heavy tanks, and you can see that they are equal to the height of the pipes and some way off the cargo containers. (You can also probably guess which side of the sofa is mine...) 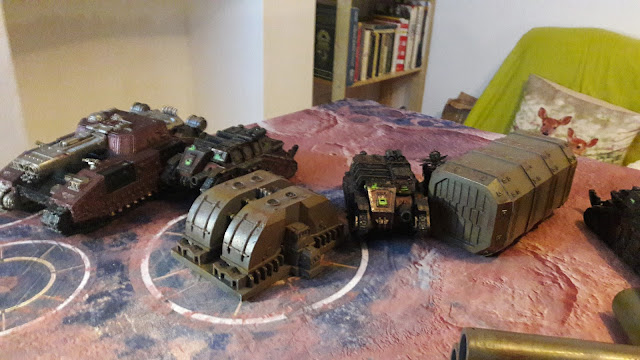 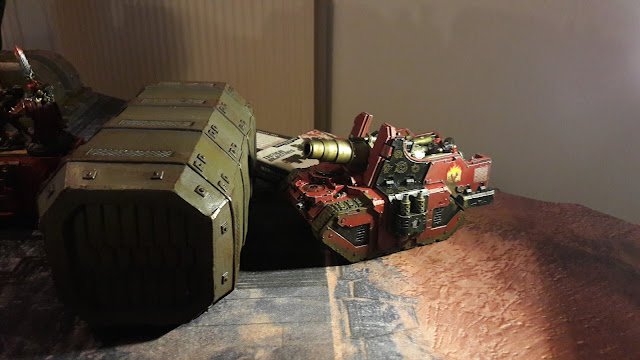 The cargo containers, easily hide this medusa behind them! 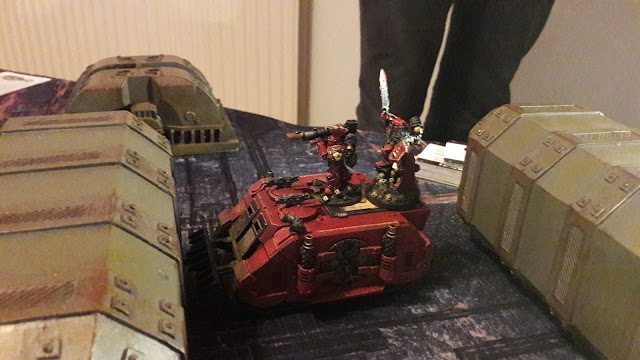 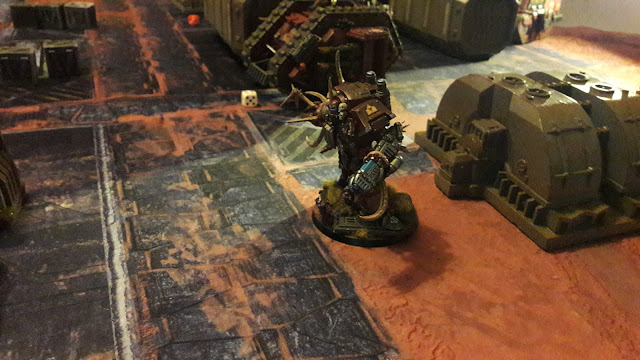 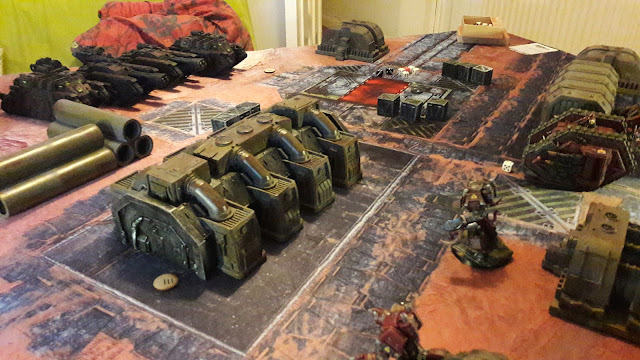 In the distance you can see the cargo containers are the height of an old school land raider proteus and the centre piece is tall enough to hide contemptor dreadnoughts behind. 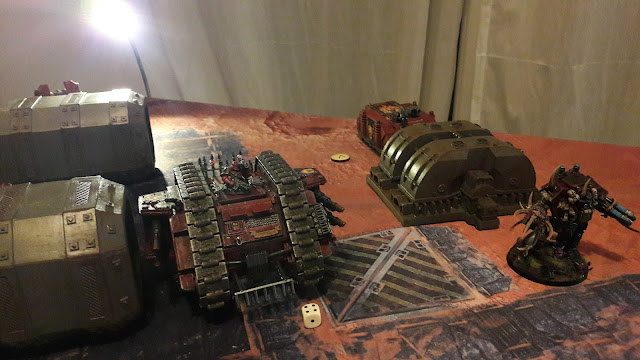 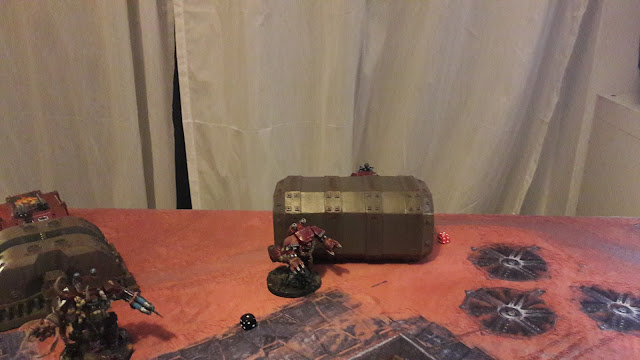 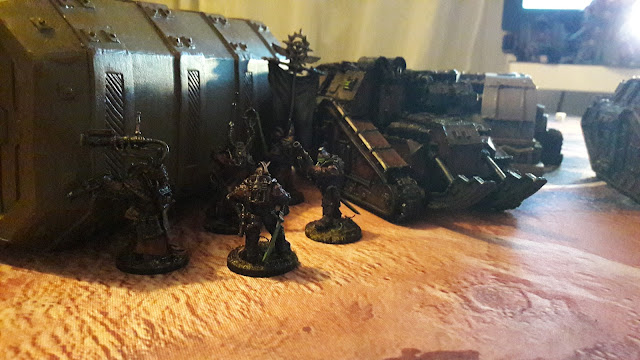 And my (very brave) command squad hides out behind a cargo container, easily hidden!

I could not be happier with these purchases to be honest!! The terrain is so good at line of sight blocking, which I find a rarity overall on tables that I play and I really enjoy it! It was also great to just be able to open up a box and put the terrain straight down on the battlefield without having to paint it up. I think the additional cost of buying the pre-painted terrain is very worthwhile if you aren't a terrain hobbyist like myself. Though it is worth noting you can buy all of GameMat.EU's terrain unpainted in resin.

The mat I think speaks for itself, its very characterful, with time given over to points of interest, rather than just a repeating pattern or style. The forges of mars mat is limited though so grab them while you can if you like it!

I plan on buying more of their pre-painted terrain sets when I can afford to splurge a little. I have played on some of their other sets though at Winters SEO's house and you can see them appear in his battle reports. Playing on those was what settled the decision to invest in their products!

I hope you found this review interesting and look forward to looking at the other mat that I procured :)