The Final Foot Soldiers of the Deathwing 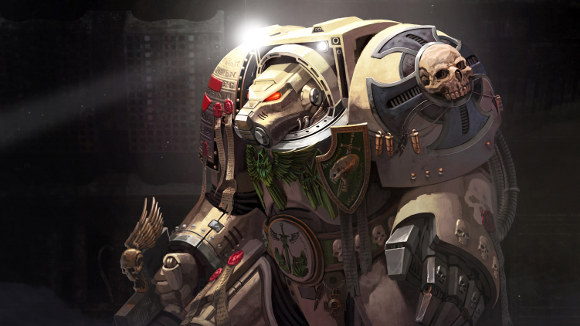 So as I have been saying for some time now... The basic Deathwing are now complete! The dreadnoughts are well on their way as well as you will see later this week. I had originally told the client I would be done by the end of Janaury but well obviously I've missed that deadline!! I hadn't expected to be moving flat over the christmas period which obviously ate into my painting time somewhat. But having shipped off the assassins that is one thing out of my hair! 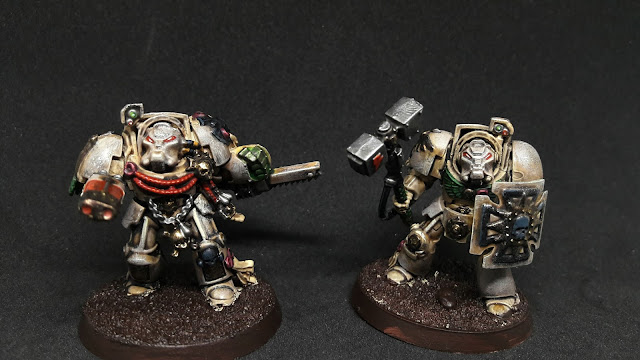 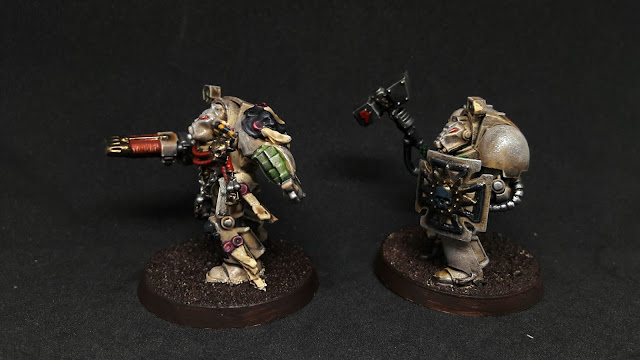 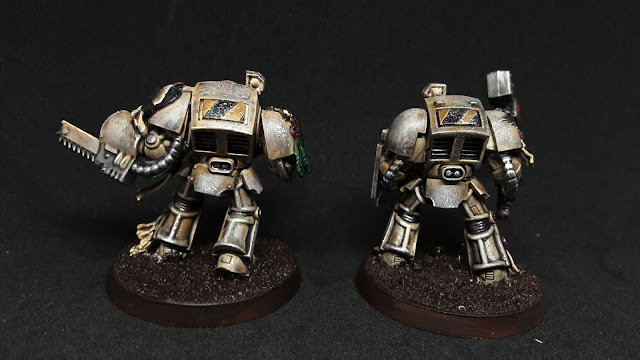 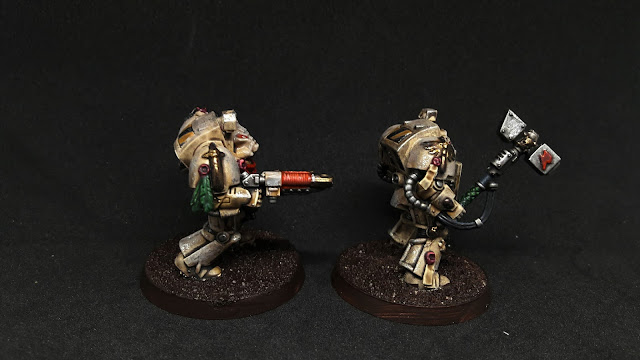 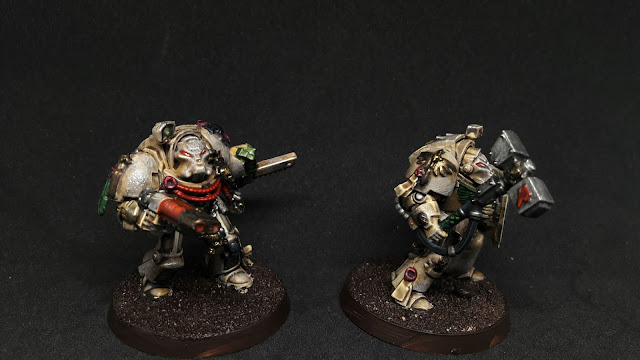 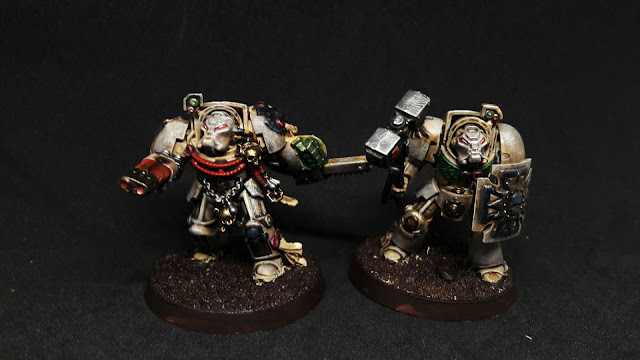 I have really enjoyed the commission painting that I have done, but being realistic going forward, I think I will only really be able to have 1 or 2 jobs on the go at once AND be able to keep up with my own painting, professional work and social life. So once I have finished my current jobs I will be scaling back due to those other commitments, particularly professional as I go all out on my thesis (10k words and climbing!). I've already agreed to take on more Ravenwing from the same client so that'll be an ongoing job and I've got another client lined up as well for mid to late march.

In the meantime I have these guys to finish, a squad of blood angels to do and the night lords to get cracking on with!

In other news you'll be seeing a big beast of a tank appearing soon as well as my finished Malcador Infernus :)