The Night Lords Return! Needing a Leg Up.... 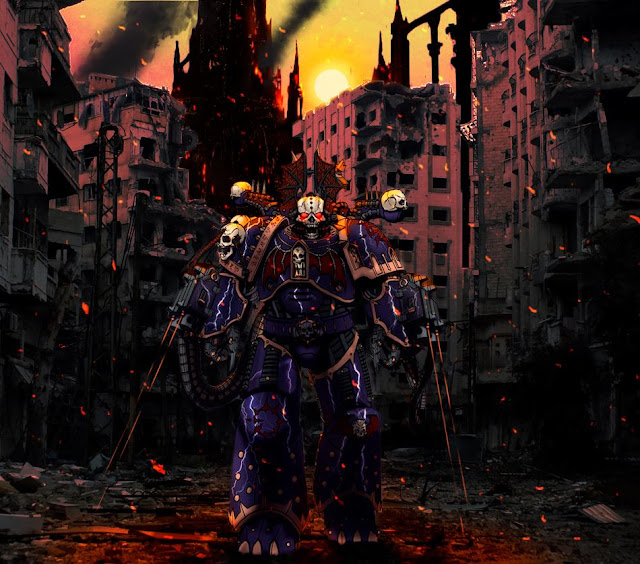 So those of you who have followed me from the early days will be aware that the Night Lords were my second collected army, after my Dark Eldar, and were the first army I actually fully completed painting wise. I sold them in the end, as I didn't feel at the time that there was any room for expansion without hitting unfluffy selections. I can tell you as I was VERY tempted by the Traitors Hate book to start collecting them again...

However I have had my itch for Terror sated by a fresh commission to paint up some Night Lords!! After receiving the models, I found a leg had broken off the forge fiend model that I had been sent, but this proved to be an ample sample (hehe) to test a scheme out on. And so I present the Forge Fiend Leg of DOOOOOOOOOOOOOOOOOOOOOOOOOOOOOOOM. 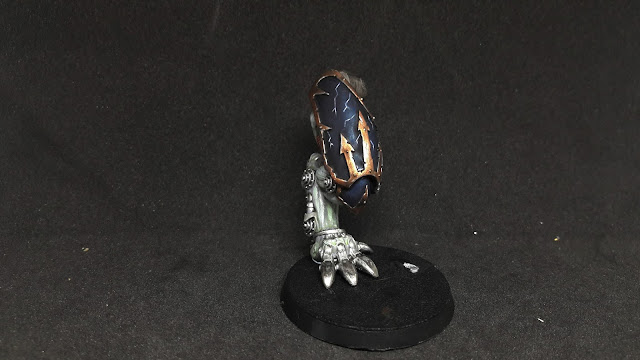 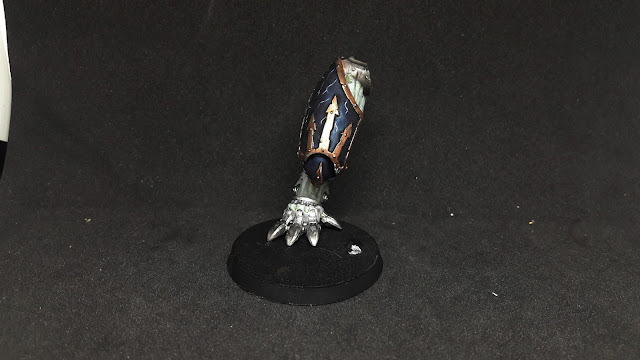 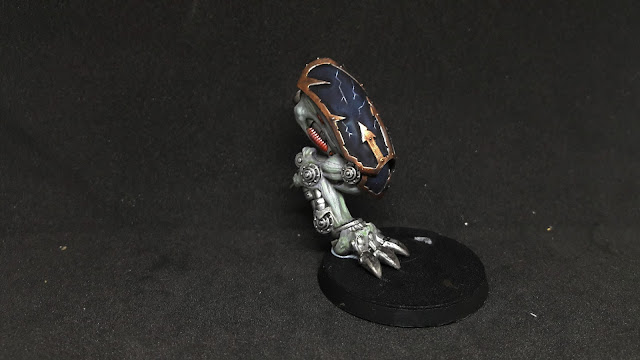 The request gave me some examples from the intertubes to go off for the blue and brass but I was asked to try an incorporeal look for the skin which I'm pretty pleased with!! For those that are interested, it was warp fiend grey with a layer of celestra grey before a waywatcher green glaze over the top and then a layer of ulthean(!?) grey on top.

I'm really looking forward to taking a big bite at these guys. Though in general, in my personal collection, you should expect to see some 40k creep back in... Maybe...