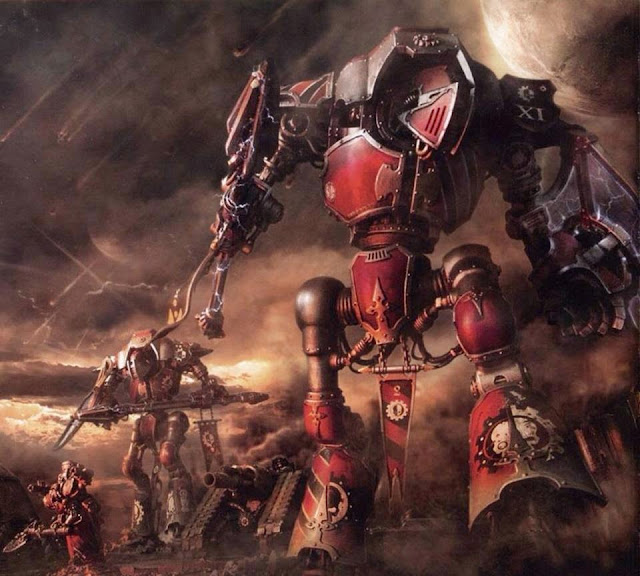 So I finally admitted to myself that I won't be playing Magic the Gathering again, or at least I won't ever buy more cards as I just can't keep up with the releases... at least whilst keeping up with 40k anyway!!! So I rummaged through my several thousand cards which date back to my first starter set I bought when I was 7 back in 1996 and took them to a local shop to trade in for store credit.

I managed to get myself one half of the renegade box set so I have an Imperial Knight to build! I'm planning to do some serious conversion work on this knight, and have bought some additional parts to make it as unique as I can. This includes some extra legs to lengthen the existing ones as well as two thunderstrike gauntlets! I'm going to be swapping the thumb round on one to have dual hands...

I also managed to get a squad of the legion of the damned! I ended up with these two choices as it means I can add them in to any of my existing imperial armies. The Knight should add some much needed punch and terror to my Dark Angels army in particular which with it primarily infantry based set up struggles to face against some beefier armies that are out there.

Anyway I just wanted to give you a little update on what I've got coming up on the blog. I'm hoping to do a very detailed series of posts on my Knight conversion and also hoping to get the legion of the damned ready for painting pretty quickly.

Hope your looking forward to it!