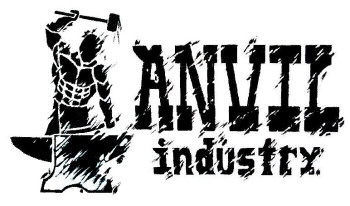 This is the second unboxing review of my Anvil Industry goodies that I received last week. Whilst the first half dealt with the 'body' of the order... That is to say the torso, leg and head elements of their Exo-Lord range, this second part will deal with the smaller items such as arms and weapons and other items to embellish your Exo-lord marines with. 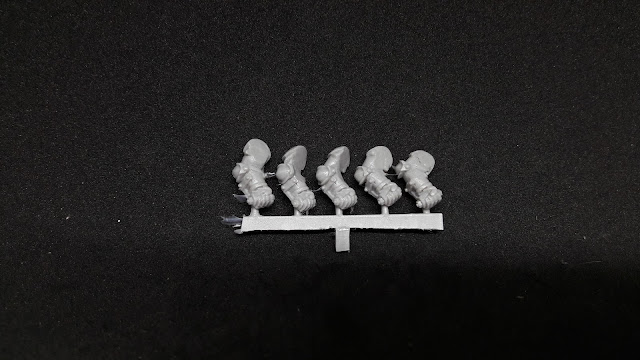 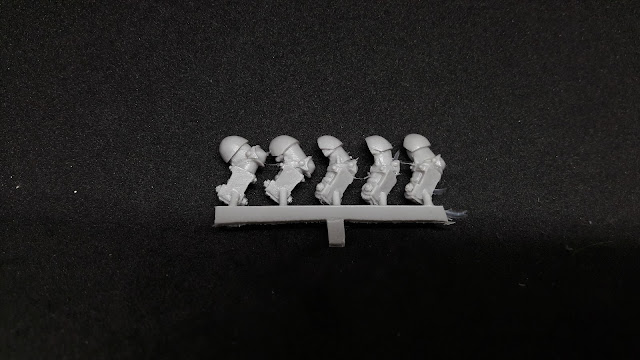 This is a representative sprue of Anvil's shield arms. These are extremely handy for anyone that want to design their own shield as they come with the handle and accompanying flat surface pre-sculpted into the arm. This also make it very easy to accommodate any other third party shields simply by smoothing the inner surface of the shield. A little bit more flash than we saw on the large elements but that's not surprising with the smaller detail of rivets and the like. Again very little if any 'greasy' feel of mould release. 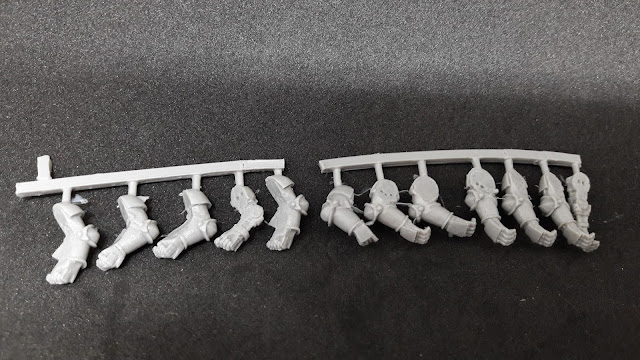 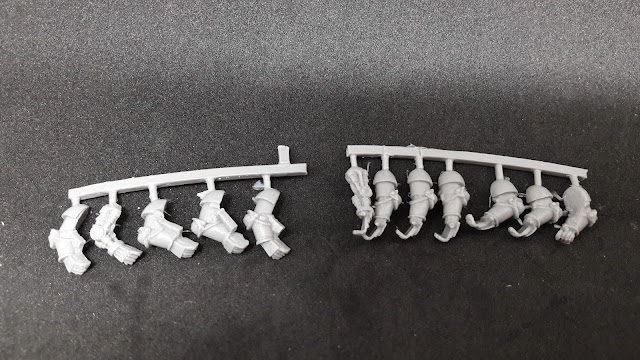 These are a couple of sprues of paired rifle arms to hold across the chest. My favourite aspect of these arms is that the butt of the rifle is built in to the right arm which makes it a lot easier to fit conversions to them. The butts of the rifles are designed to fit their own range of ranged weapons but they are very easy to fit to GW weapons or other third party weapons. Same points on flash and mould release as above. You also get a bionic left and right arm thrown in which is great! 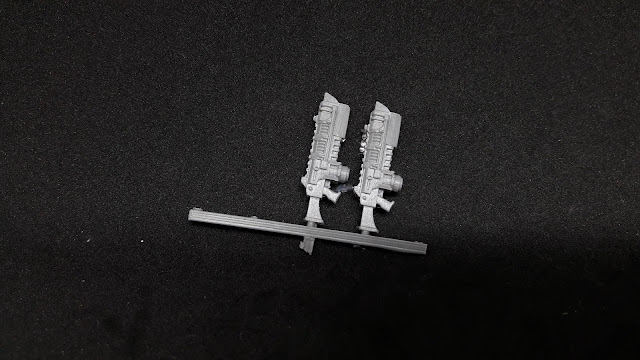 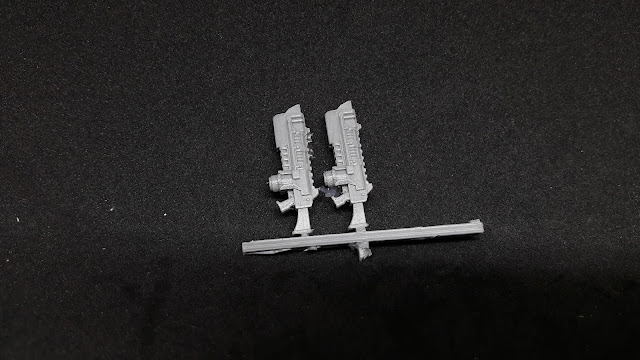 I bought a couple of Ion Weapons from the Exo-lord's specialist weapons range (which is VERY expansive) to count as plasma or graviton weaponry. As long as I am consistent with what they represent in the army I don't see any problems with WYSIWYG as far as non GW events go of course. You'll notice the butt of the rifle matches the ones sculpted into the rifle arms making a quick snip the only requirement to fit to the arms as desired. 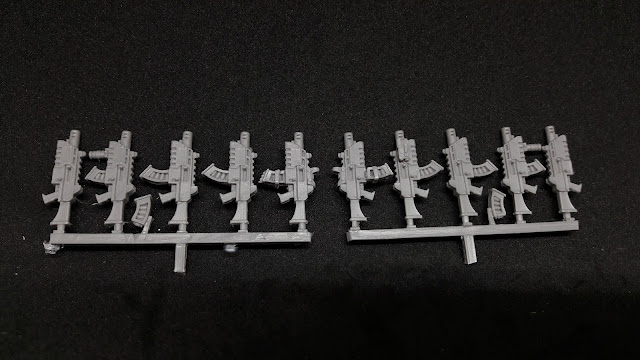 This is a shot of Widomaker Carbines, I like the brutal look of these and Anvil give you plenty of options in terms of having magazines sprued up separately if you wanted to model an Exo-marine reloading, though it is a cinch to glue it on to the rifle to make it match the other no problem. Personally I am using these to represent breacher marine weaponry in 30k. Again with both these and the specialist weapons, flash and mould release are minimal. I can't emphasise enough how that is a relative rarity from any company selling resin products!! 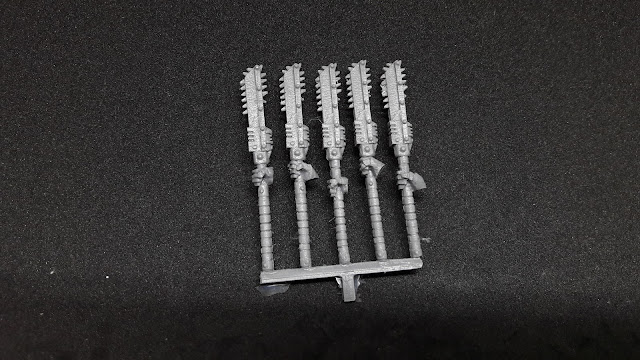 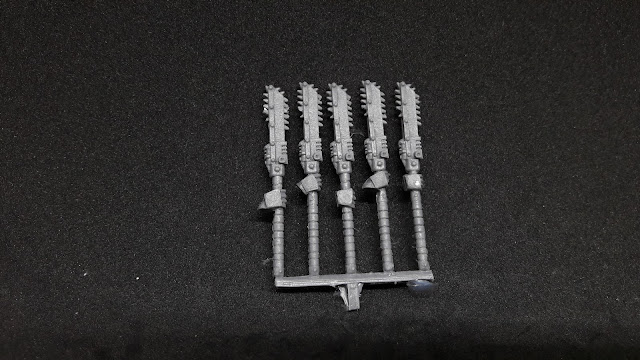 Chain Glaives!! These are particularly pertinent if you are playing Night Lords in the Horus Heresy as they are one of their signature weapons and they cost a bomb from FW! Not only are these wonderfully detailed but they have a very good variety of wrist positions which helps give you unique posing options. However once again it is easy to snip slanted wrist sections off to give you a flatter angle. Their are several companies out their that sell excellent weaponry but without sculpted on hands and these are a god send.

I will 'fess up that I bought these mostly for the haft as I wanted to use the blades from the other purchased weapons below on them. That conversion was extremely easy as you will see in my later posts showing the construction of this army. 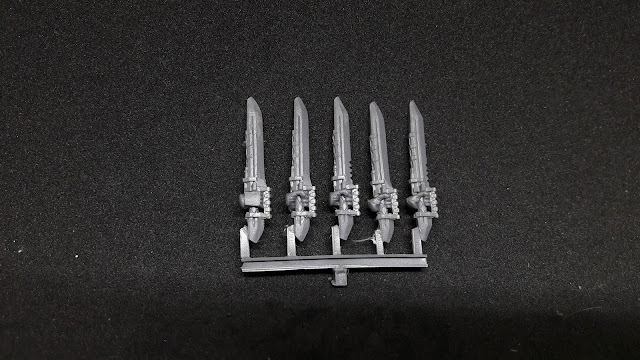 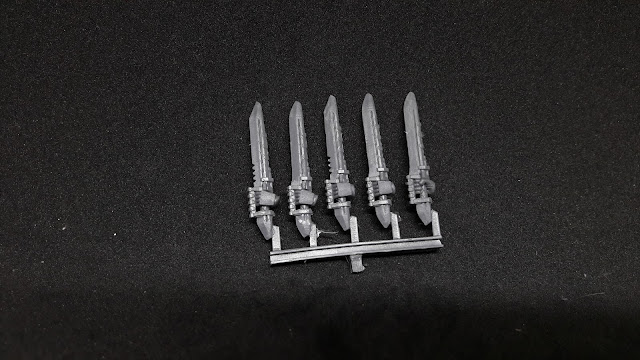 These are simply titled combat blades. I have a bit of beef with these in that you receive 4 left hand sculpts and one right hand sculpt which necessitates you buy odd multiples if you want a full squad of 10 left hands. I'd rather they were all left or right handed sculpts or split 2:3 one way or the other. But in terms of quality and detail they are top notch! And as far as I am concerned in a practical sense I was only after the blades anyway so its no matter. But bear in mind you only get one right hand blade in this set of 5. 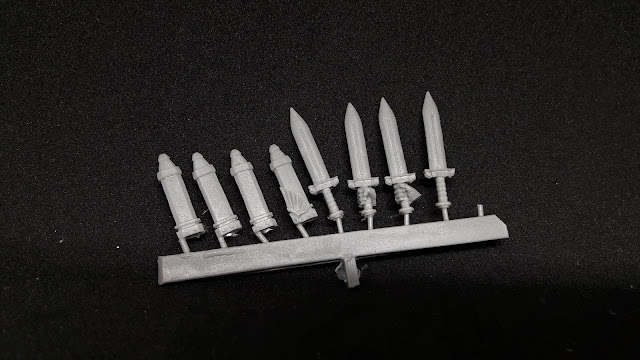 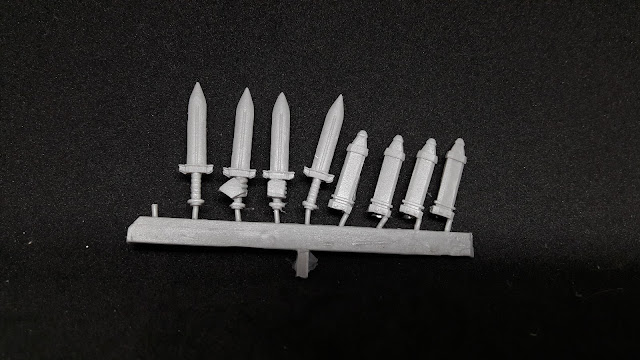 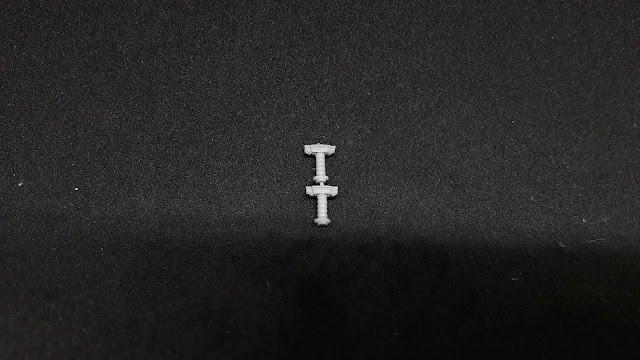 This Gladius conversion set is one of my absolute favourites. It will suit anyone wanting to convert up Ultramarines or Minotaur marines very well. Again this set really emphasises the flexibility that Anvil have built into their system of spruing parts. The option of scabbards for the weapons to be attached empty and the sword being wielded is great, but they have also thought too put on a couple of sword hilts as you can see above which are easily attached to the scabbard to make a sheathed sword. I mean how hard is that for GW to think of as well!? Also these were absolutely perfectly cast and so smooth to the touch that I did't bother washing them and they have glued and taken paint perfectly. 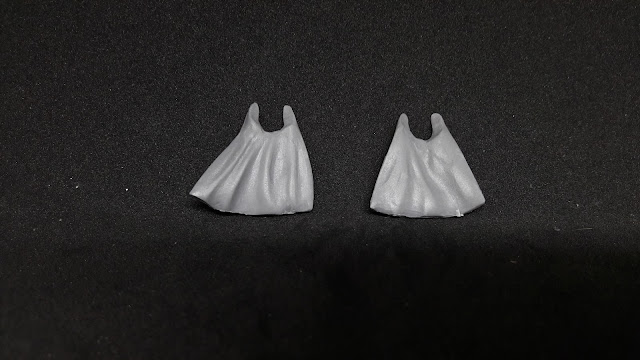 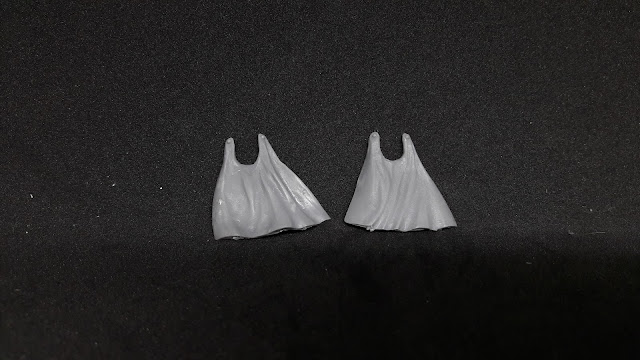 This is a couple of examples of the cloaks Anvil sell. In the top picture you can see the slight curve in the top of the cloaks. Take my word that this curve fits perfectly onto the gradient of marines shoulders as well as their own Exo-lord torso range obviously. This make it incredibly easy to add cloaks to pretty much any mark of GW produced power armour. Probably had the most greasy mould release feel of the whole order but I presume that's due to the number of slight folds in the cloaks. I've recently painted up a few of these as tests and they look bloody brilliant painted up! But you'll have to wait for the next article to see that ;) 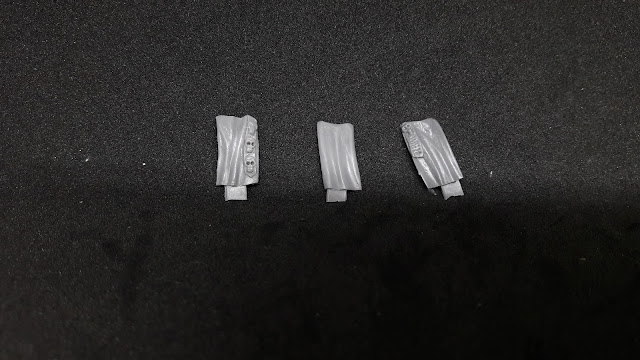 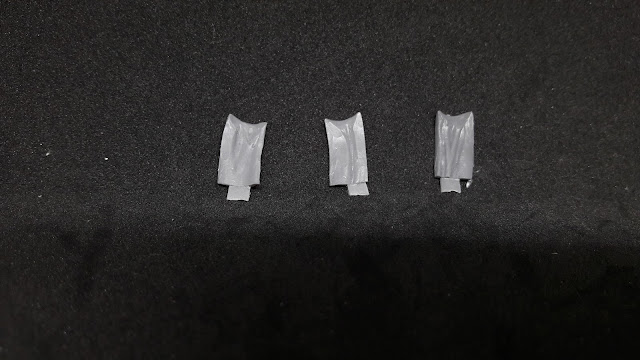 Finally we have a set of loincloths with a very similar curve at the top that fits the crotch of marine and exo-lord armour alike perfectly. I will say that they don't really gel well with some of the exo-lord running sculpts unless you cut them a bit shorter, but they are perfect for any stationary sculpts where the thighs aren't quite so dynamic. I didn't realise when I ordered them that they had extra detail on some of the sculpts with skulls and purity seal like additions which was a very pleasant surprise!

No surprises here I'm sure that I am very happy with the entirety of the order I received from Anvil. Top marks for casting quality, minimal flash, minimal mould release and most importantly a great variety in sculpts and options made available to you as a modeller.

Its worth mentioning that the Exo-Lord range is actually a relatively small part of Anvil's whole range and they have recently released a build your own regiment section for human infantry. I will be availing myself of this service after November pay day so I'm afraid you'll have to listen to me prattle on about that as well!

Anvil also have their own game system coming out with a BEAUTIFUL range of models that fir perfectly into the 40k universe. This game is called Afterlife and you can find out more through the link :)

Once I have got a bunch of building under my belt you will be seeing the fruits of my labour with all these parts together plus some parts from Kromlech as well!