More inroads on my Solar Auxilia Command Squad with a WIP of the Vexilarius. This chap holds he banner of the company high.... Or at least he would if I had painted his arms yet!! The banner is quite the bendy thing so I have magnetised that arm at the elbow which is sufficient support as the base of the pole has a built in slot along the Vexilarius' waist with a belt held holder to the left as you look at him front on.

As the banner is obviously mostly material which takes a lot of time to get right (such as the damn coast these guys where) I've set aside a full session just to paint that and the left sword arm as well. Functionally this chap is complete as you see him, though depending on how close the sword lingers to the body I may have to add some light green OSL to the left side of the torso as it comes away from the sword glow. 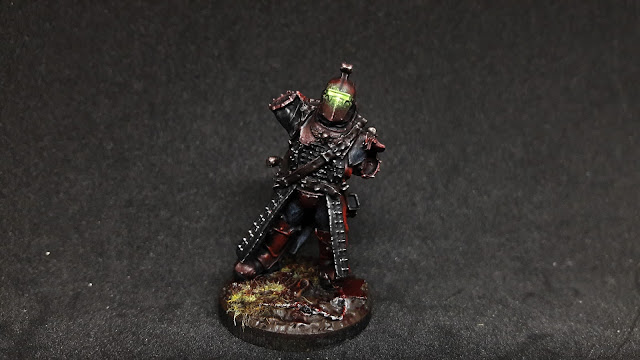 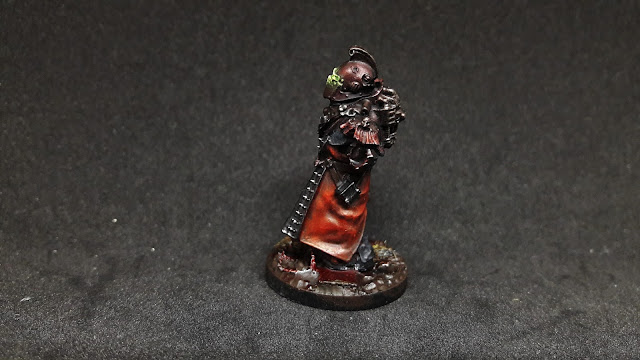 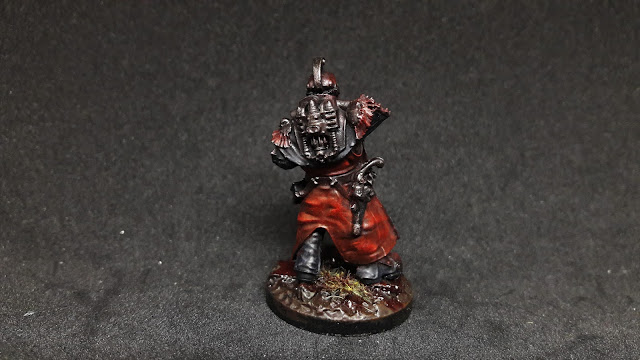 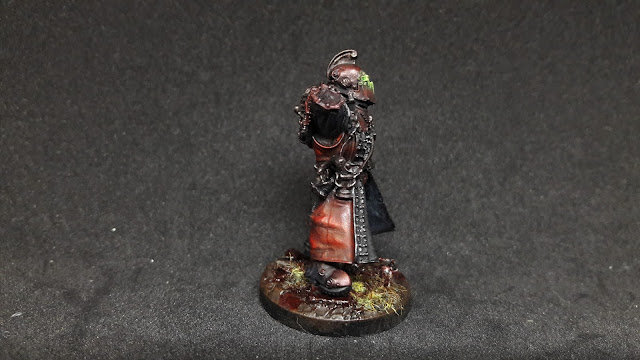 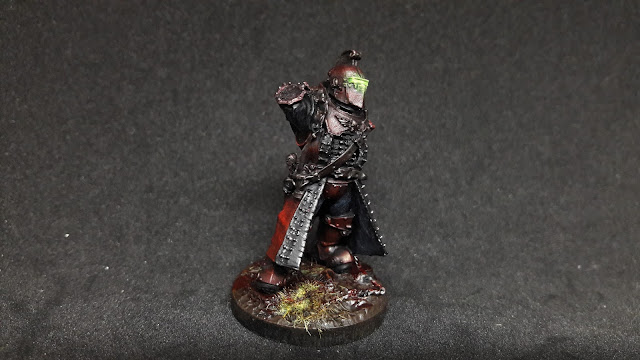