I've got another game against the Youtube gent that is Winters Seo coming up next week and I'm going to be taking my Solar Auxilia with me. That does however mean I actually have to finish them by then!!

Depending on how fast I can work I'll either be taking a 1650 or 2000 point army with me. On the to do list is finishing off the Vexilarius from my command squad and starting on the Startegos from scratch, two Dracosans need finishing (at least one for the 1650 point list), and a squad of 10 Veletaris with Volkite!

I've made some serious inroads with the Veletaris today which is good news! The guys below need their bronze/brass finishing off and visors painted but other than that they are pretty much done. Their bases still need finishing off with blood and barbed wire and then their arms are still sitting in bare resin. Expect lots of Solar Auxilia updates over the next few days! Wish me luck! 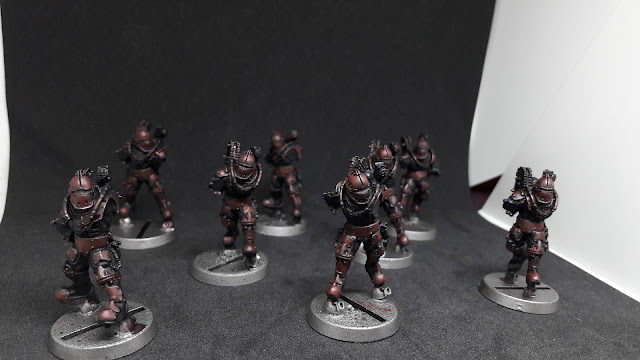 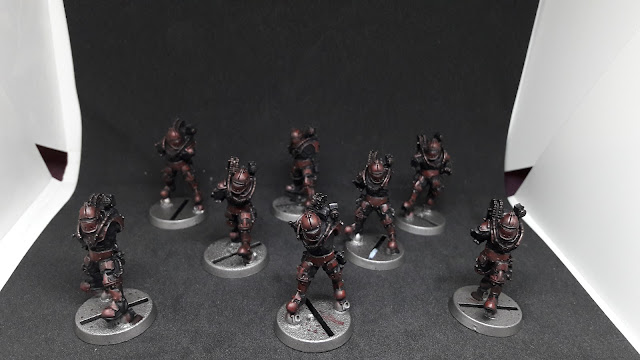 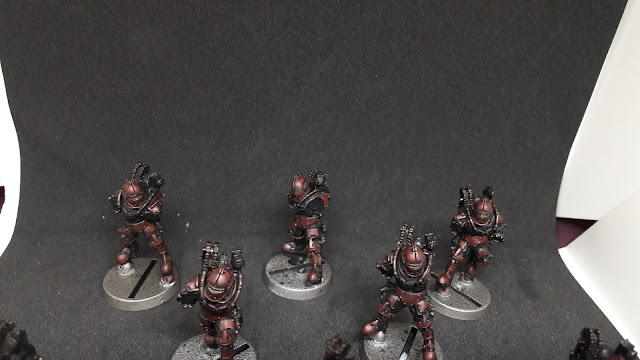 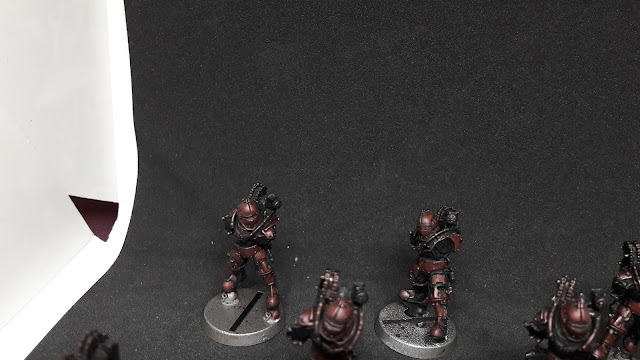 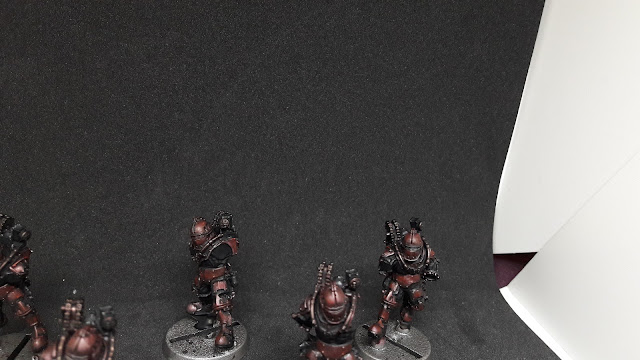 Oh and the black material needs highlighting too. Damn it!