After my recent ramblings were back to a good old honest hobby post. I've finished up the first 10 of my 20 neophytes that will make up my large crusade squads in my Black Templar army.

I have to admit that I am desperate to get this army done so it can sit pretty and be played with. With that in mind I haven't put the same effort into these as I have in my other recent endeavours such as all my Blood Angels models, so I have skipped painting a few details here and there. On the whole though I am pleased with how they have turned out and look forward to finishing the other 10 in the future.

The Templars are likely to take a back seat for a month or two though as the tournament I was going to take them too has been cancelled and postponed to next year, this is a real shame as I thought the rule set was excellent. If you want to read it, head over to "From the Fang" blogspot and search for fluffageddon. I encourage people to have an open mind and consider it for next year if you are in the UK.

Anyway, enough prattle, have some pictures! 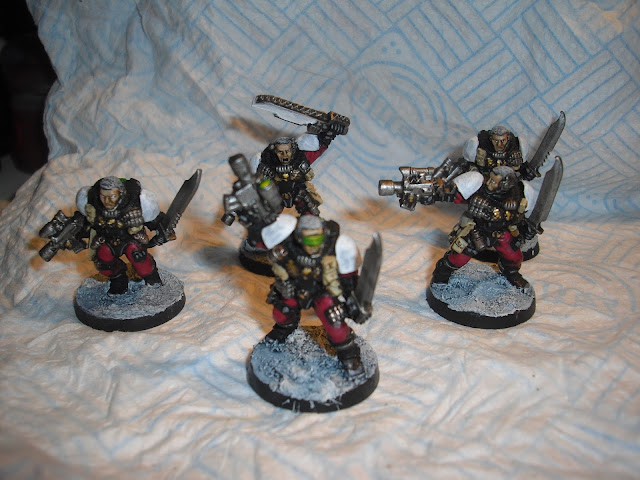 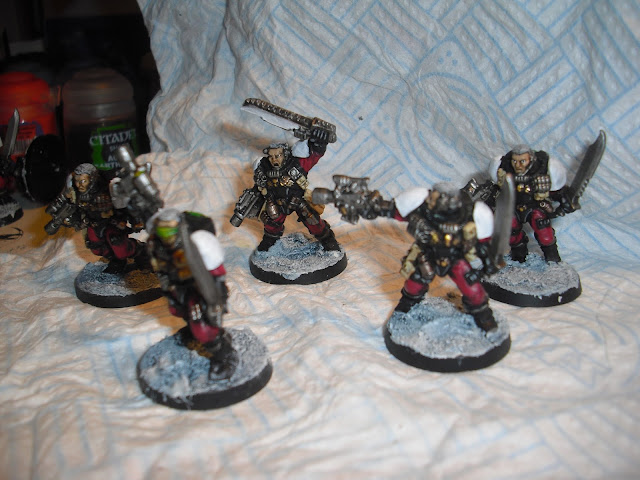 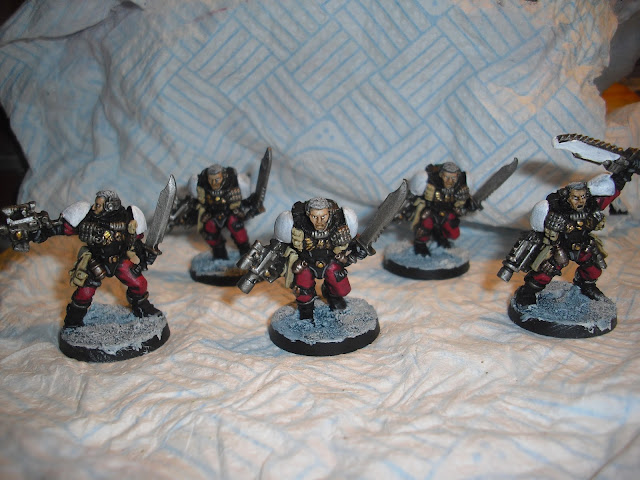 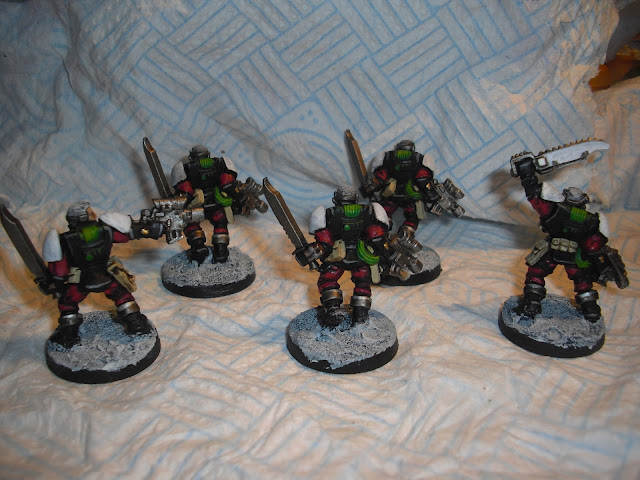 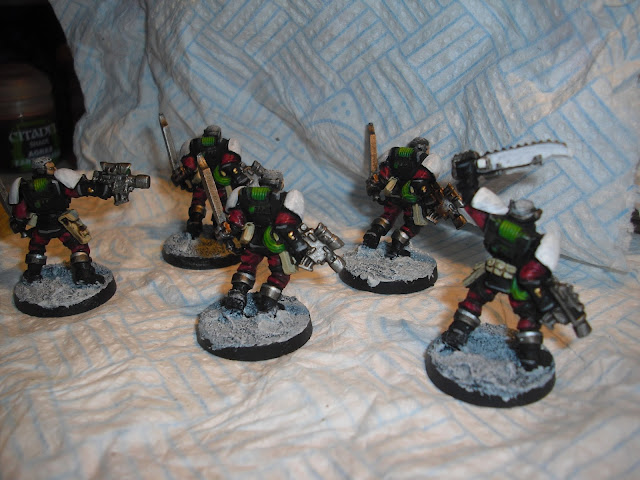 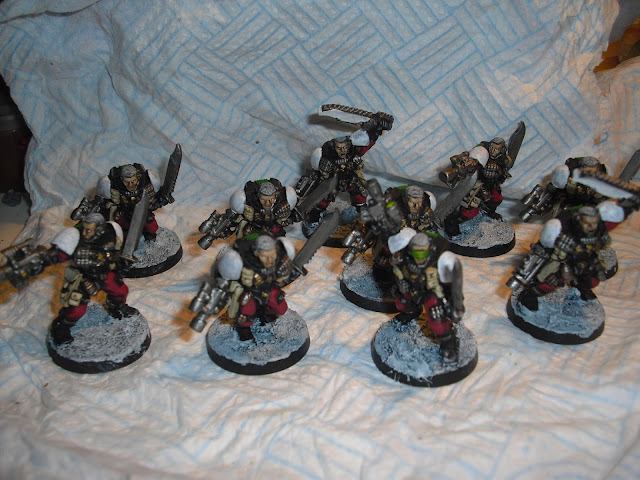 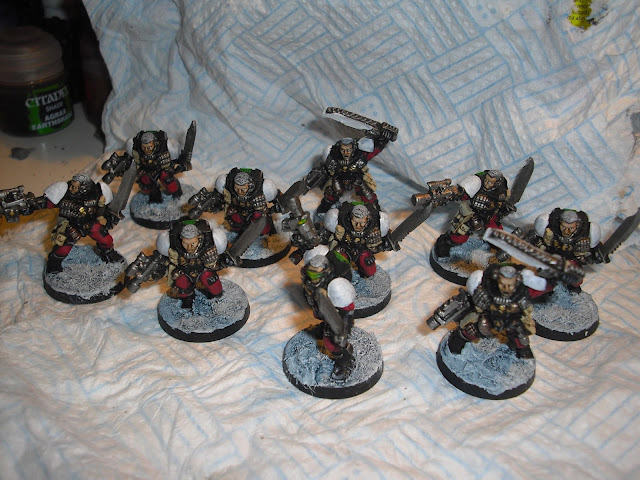 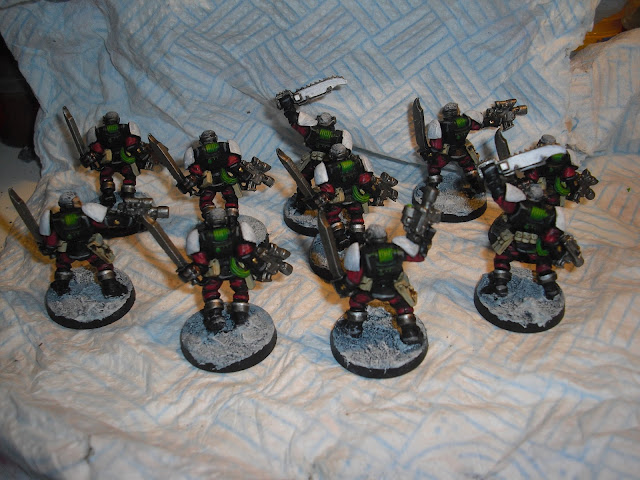 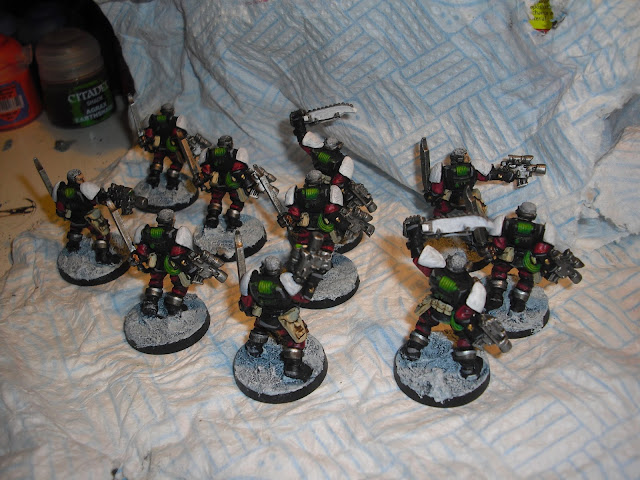 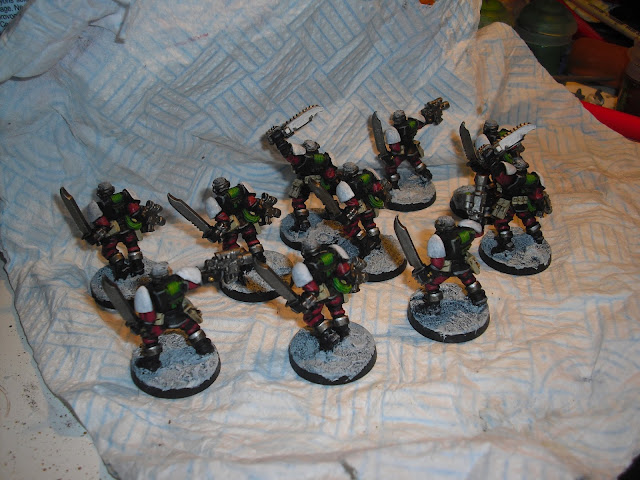 I'm currently building and painting my flyer base for my Storm Raven so hopefully some pictures of that will grace my blog in the next day or two, I've tried to make a little diorama out of it, but we will see how well that turns out!!

Thanks for tuning in again so see my offerings,