More productivity from me today but again a short blog post as I want to get some cleaning done around the house and then crack on with some hobby stuff this evening and further fight back the plastic tide.

I really struggle painting big flat panelled vehicles and so I tend to keep vehicles to a minimum overall, perhaps why I favour deep striking units or fast units in general. In my nearly 6000 points of space marines I have 1 landraider, 2 vindicators, a storm raven, a baal predator and 3 drop pods which I think is a pretty light AV count for that many points. Thoughts?

Anyway, that was basically a big preamble to me saying I'm a bit shit at it. I had a go at weathering and try to making this thing look mucky and oil smeared but I'm not terribly happy with the attempts, but I am happy enough with it and think that it won't stand out from my better painted infantry too much that it can go on the table. I am actually very happy with the base! Its a lone devastator from my Templar brethren taking refuge in a ruined bunker with an activated homing beacon which my Blood Angels have responded too and have come screaming to the rescue!!

It still needs a matt varnish (as do all my space marine models) but other than that and possibly any of your suggestions it is finished. 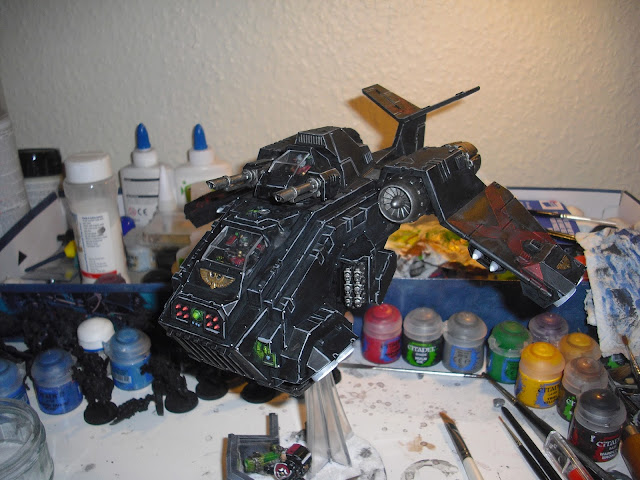 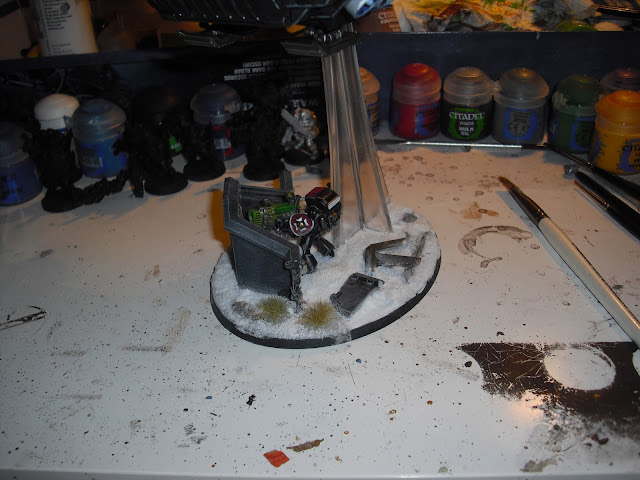 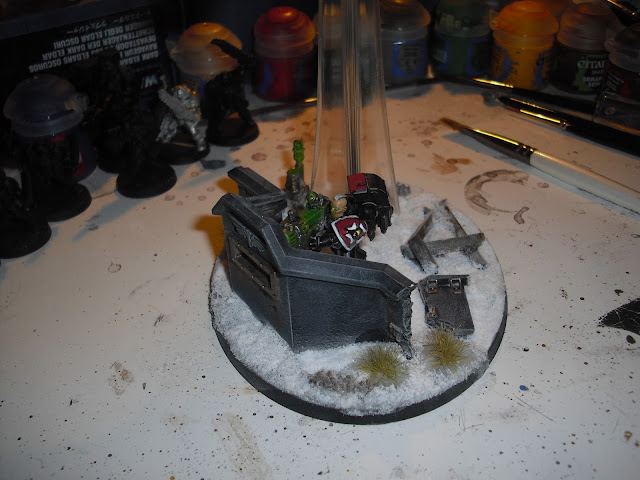 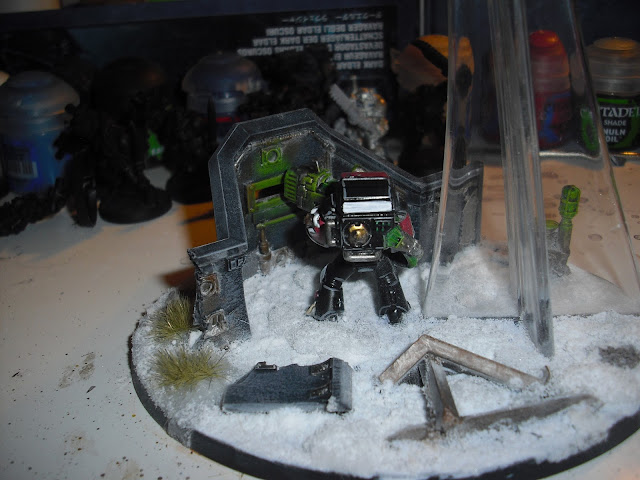 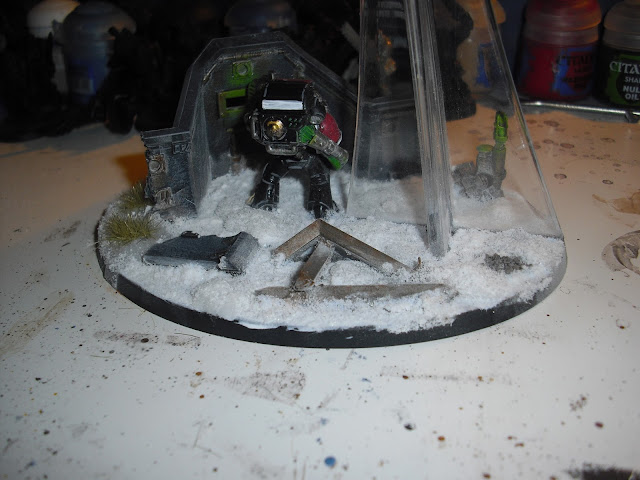 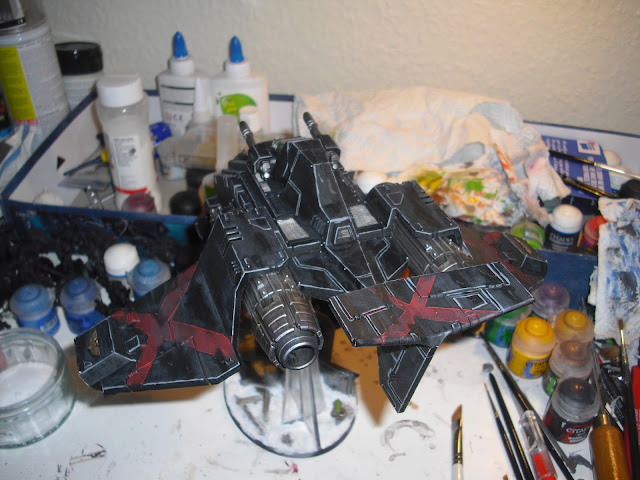 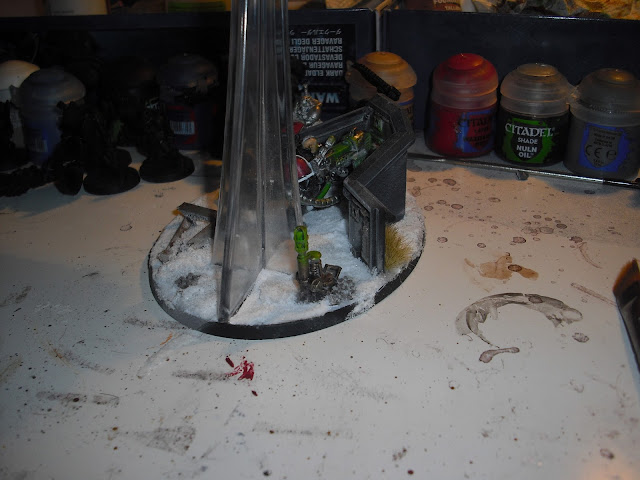 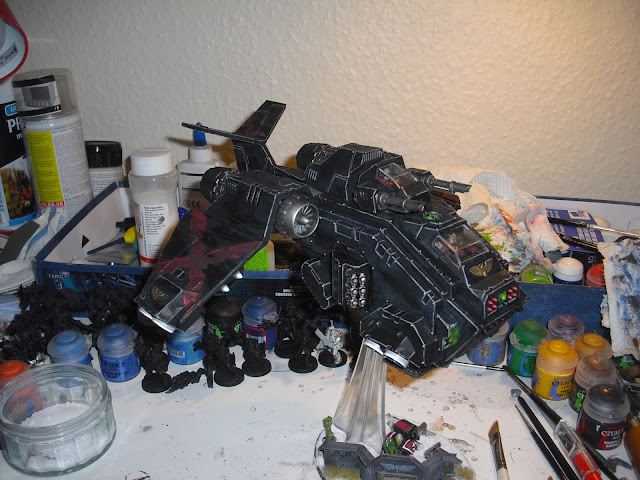 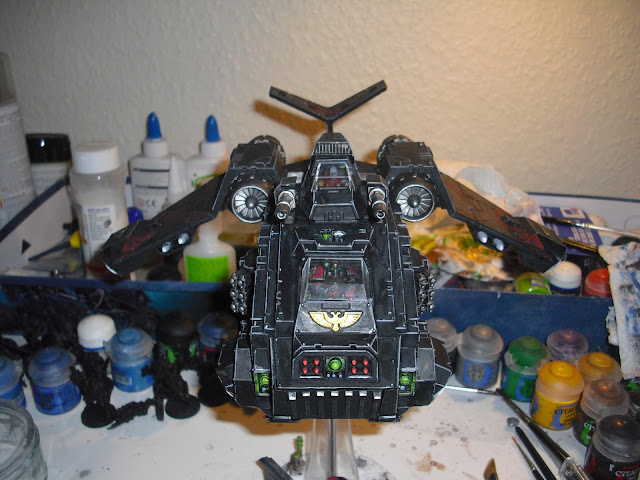 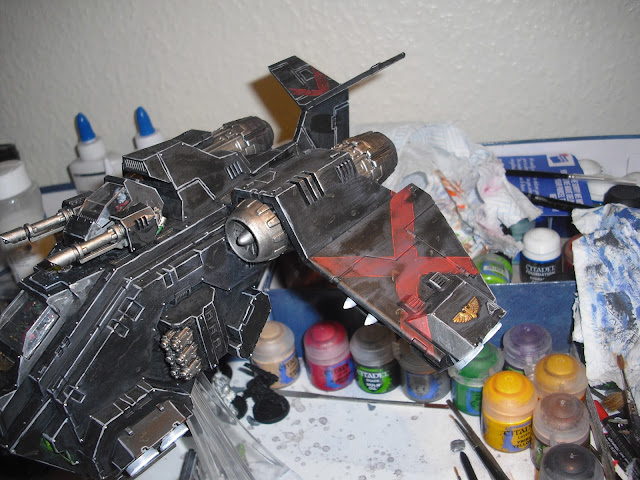 I hope you like and will tune in later this week for some conversion work and maybe some more WIP painting!