Not as much done this weekend as I would like, but with a BBQ and a day of Dungeons and Dragons distracting me I can hardly complain! I also went to a friends birthday Sunday roast today so I only sat down to my hobby desk at 4pm. But Igot in a good 3 hours of work with a fair amount of progress made to report upon! I'm also going to spend the rest of the evening going through my battle report pictures from Thursday and start organising them into some sort of narrative.

These guys are going to end up in a squad of 5 with the standard bearer and power fist (because it was the only arm that really worked with it...) and 2 encarmine swords and 2 encarmine axes. Today I knocked together 1 each of the sword and axe bearers though they need a bit of clean up.

I'm not a particularly bad converter but neither am I particularly good! But I'm pretty pleased with how these guys turned out. 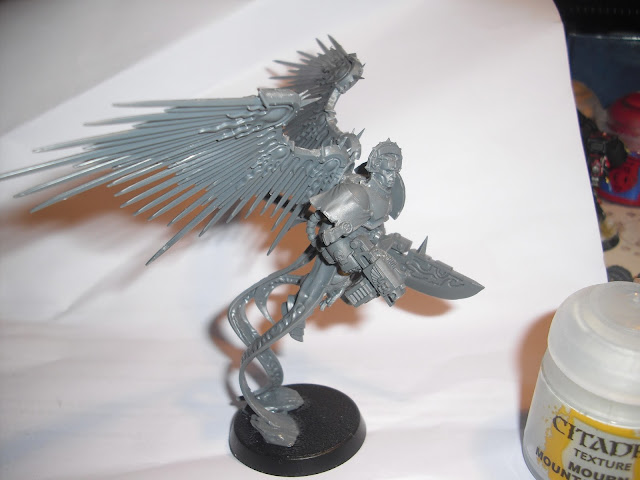 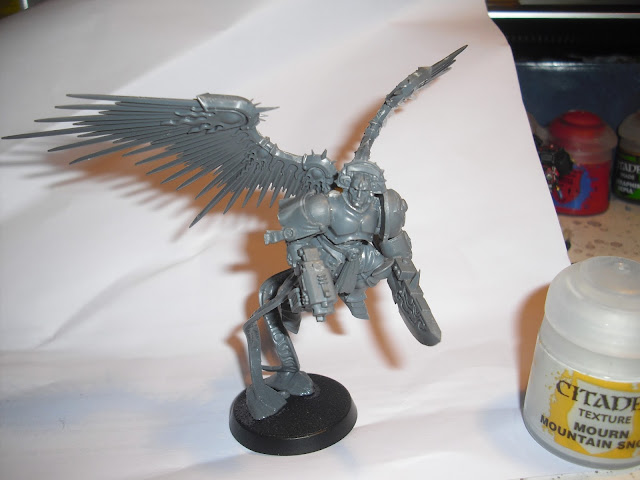 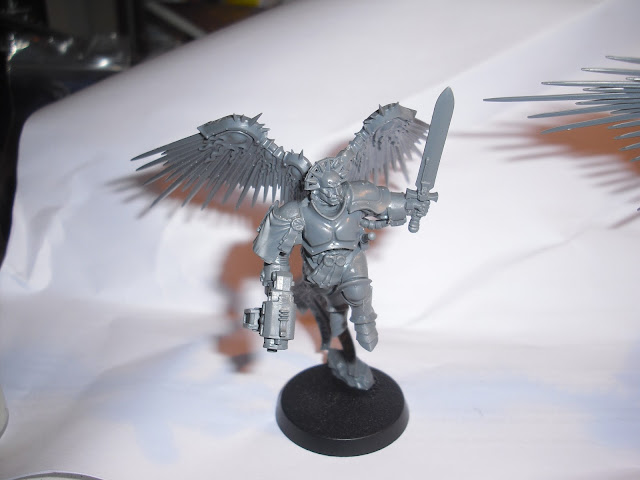 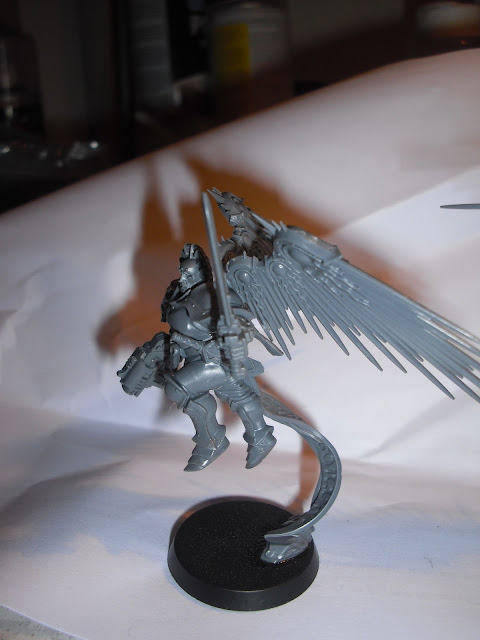 The "axe" is actually the force weapon from the Blood Angel Librarian sprue which I've been dying to use! The arms and other weapons are just taken from the regular terminator sprue that came in the shield of Baal deathstorm boxset. They work very well scale wise. I have had to weight down the bases though with a coin stuck underneath!

Finally I put all the layers of paint on my 5 Death Company required before washes and then washed the entire model in nuln oil and after that (though not pictured) I re-washed the ushabti bone bits with agrax earthshade to brown them. 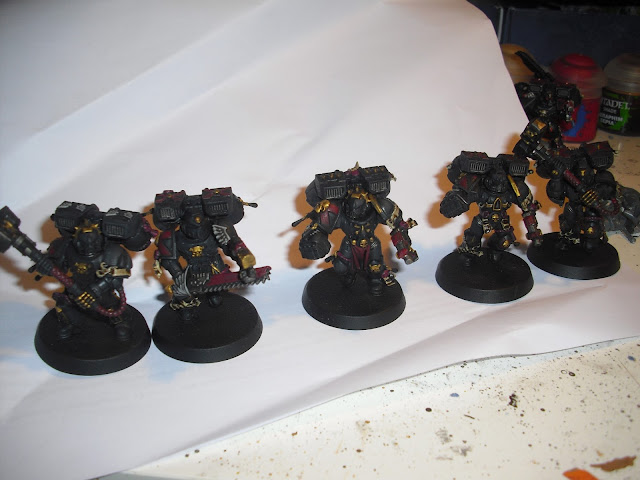 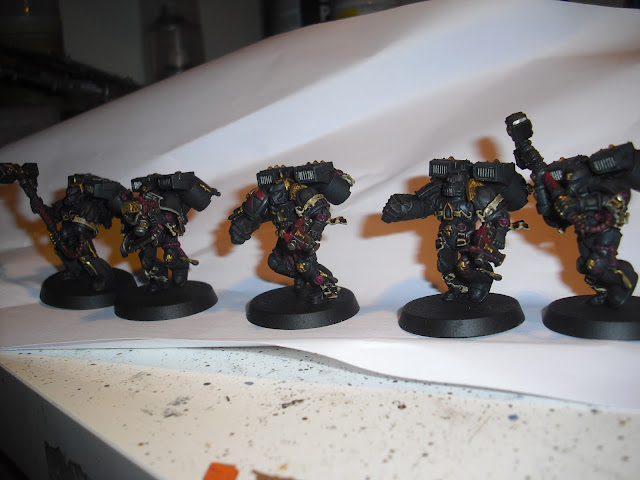 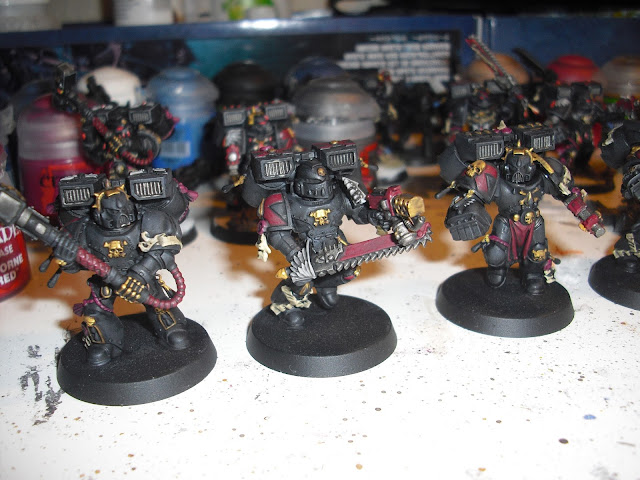 I now need to do all the highlights and add all the blue for the jets and cabling and then do the brighter red for the gems and eyes.

I should get these done on wednesday in time for a post but then work will have to immediately start on the next 5! Once those are done I will move on to my Baal predator and hopefully get that done at the weekend!

I'm also hoping to get the first half of my battle report up on tuesday which will represent the battle in the tunnels to set of a distracting bomb! More info in that in my last post but I will reiterate that on tuesday.

Hope you guys enjoy and have a good one.