Baal Predator ahoy! And Astorath the Grim finally based. 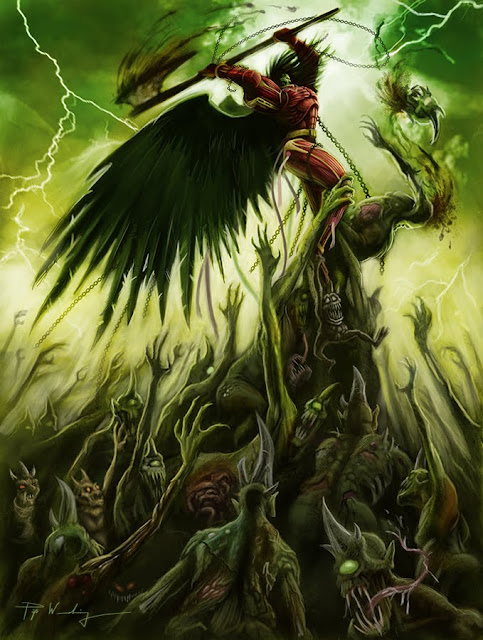 So I have the penultimate game in my running narrative campaign today and this one isn't going to be a custom mission but rolled up from the maelstrom missions instead. Its going to run at 2000 points and I am now using my Blood Angels after all of my Templars were slaughtered to a man! Well to two men, but close enough!

Unfortunately I didn't have quite enough points painted up when I counted them up last night and even then I will have a very low model count with expensive models being used and lots of characters as well.. so I don't fancy my chances!

In order to make up the points without resorting to resurrecting some Black Templar marines from the warp beyond I got down to the grind stone and smashed out my Baal Predator tank. Painted much in the same way as my Storm raven to be a dirty vehicle used frequently in battle, I think I overdid the initial dry brush a little bit but its worked out OK I think. I also attempted a bit of battle damage weathering which is a bit meh, but something I very much want to work on and can awlays paint over black if needed. Not too shabby for an evenings work anyway! 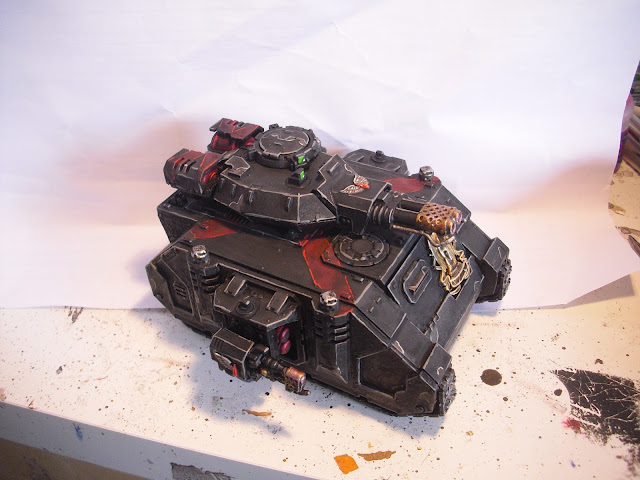 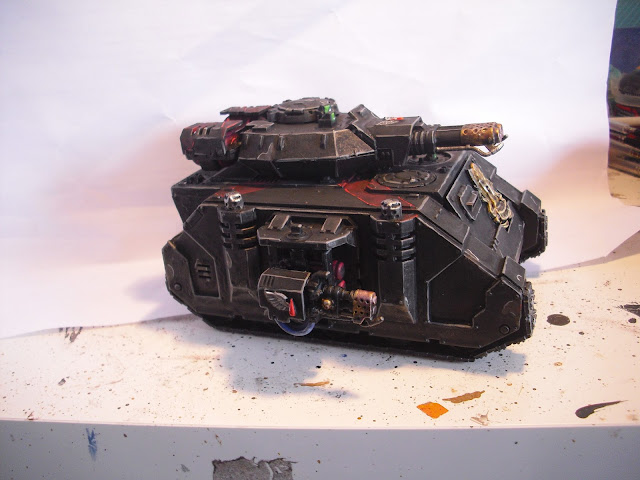 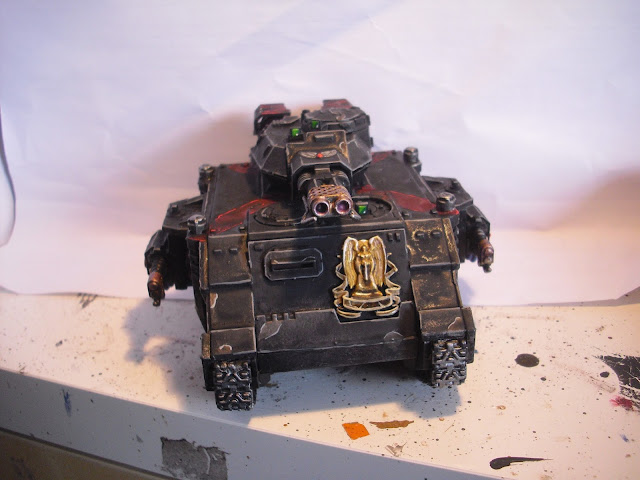 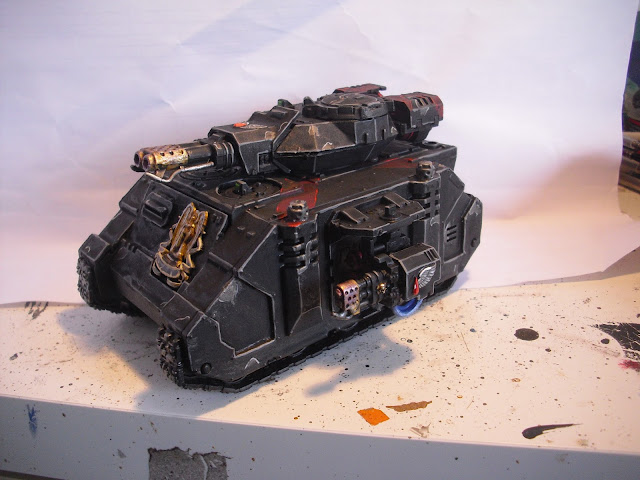 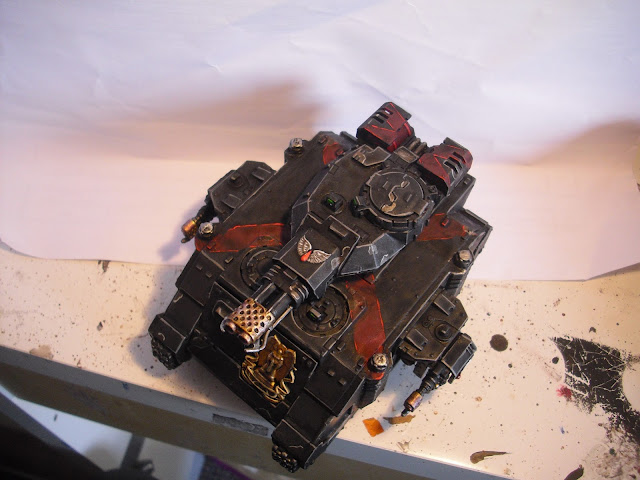 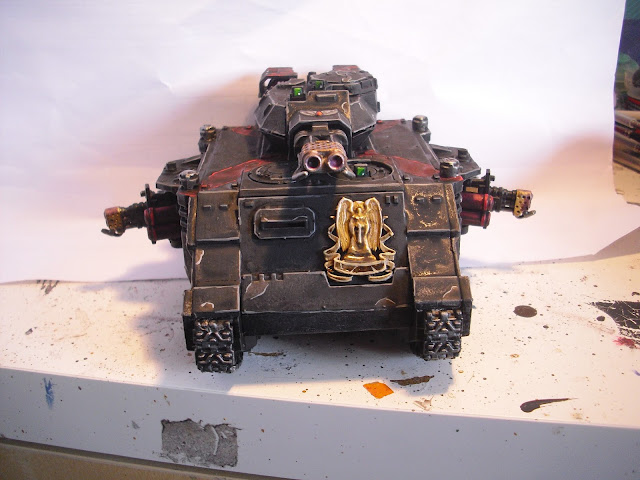 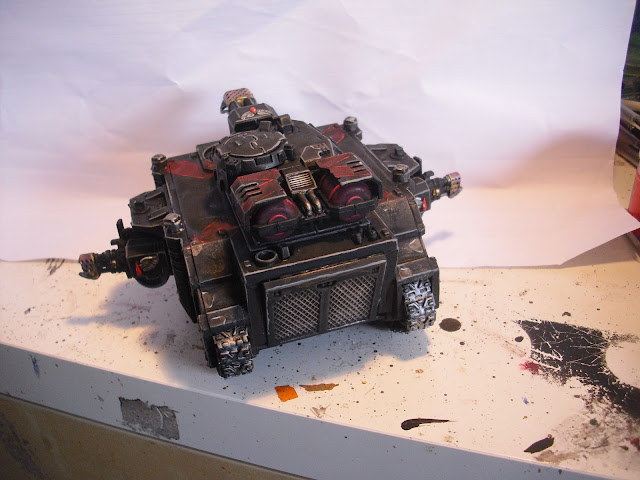 The model was an ebay rescue, which whilst mostly put together well, does have the bizarre back to front rear hatch which I could not fathom how that came about...

As with most of my Death Company I still really need to give it all one extra highlight of administratum grey, but it looks good enough in its current form to hopefully toast some Orks with them there flamers today! The winner of this maelstrom battle will be allowed to choose their deployment area, night fighting and to go first or not with no opportunity to seize in the final battle of this campaign. Tasty!

As usual please keep an eye out for the battle report next week after I've sorted through the pictures and gotten it written up in a narrative. And in a fortnight there will be the big showdown, which will be 2500 points of Blood Angels versus Orks entrenched in an Ork town barricade ready to fend off my attack!

Finally I actually received my base adaptors for 25mm to 32mm size and applied them to Astorath the Grim, Redeemer of the Lost. Pictures!! 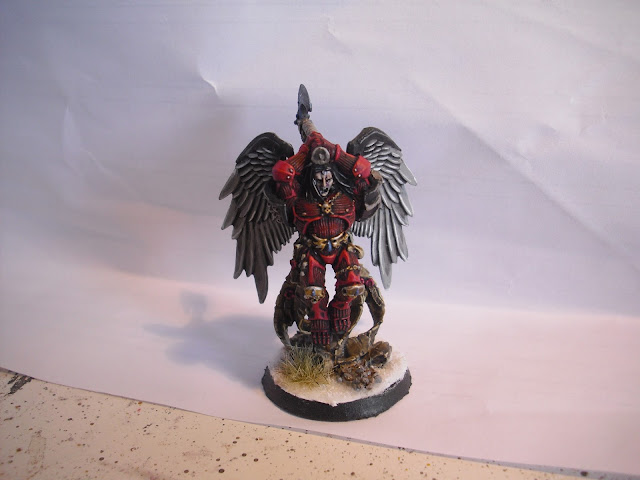 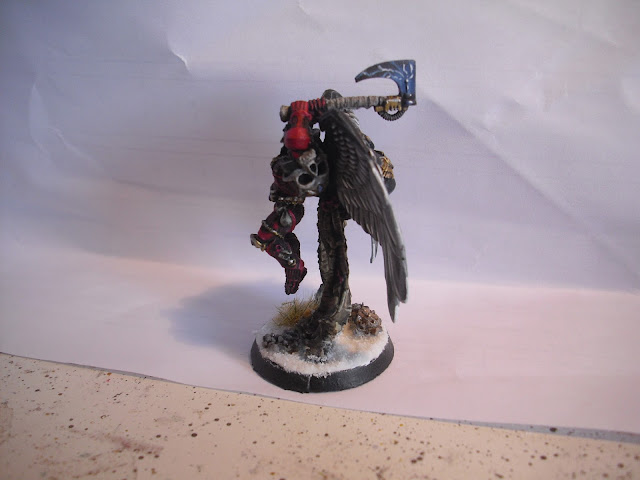 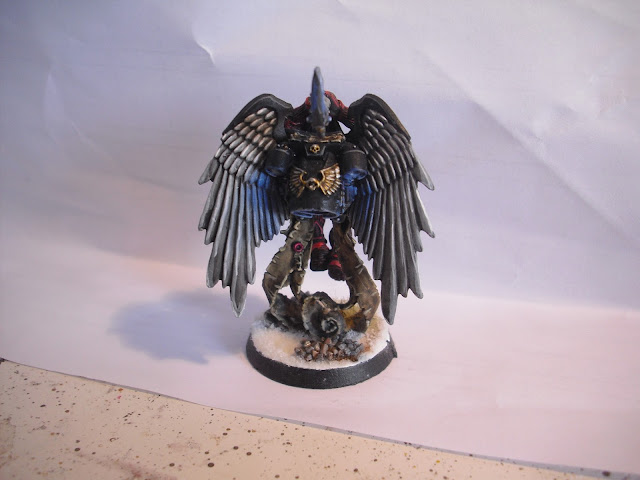 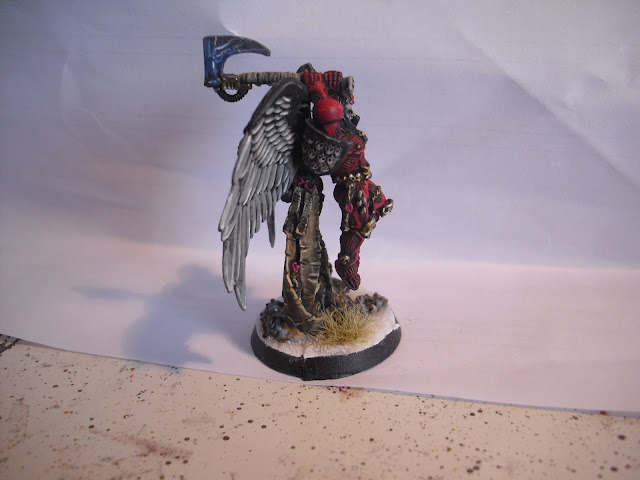 Overall, supremely underwhelmed with them, I had expected them to be a much better fit overall and they were all too large to glue on snugly so I had to cut small bits of each end to get them to fit around it giving a nice contact on the 25mm base. You can see from the pictures below how they leave a gap if you fit them too a 25mm base without cutting them. 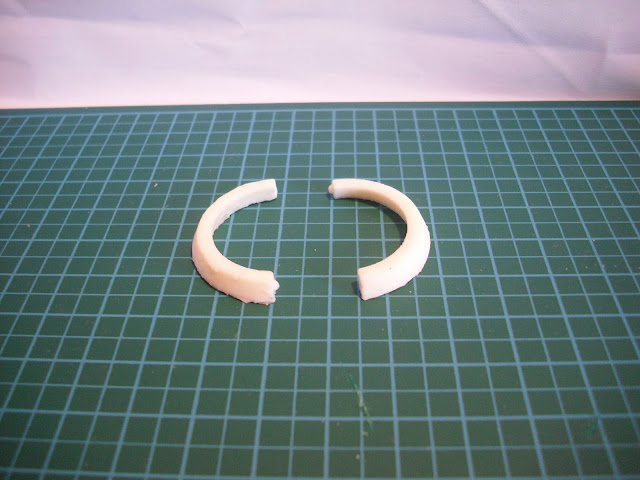 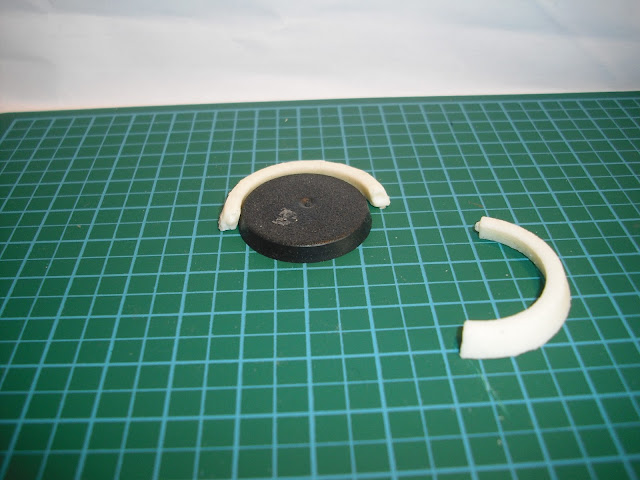 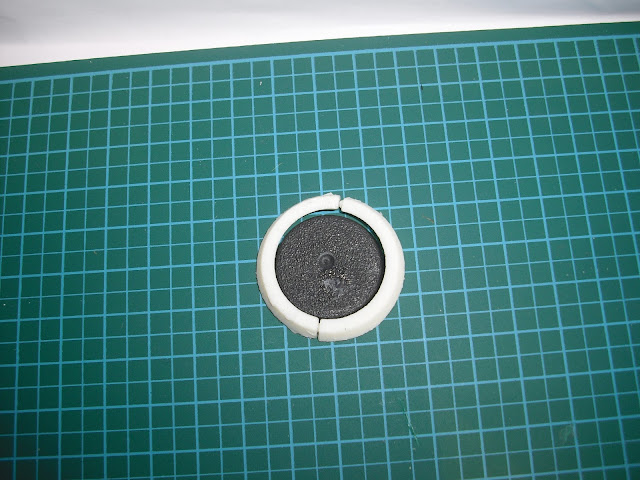 He looks good overall in the end and fits in nicely now with his increased base size, but if I had a lot to do I would just tear them off the old bases and stick them on actual 32mm bases. But for the odd character they are OK I suppose. 6/10 overall.

Anyway, I have next week off to expect a lot more death company WIP shots and also some musings on how I plan to field them and tactics for getting the most out of them!