As promised (or threatened), I am beginning my even greater deluge of Death Company WIP pictures today. And I hope to have many more shots, particularly of completed models my the end of this week on next Sunday. If all goes to plan (so no) I should have a painted Death Company Drop pod, and 10-15 more panted Death Company, along with either a Chaplain in Death Company colours, a Sanguinary Priest or, cautiously, both of them.

But rather than looking to far ahead let me just give you a few pictures of the the Drop pod that I have been working on. This was bought of ebay and came with the outer shell and the inner shell built but separate with a load of sprue still attached so after filing it all down I gave it an undercoat of black and a heavy drybrush of eshin grey, this stage looks like the outer shell picture below: 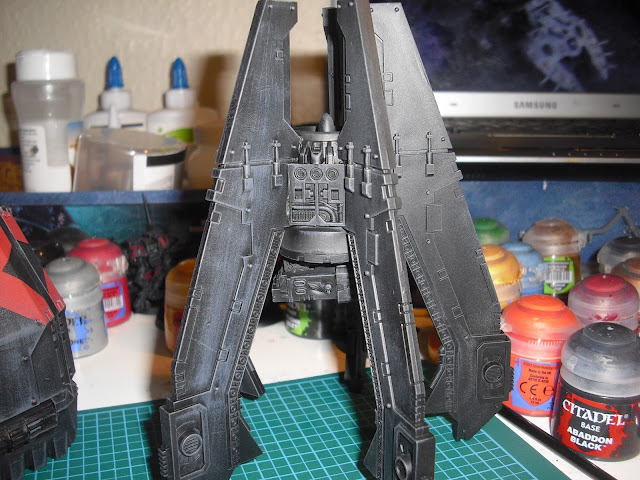 As you can spot to the left of the picture I actually based the outside doors of the drop pod in mephiston spray before using tamiya tape to make a Death Company cross on all the doors before the black base coat. This was then drybrushed using eshin grey and looked like so: 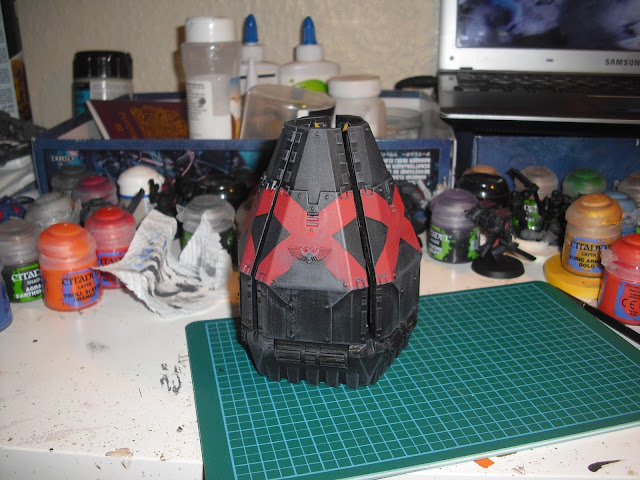 I was absolutely certain I had taken WIP pictures of the interior as I was painting it, but evidently I did not or they weren't saved for some reason, but I have finished painting the interior of the drop pod, I used a fair amount of drybrushing for the overall aesthetic as I couldn't bring myself to line highlight the interior of  a vehicle that will be hidden from view a lot... But I'm quite pleased with the look of it anyway: 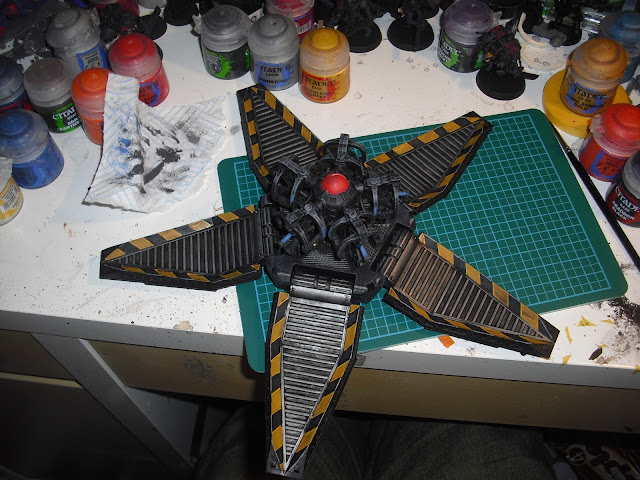 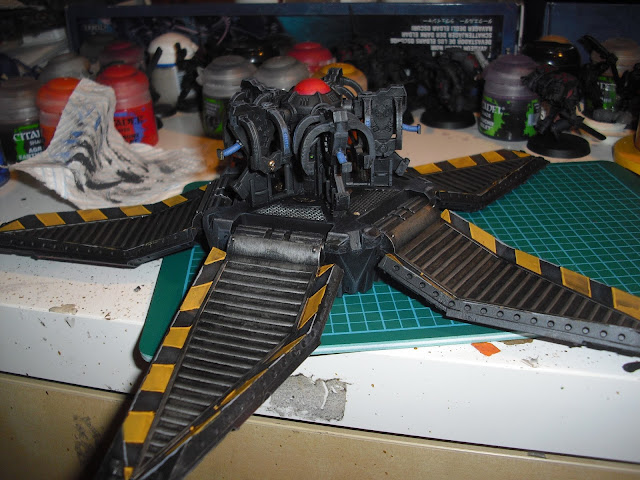 And in all of these pictures you can see my new modelling mat, huzzah!! The hazard lines were formed using tamiya tape again but a thinner version of it, I want to say 6mm? The tape is bloody excellent though I lost the will to live putting all those bits of tape on, it just got so dull and I always think drop pods have one less door than they do which is always demoralising when you realise there is another damn door to go... Bah, bah I say!!!

I am going to attempt some heat style weathering on the side of these which terrifies me as I feel I will muck it up, but smashing a few tutorials together I hope to produce a semi reasonable effect, and again it will spend most of it time with the doors down and I am rather gosh darn proud of those hazard lines!

Tune in tomorrow for hopefully the finished product and later in the week I hope to have the penultimate game in my narrative campaign up for your reading and viewing pleasure! It was a doozy!