Finished basing and Re-starting efforts on the Death Company 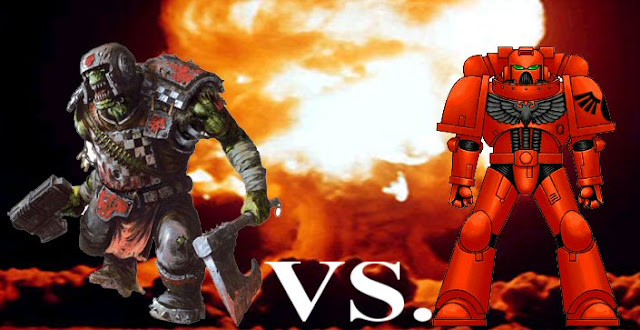 Been a very busy week for me so far so sadly very little hobby progress. Though I do have the third (and fourth sort of) of my narrative games tonight between my force of Black Templars and my opponents force of Orks. After this battle my Blood Angels will become the major players allowing me to use more of my collection, but also necessitating more of it being painted!!

The battle tonight will have 2 different parts to it. The first will be played on a 4x4 board with a central comms relay that will be surrounded by my Black Templars, soundly beaten in the last game on objectives they have had to run and summon reinforcements from allies in the sector. In order to ensure their allies timely arrival they must defend the comms relay for the entire game and hold it at the end.

The pursuing Orks, raging for more fighting after their victory will be coming on from any board edge which they choose and they must hold the relay at the end to delay the arrival of the Blood Angel allies, the closest in Imperial space, in the next two games.

This is going to be a small 750 points game so it should be quite frantic and bloody! I painted up my Templar Neophytes specifically for this game to give me some cheap bodies to throw around and shield the relay with. Plus it represents the dwindling numbers of the Templars and the Neophytes now make up a third of their force as they are whittled down by the aggression and insanity of the greenskins.

At the same time, on the other 2x4 bit of board we will have a special tunnel board set up which will represent an underground facility by the comms relay. We will be playing a pseudo kill team game here (we are ignoring specialist etc because its not something either of us have played and time is a premium so we want it simple) where 150 points of Orks will face off with 150 points of Templars and the victorious team will get the chance to set off some bombs underneath the relay which will hopefully aid their comrades above.

It promises to be a fun game! And because I now have my dedicated hobby camera I should be snapping away like a madman and have lots of pictures for battle reports  for you!

Finally, here is some WIP pictures of Death Company who have just had Khorne red added so far after a heavy drybrush of eshin grey. 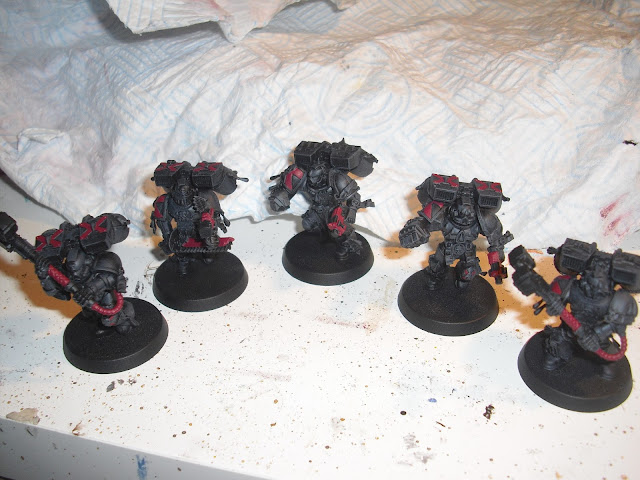 And also some pictures of Raphen's Death Company and Lemartes who I have finally updated their bases with some slightly better pictures in general with my new camera! 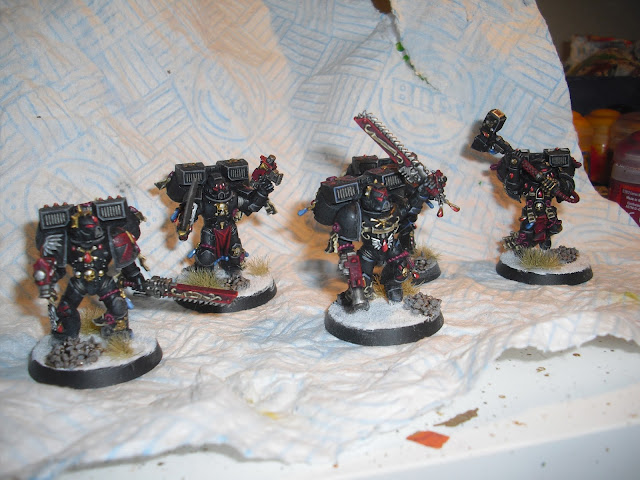 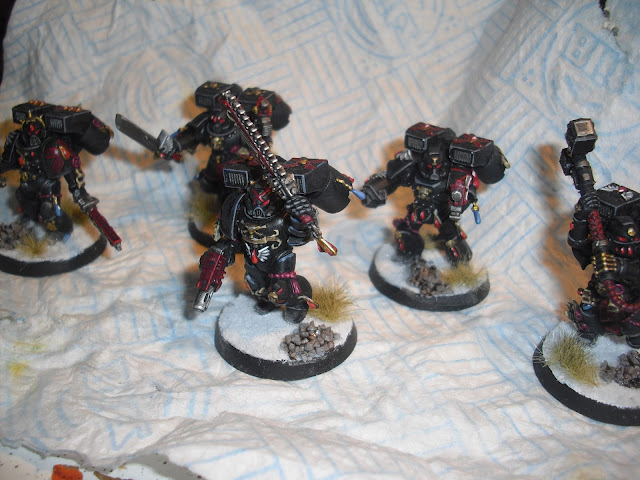 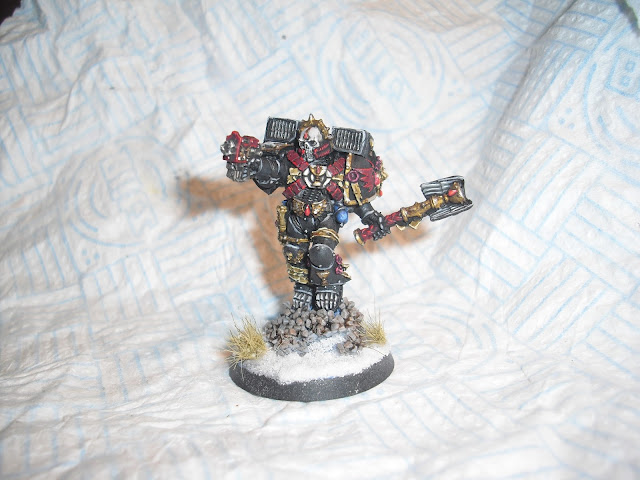 Tune in on Sunday for hopefully the report from the tunnels game and more hobby progress too!