Today I'm going to go over the Legion Javelin Attack Speeder. This is something I had never really given much thought over, but one of my (few/only) regular playing partners Dan has one and its a real asset to his force every time it takes to the field. And when I say asset, I really mean a pain in my backside until I destroy it!

The Javelin is a fairly standard speeder in terms of its stats and durability:

In case anyone needs reminding, as a speeder this is both a skimmer and fast.

Overview - A speeder profile, but a base cost of 75 points wouldn't buy you much else!

Only two special rules for this unit but ones that give it a lot of flexibility.

Deep Strike - The speeder doesn't have a large surface area so this is definitely an option to consider during deployment if the table looks to allow it.

Outflank - Again this just grants you an additional tactical option during deployment, and with the fast type, even coming on at the wrong board edge shouldn't put the speeder out of the game.

Overview - So these focus around how you can deploy the speeder, giving you the option to start on the board, outflank or deep strike in. More options like that are never a bad thing! 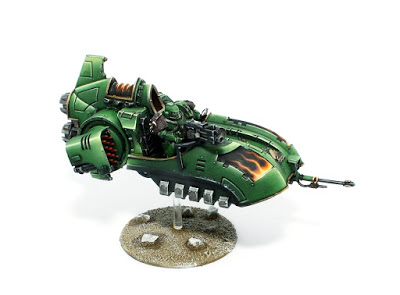 Here's what you get for your money as standard:

Twin-linked cyclone missile launcher - 48", with a frag (S4, AP6, blast) and krak (S8, AP3) option both at heavy 2, this gives you a decent amount of flexibility in shooting as standard

Overview - Taken stock you have a very fast and mobile platform that can deliver twin-linked S8, AP3 shots into light to medium tanks or infantry as well as putting out some heavy bolter shots. Coupled with the deployment option, this is not a bad unit to take as standard. 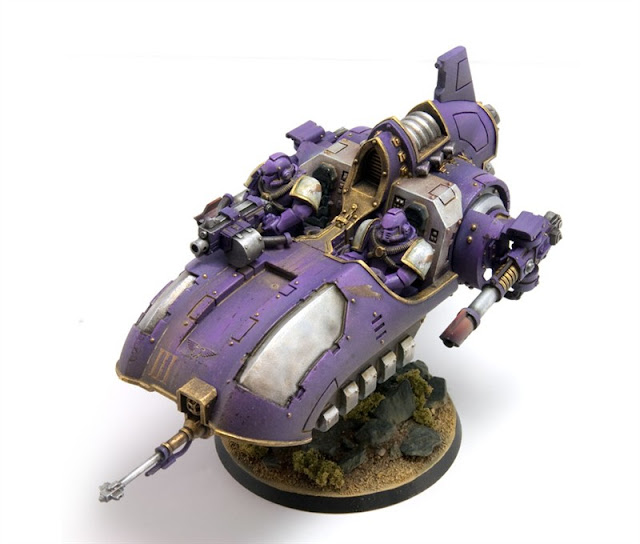 Options! A nice amount here to look at:

First up we have the option for the speeders to be taken in units of up to 3 for an additional +75 points for each speeder.

Twin Linked Lascannon - A straight up swap for cyclone launcher nets you one less shot at an increase of strength and AP by +1. Costs 10 points.

Whilst lascannons are always great, if you already have dedicated anti-tank covered then I would skip this for keeping the cyclone missile launcher. Purely as it has more versatility with its two variants.

The heavy bolter can be swapped for a multi-melta or a heavy flamer. The latter is free and the former is an extra 10 points. Either of these are good and it will depend on what gaps you want to fill in your force. The flamer coupled with the frag firing mode of the missile launcher will grant you good horde thinning options whereas the multi-melta will pair well with the S8 Krak option.

Each speeder can also take up to 2 hunter killer missiles as well as take a searchlight each. Can be taken individually. 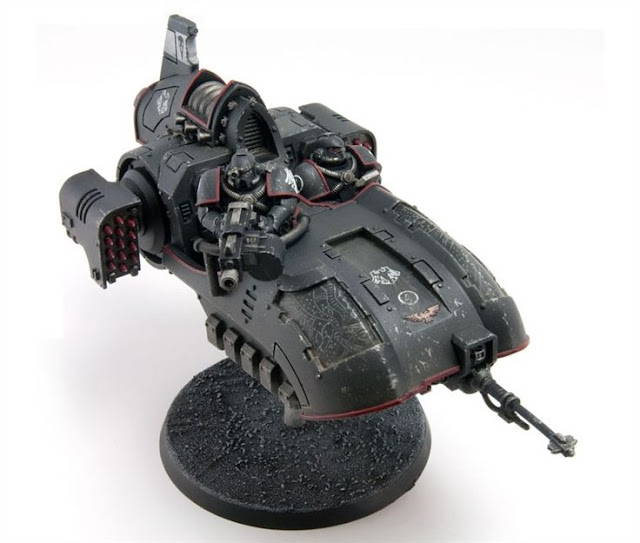 When compared to the standard Legion Speeder you are spending +25 points that get you two SIGNIFICANT upgrades. The first is outflank and the second is the cyclone missile launcher. Stock this gives you the option to outflank behind enemy armour with 2 x S8 missile shots on rear armour. Where this falls down is the AP3 which can't explode a tank unless its open topped.

I personally think that the single upgrade to a multi melta is the best way to go with this unit. You can then outflank or deepstrike behind enemy vehicles and pump 3 x S8 shots into them, with one of them having melta and AP1. Armoured ceramite is prevalent, but if you are on rear armour, odds are with you to pen a lot of vehicles and then a 5/6 on the dice will be a boom. The extra S8 AP3 shots can't blow it up but you always have the option of hull pointing it to death or stunning a tank to reduce its firepower, or even blow weapons off an immobilise it.

The heavy flamer has its merits however, though this is more if you are playing 40k armies or Solar Auxilia/Mechanicum.

Overview - Other than points limitations I can see no reason why you wouldn't take this over the standard legion speeder. Even without the multi-melta, the basic +25 points garners you that much more firepower and tactical flexibility that its just an easy choice.