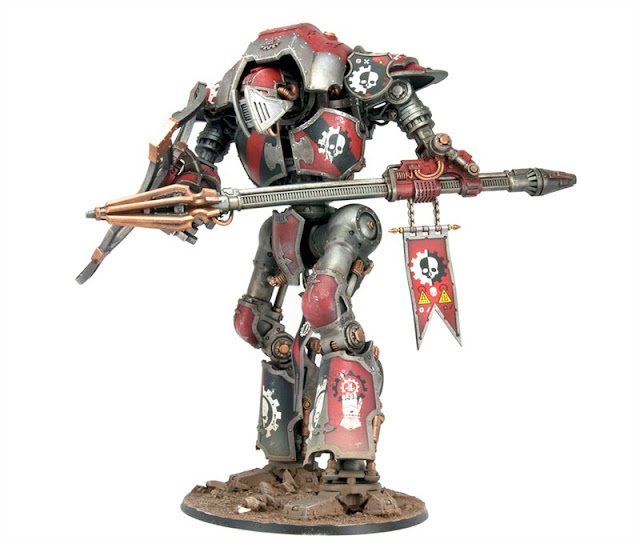 The penultimate review of the Cerastus frames, with just the Atrapos left to go. The Cerastus Knight Lancer has been around for some time now and it looks great still! I would say it is the most different of all the Cerastus frames and also argue that it is the hardest to use, but pays dividends if used well.

The Lancer comes with the basic Cerastus stats line of : 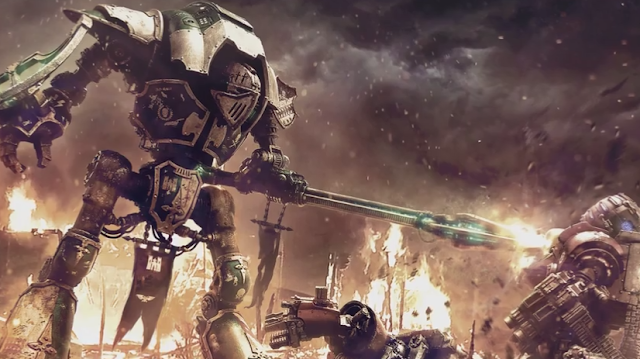 The Lancer has two very unique pieces of equipment:

The Swiftstrike special rule grants +1 initiative on the charge for the lancer. This weapon is obviously designed to be up close and personal ASAP. I5 D weapons in the charge with 5 attacks on the charge is enough to make anyone weep (joy or terror depends on viewpoint).

Six shots hitting on 3's that will wound and ignore armour for most models on a 2+ is pretty gnarly as well. The short range of this weapon does make it trickier to use and much like the Castigator its got a powerful ranged attack that is its ONLY ranged attack.

Ion Gauntlet Shield - The wrist mounted shield of the Lancer offers superior defensive capabilities in combat but restricts its location placement and as such you can NEVER place the shield at the rear of the knight where it is most vulnerable. 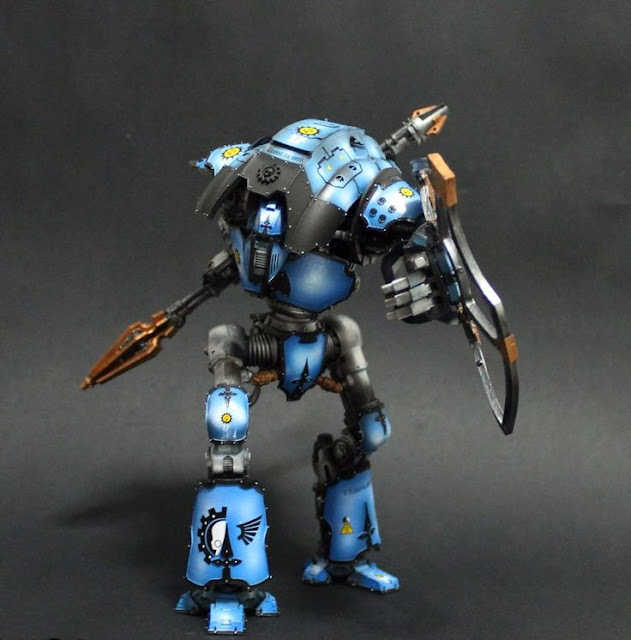 I love the aesthetic of this knight and it has really focused rules compared to other variants. It is absolutely designed to be a giant killer. If you were playing 40k then this is the kind of knight you would send after a Wraithknight with its I5 D weapon, 5++ in close combat and -ve modifier to hit for the wraithknight.

In 30k you are primarily going to be wanting to send this against other knights as it will receive those benefits against it. In the absence of an opposing Imperial Knight I would send the Lancer against high value deathstar like priority targets, but avoid being over confident, most primarch will be able to destroy a knight in 1 turn or 2 turns most of close combat, unless your rolling hot on those 5++ saves.

In many ways the lack of ability to raise your shield to the rear means you can't be blase with your placement as you might be with other knights. It is imperative that you consider your back facing and cover saves, with your back to LoS blocking terrain for a 4+/5+ cover save, or even back facing against the board as you make your way up to the enemy.

A first turn run for a potentially 30" move (23" average) is I fell almost a necessity to try and guarantee a second turn shoot and charge. Though this will obviously depend on your deployment style.

Overall I would say it is the joint "weakest" of the knights with the Castigator, though to call them weak is much the misnomer.