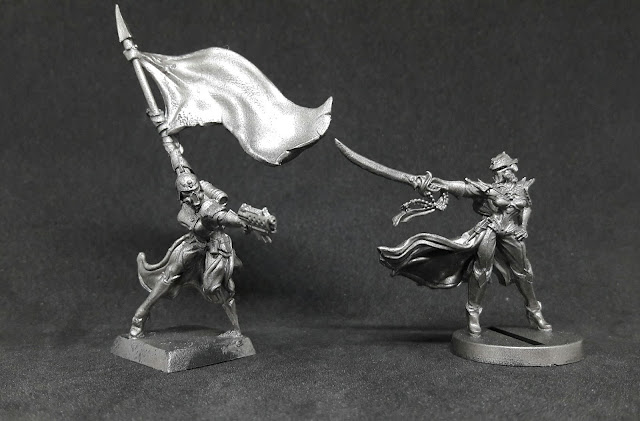 Whilst the fr8 train of warhammer 40k thunders on (did you see what I did there, did you!??) I've been whacking some more time into my Imperial militia using Raging heroes miniatures. As said before, I'm really trying to churn these out, which means that I have rather a lot to photograph with only a small light box. So I'm just going to give you odd tasters and then drop some big group pictures whenever I get a chance to take my gaming table out.

I have a cat now that likes to make its presence known, so this will not be as often as it was... I wonder what stats it will get in 8th edition...

Anyway, here we have the undercoated miniatures I'll be using for my force commander and the standard bearer of the command squad :) I've also got another painted up sniper showing off one of the other poses, but I've actually knocked out 15 of these gals all painted up now in the simple, blue/white/camo scheme. Progress! I have a second tank painted up as well. A third to go and about 40 miniatures in total, plus 6 laser arrays before I have to make some more purchases. 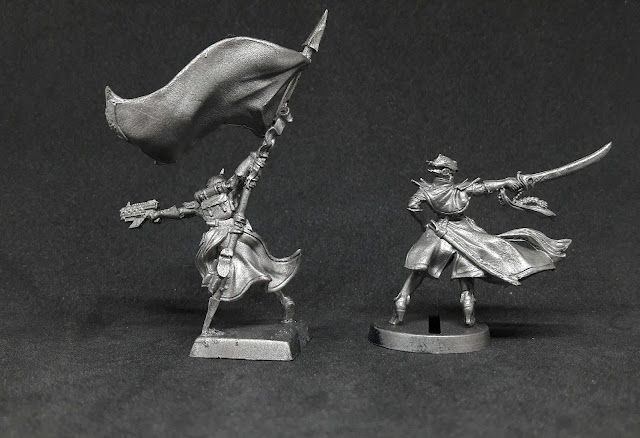 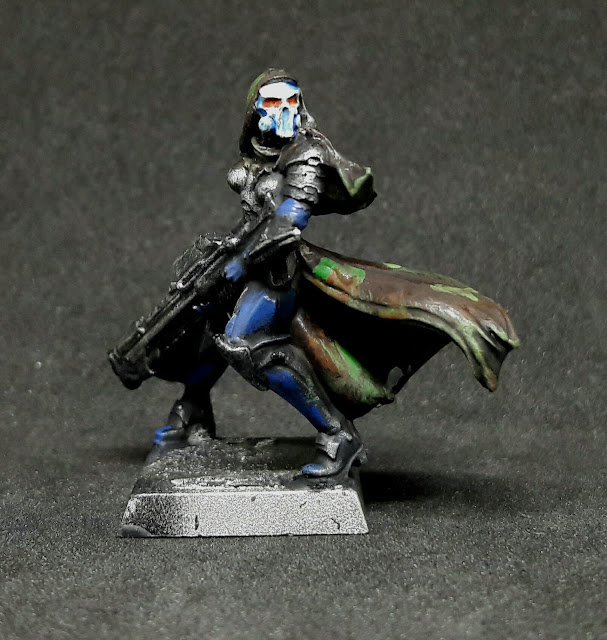 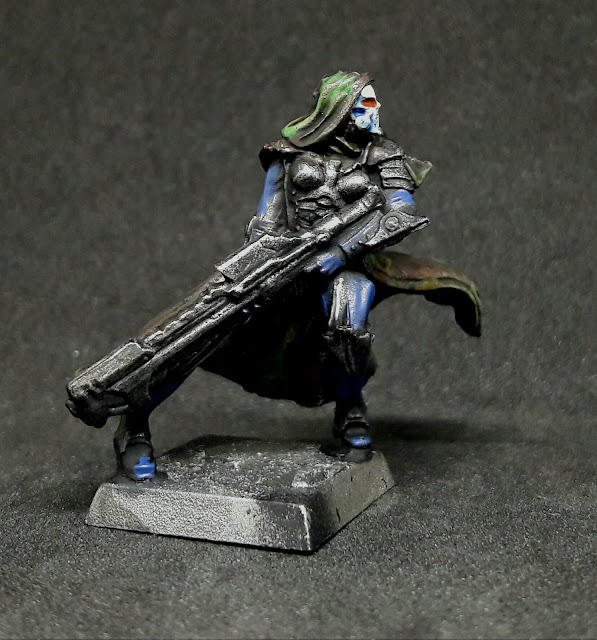 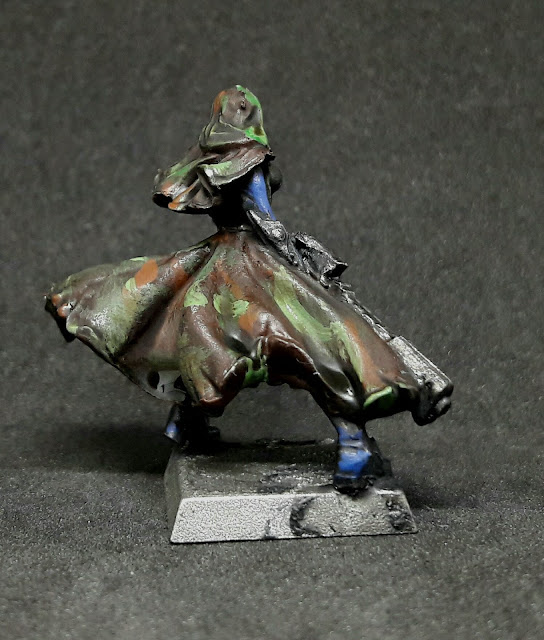 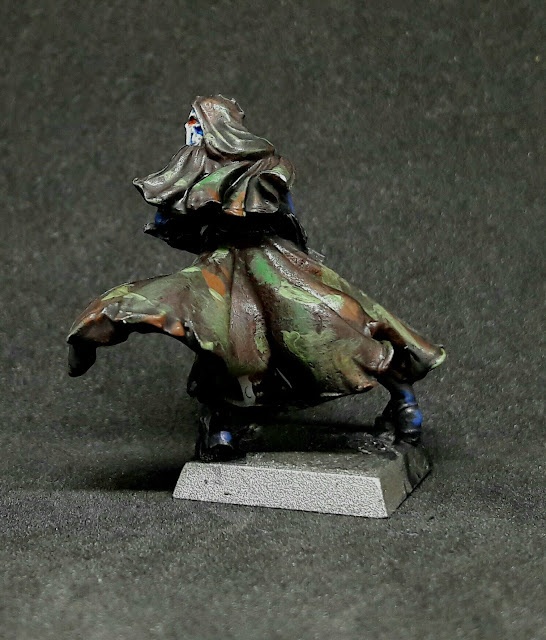 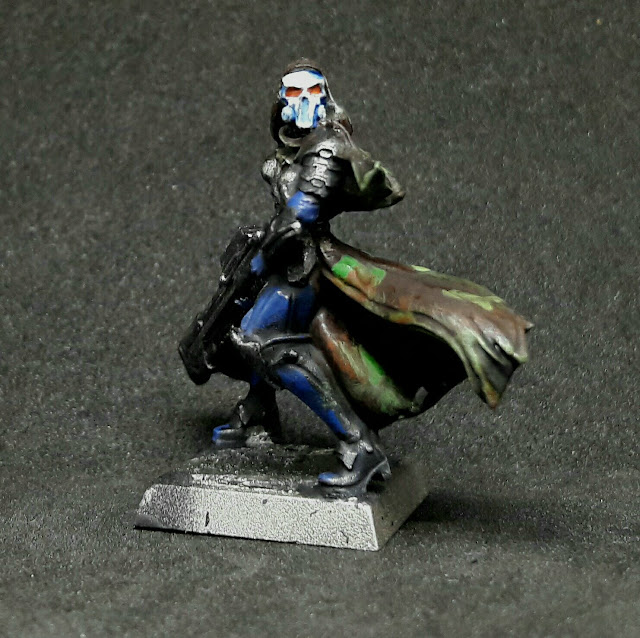