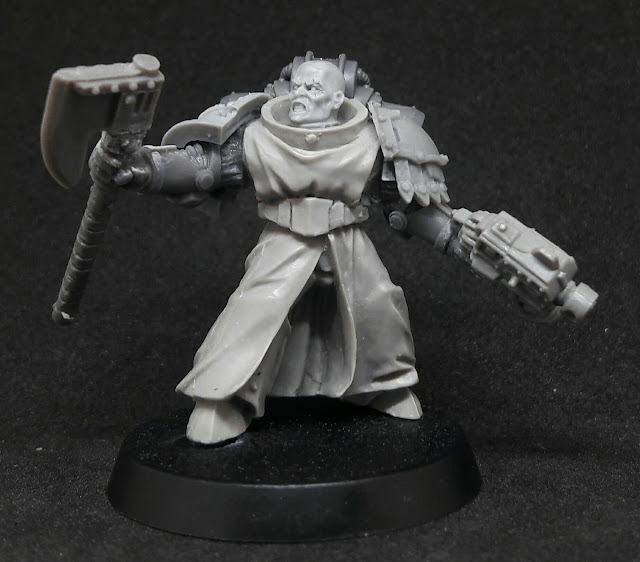 For my shattered legion force, I will have Garviel Loken fulfilling my HQ slot for the Sons of Horus. However, as I wanted this to be a very fluffy force, I decided to give Loken a command Squad so that I could use that opportunity to convert up a Tarik Torgaddon model that looks suitably impressive.

I think that for both the Sons of Horus and the World Eaters, I might expand my small sections into 1000 point armies or maybe 1500, so that I can field them in small scale games or Zone Mortalis games (See previous post today!). In these games I would probably field Tarik as a centurion to give him the appropriate buffs and statline. But here he is just a command squad member.

I had a little trouble deciding on his loadout, with a variety of weapons mentioned in multiple sources, some said that he occasionally favoured a long hafted axe, so I thought that would look coolest! 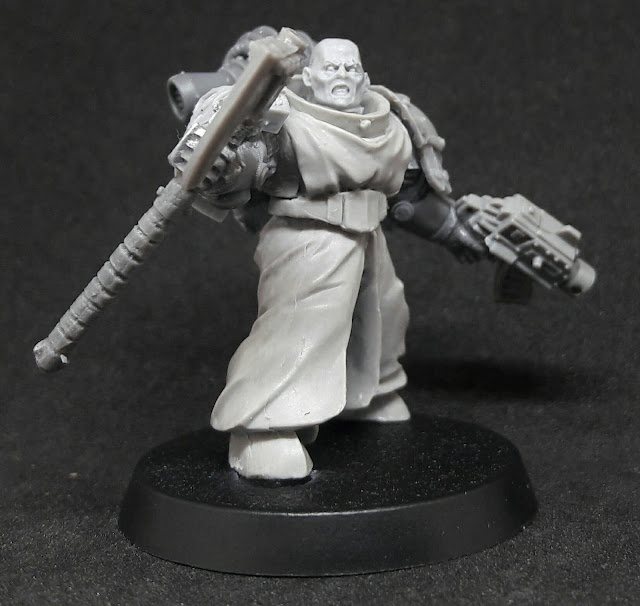 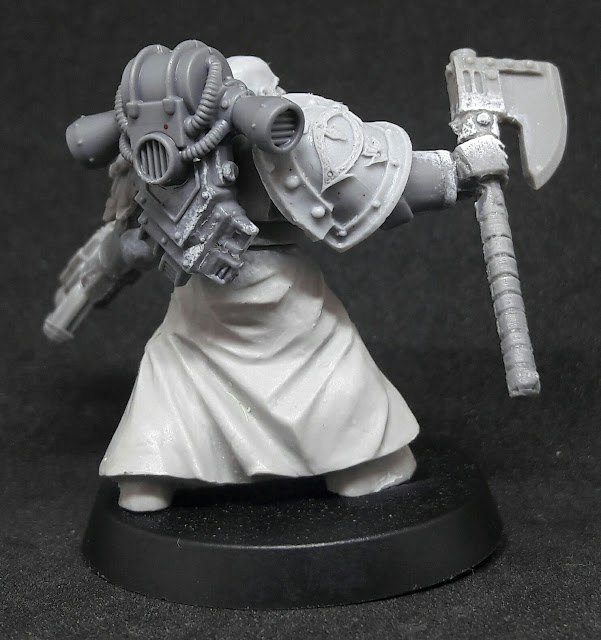 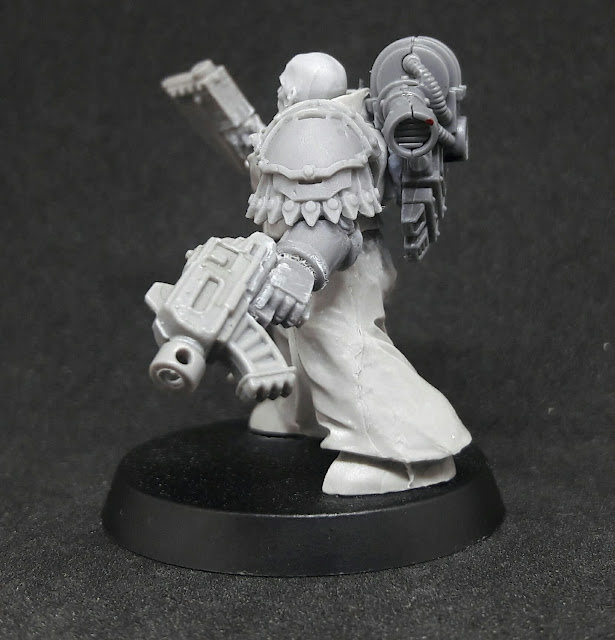 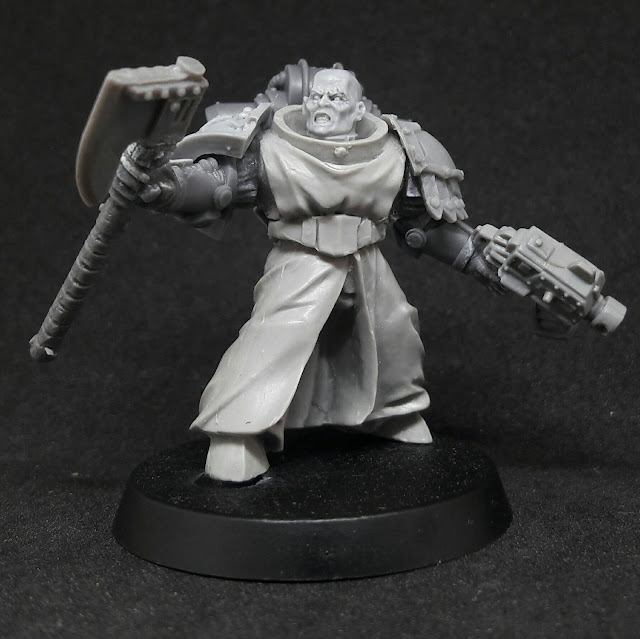 Not the greatest conversion, but I think he'll do :)