Like many other blogs that take part in Dave Weston's Hobby season I have decided to do a review of my targets one year ago and see where I am now! First lets have a look at my original list of goals:

3. Paint the remaining 20 neophytes for my Black Templars

4. Paint the 5 vanguard veterans for my Black Templars

5. Paint Grimaldus and his servitors

6. Pick a new army to start that has synergy with my Blood Angels (probably space marine)

8. Start converting mechanicum or Tau models out of all the bizarre models I have picked up with this in mind (includes evangelion figures and some warzone resurrection miniatures).

9. Attend 3 tournaments as opposed to the 2 I attend this year (would have been 3 if Fluffageddon had gone ahead!) 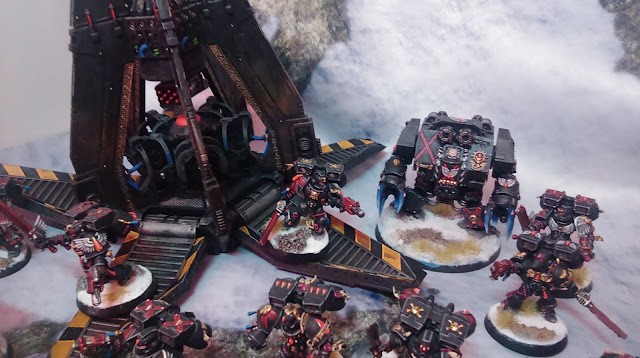 I actually did pretty well from this list!! We can discard 3-5 immediately mind you as I ended up selling the Black Templars fairly early on as I felt that the general quality of painting was quite far behind my painting as I moved forward.

1-2 though were nailed with my fully completed Death Company army competing at Hero For a Day but a week ago :)! 6-7 Was started and completed with my Dark Angels, though I have since sold them off as well! Though I made a decent chunk out of that army and was very happy with how it turned out looking, I'm just very bored of painting spehss mehreens!

8 didn't so much happen as I just bought a mechanicum army from forgeworld instead so that'll only get a half mark.... 9 I fully achieved though attending 3 tournaments and a charity event in Hero For a Day so I'm pretty damn pleased with that!!

After 6 months I revised these goals due the appearance and disappearance of armies in my collection (butterfly!) so I set some new goals at 6 months! 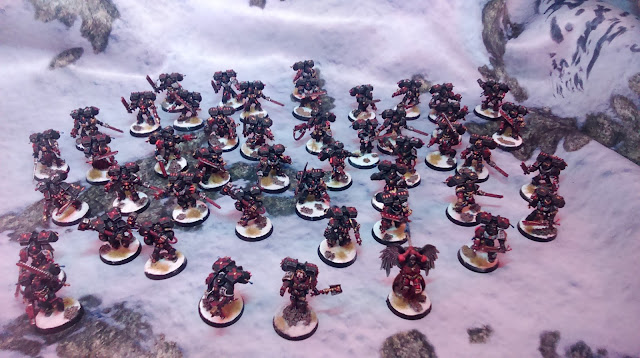 After a pretty stonking start to the year I tried to be ambitious with my future goals:

5. Build the entirety of the Alpha Legion = 20 Veterans, 1 Fire Raptor, Finish the Leviathan + Drop pod, and a converted Autilon Skorr

6. Build and Paint my 30k Mechanicum to a finished but not weathered standard = 4 Castellax, 9 Thallax, 2 converted Magos, 2 Thanatars

7. Attend Vanquish 2016, Hero for a Day, Double Trouble and Fluffageddon

8. Place in the top half of any tournament

9. Place in the top 3 of a painting competition 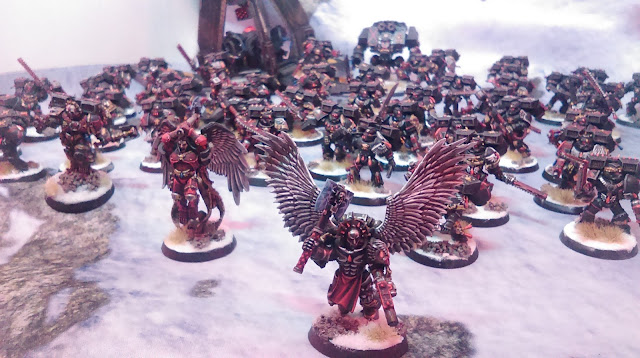 1 is folded into the original goals so I'll discount it for this tally and it'll be out of 8 not 9!

2 was a complete fail as I have sold a lot of my excess blood angels including my painted redwing. I still have the converted Sanguinary Guard mind you and they will be getting a death company treated colour scheme at some point!

5 was actually completed and painted apart from the flyers so that was good! But again sold off due to weak concentration and other distractions!

6 was smashed out of the park with a full 3000 points of mechanicum being built, converted and painted :)

7 did well with all but fluffageddon being attended and that was supplanted by an excellent Horus Heresy weekend event run my good mate Dan Evansv :)

Surprisingly for 8 I managed a decent top half finish at Vanquish despite failing to complete my final game due to illness, I also managed to come second in the painting competition and then win a category at Alex Brown's Double Trouble!

Of all my completed achievements it is placing well in painting competitions that gives me the greatest source of pride I must admit. My ego enjoyed it very much!! 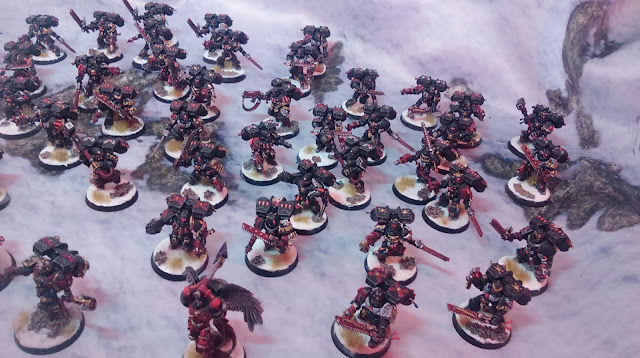 Overall and the Future

Overall I managed a pretty good 10.5/17 for the last 12 months of hobby effort! Though I think that number is deceptively high as I can't help but feel I erred on the side of keeping my goals low rather than trying to really push myself!

Well have no fear, as you have no doubt been aware if you have followed my blog at all recently I have my hands mightily full... With the Solar Auxilia, Imperial Militia, and Harlequins all becoming armies in need of building and painting! I also have commissions in hand to get painting on with! Plus side projects of single miniatures lying around to try and do.

So look out for a post next week detailing a pretty extensive list for the next year, no revising half way this time. In the Game of 40k you win or you die there is no middle ground ;)