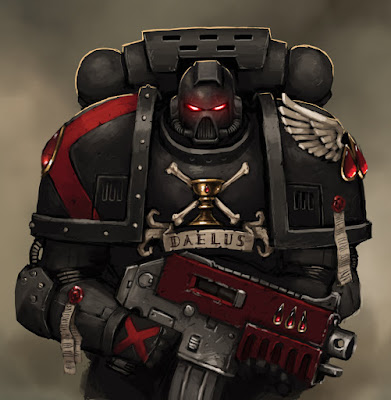 I'm currently in Bognor Regis to see Echo and the Bunny Men amongst other awesome bands, but have been working flat out to keep things going in my absence. So today is just an update to show you the latest finished 5 Death Company and progress on the next 10. I've begun putting bits together to build the final 10 as well, so this mammoth task feel like its end may be in sight, just over the horizon.

Updates will come as they come but I don't think I'm going to get enough done to take a proper full death company army to blog wars X. I've just not got enough time due to a holiday in the latter half of this month. I have plenty for an army though and will have the list I'll be taking up in due course. 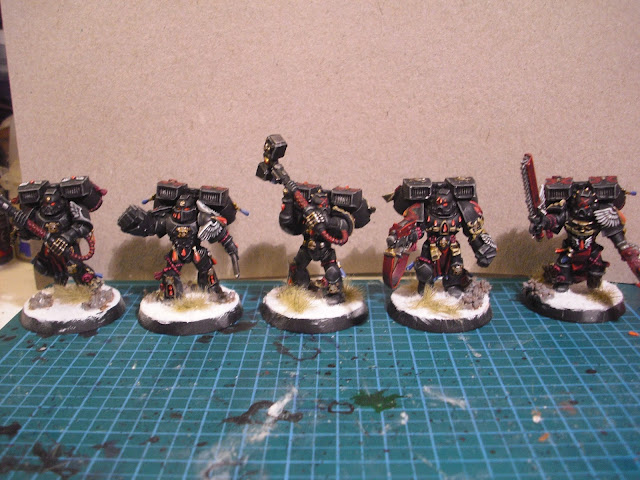 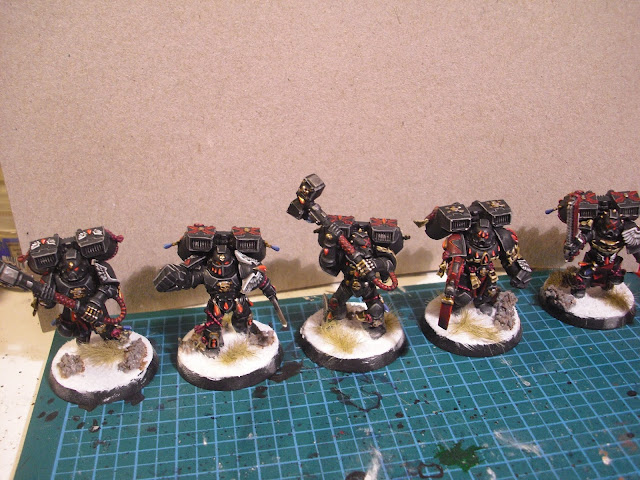 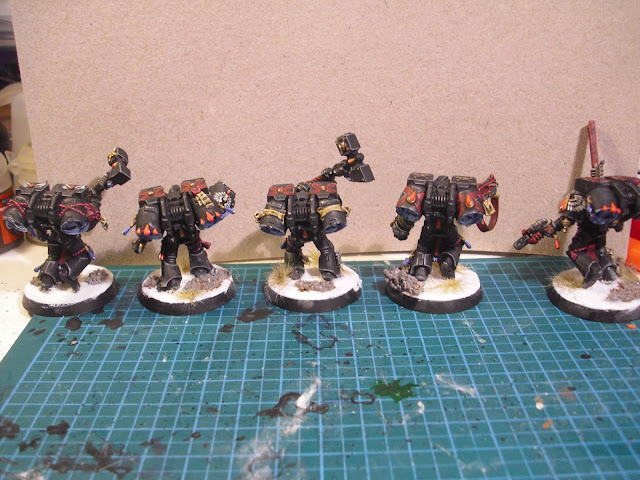 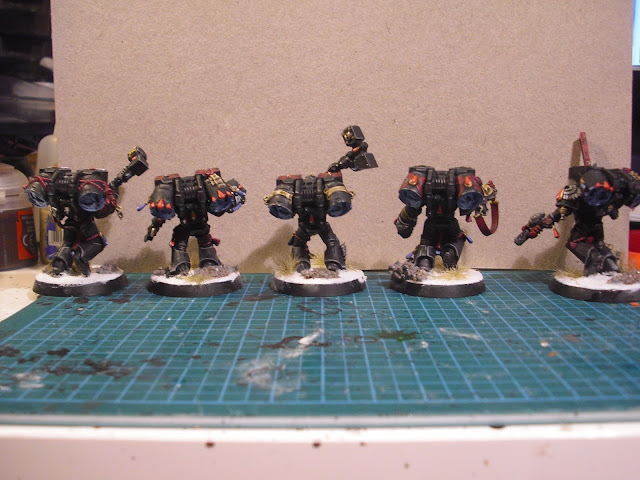 And with the flash to show off the jump packs glow. 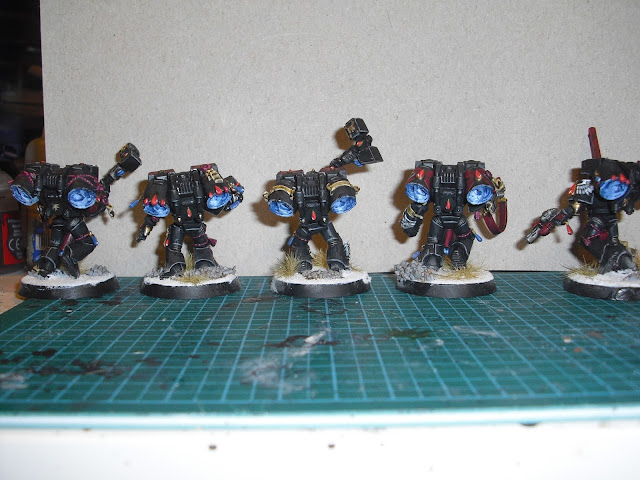