Have you ever seen fire in zero G?

So as I mentioned in previous posts I have been working on a counts as Spartan Assault Tank. The reason for converting my own are two fold. The first is cost, with the actual tank rocking at over £100 its pricey! The second is aesthetic, I really don't like the over sized and extremely vulnerable to damaging enemy fire tank tracks. They just look silly to me. I'm also not a fan of the slightly extended nose.

I can totally see that people would like this aesthetic, I don't think it is an inherently silly or ugly tank, but not my cuppa thank you very much. What is my cuppa is the grandiose baroque gothic look of 40k, I absolutely dig John Blanche and the fantastically religious overtones of a techno backward advanced civilisation, I dig it good. With that in mind, I sent £40 on ebay and in stores picking up all the necessary materials and also dug around my room for whatever I thought might be useful.

Below is the results so far... 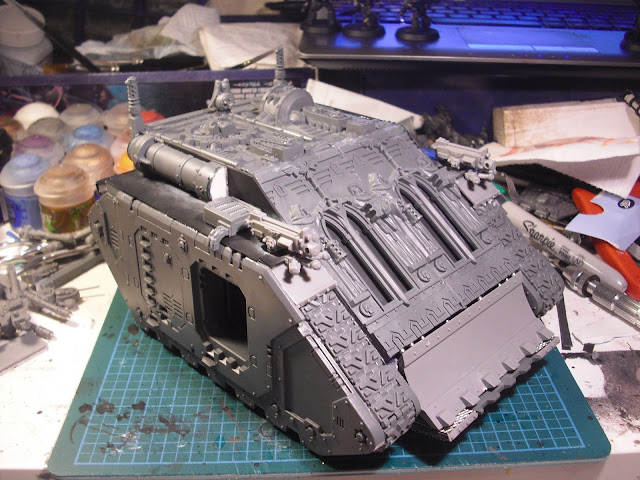 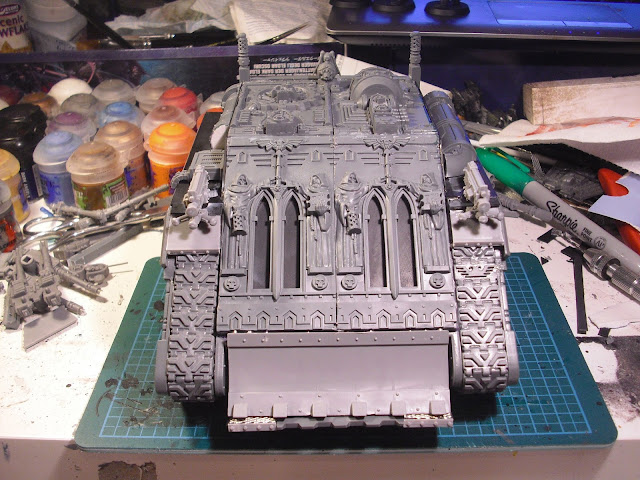 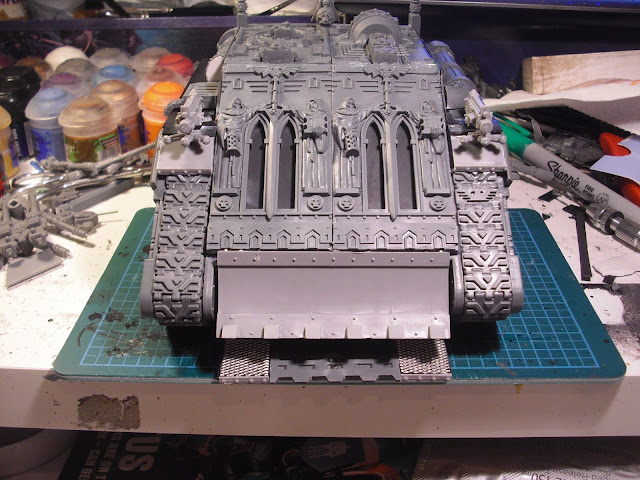 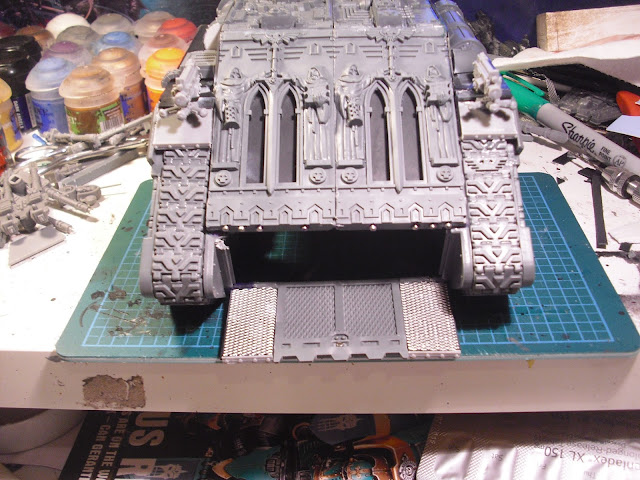 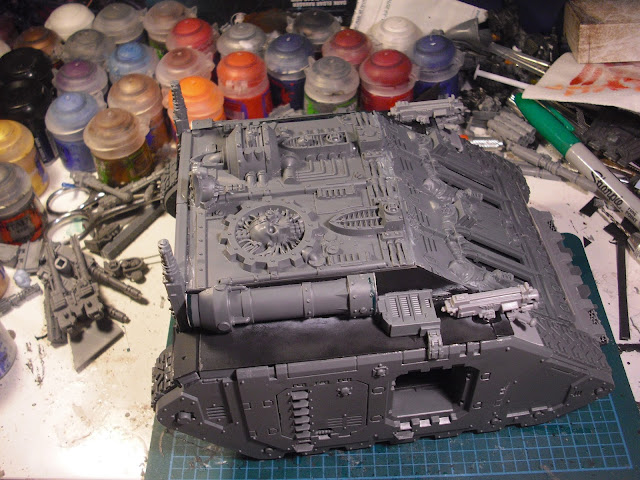 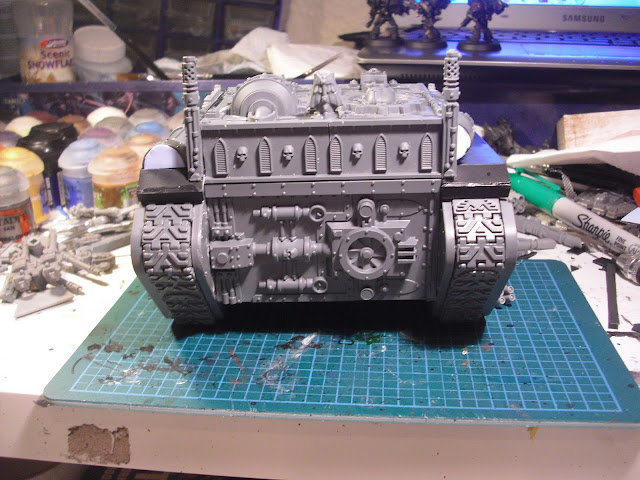 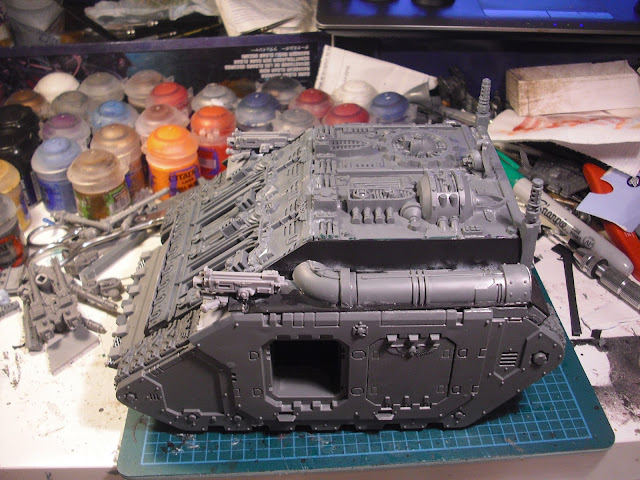 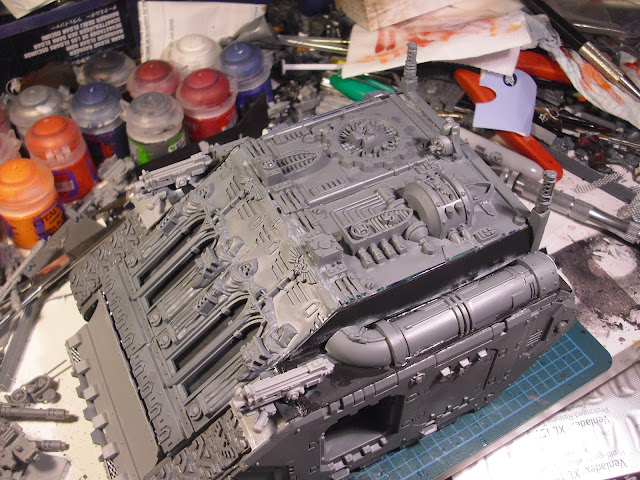 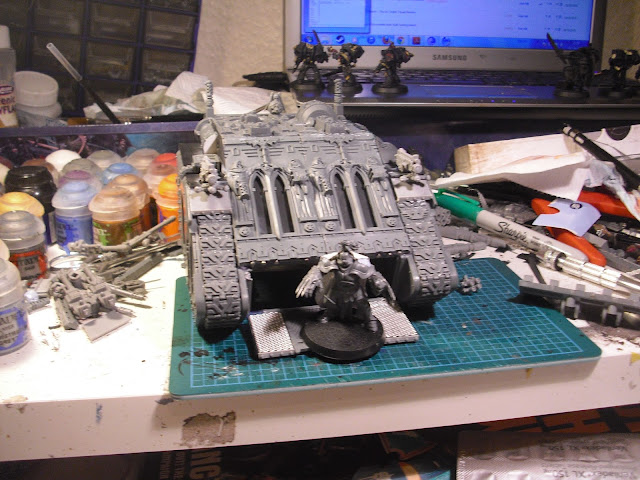 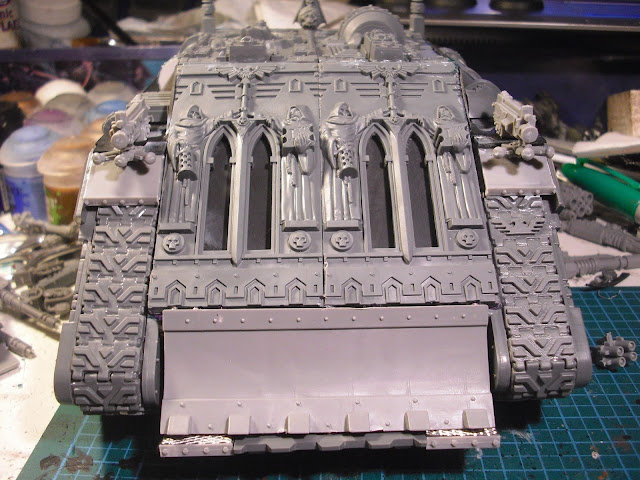 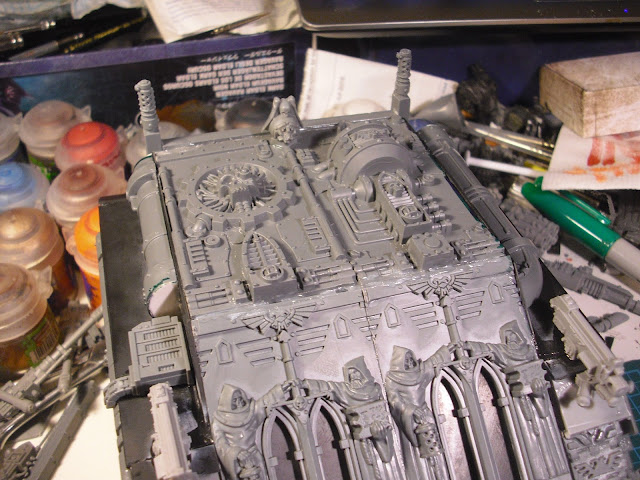 I still have soooooo much to do on this, but I couldn't resist sharing it. It doesn't even have an undercarriage yet! That is one of the next things to do as well as decide how to convert the weapons and mount them on the side. I have lots of greenstuff work to do to smooth out some of the transitions and generally tidy it up from being the mess it is at the moment.

But overall I am really pleased with how it has turned out. Almost considering building a second...

I would love to hear peoples thoughts on this, in particular if I rocked up with this and said I was playing it as a spartan would you be cool with that? I know it doesn't really look anything like one but I hope the rule of cool would win through :)