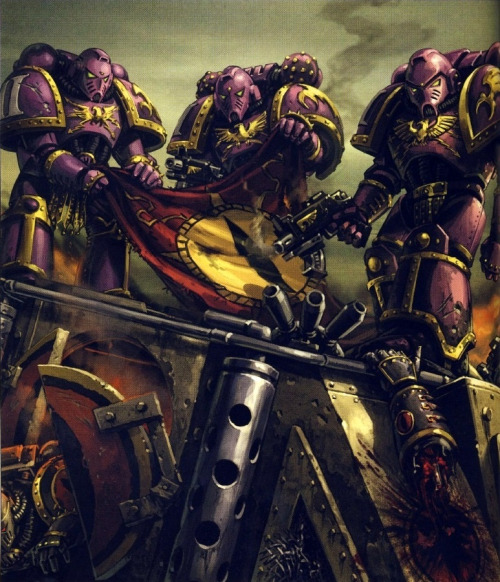 Following on from Captain Compensator yesterday, today I have my Emperor's Children Breacher squad. Aside from the shield and cut down MKIII power packs, these have been built entirely from Anvil Industry Exo-lord parts. I had to cut the power packs down to get a more flush fit due to the cloak, but I think they look perfectly fine especially given the none-standard look of the rest of the models! The shields are from the range produced by Laser Cut Candy as I have reviewed previously! 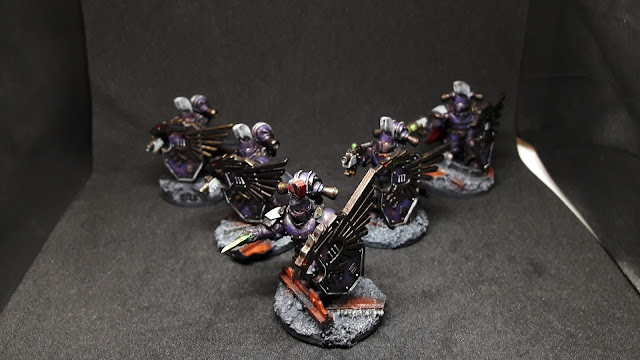 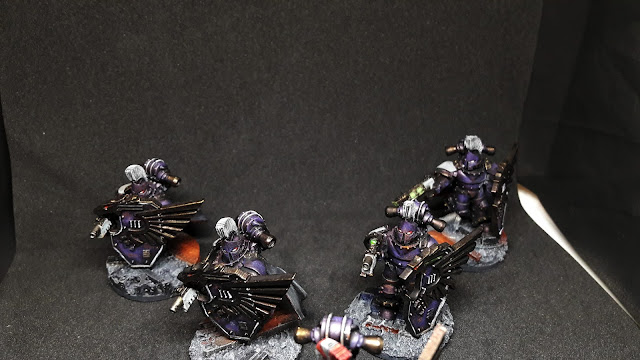 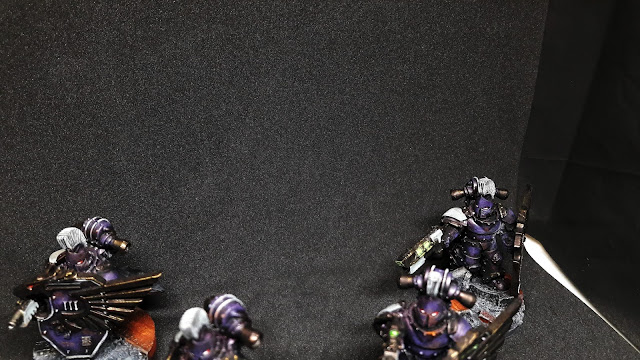 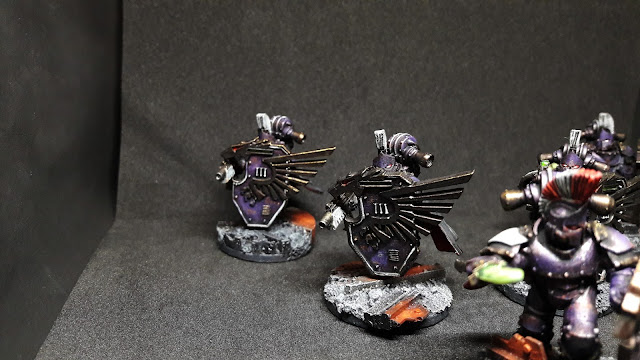 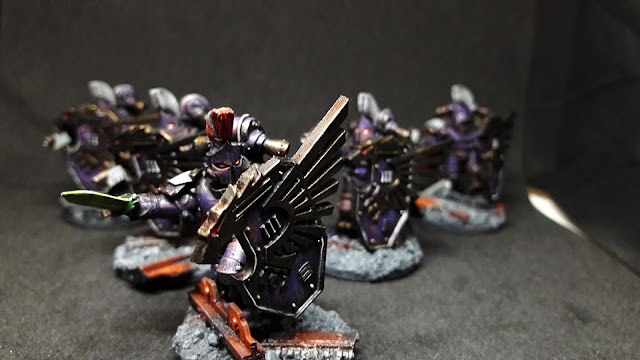 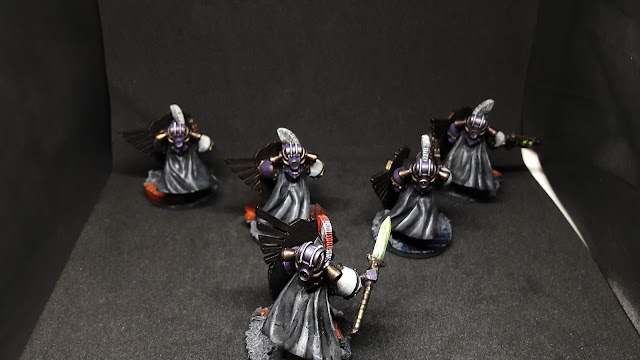 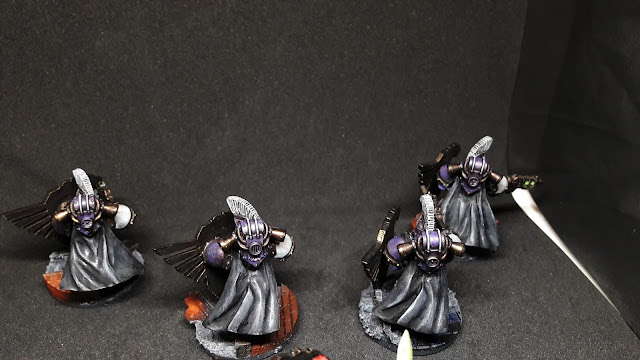 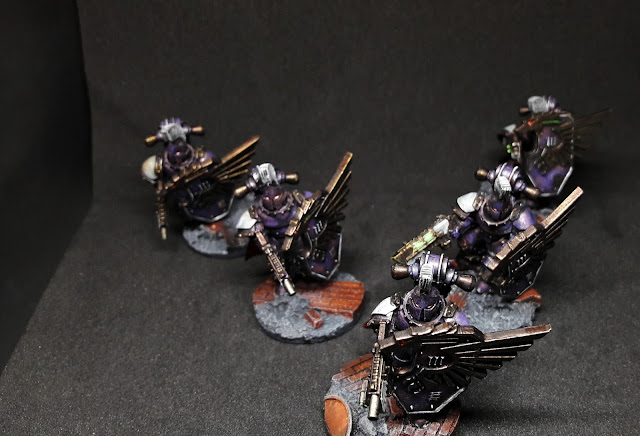 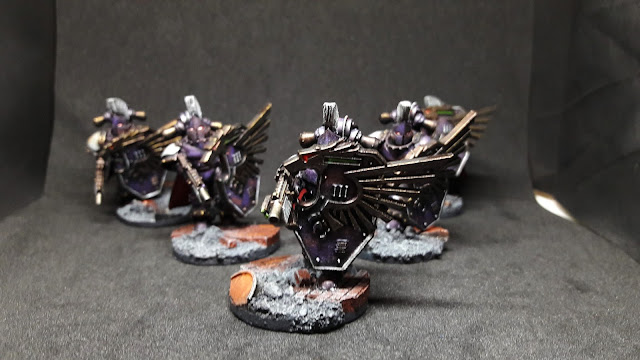 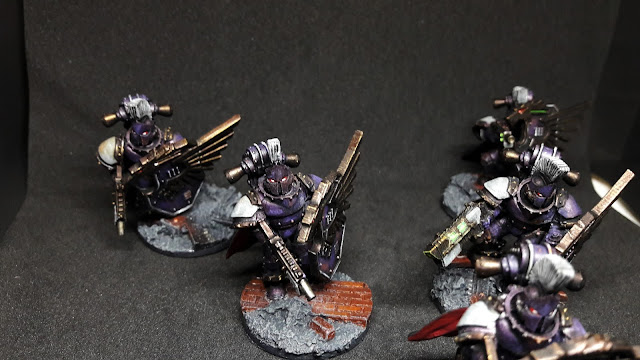 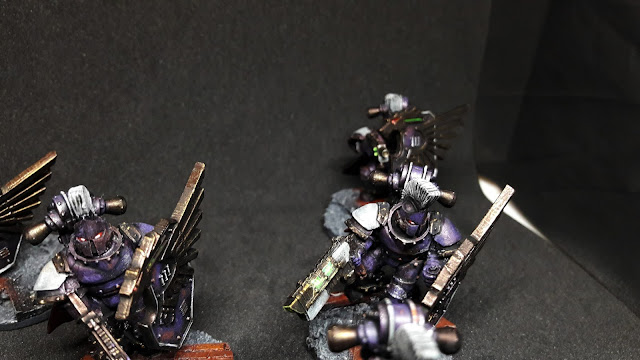 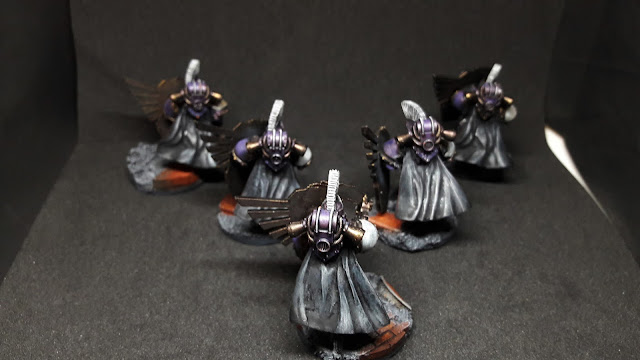 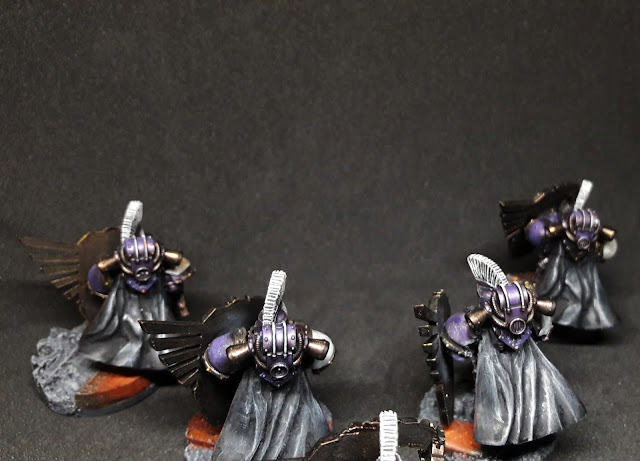 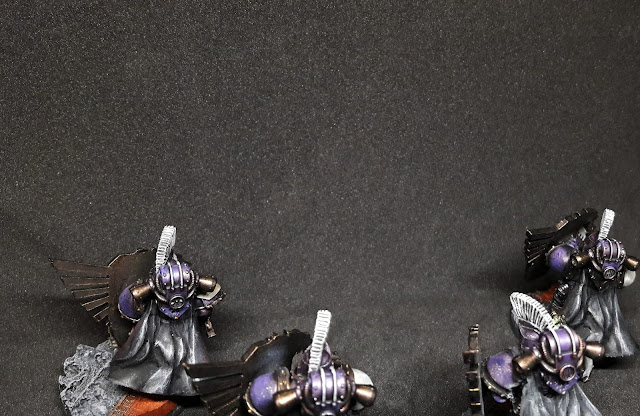 The Assault Squad have the final touches needing adding to their shields but other than that they are basically complete as well! Expect pictures of them and the Palatine blades coming soon. I also have my Saul Tarvitz conversion, but goodness I f***ked up his face, I may show you that as penance, but I'm trying to rectify it right now. This is why you should always keep your damn helmet on!

I'm also building some theory lists for my Dark Angels Commission so I'll be discussing those soon as well and hopefully give you some ideas for running a combine Deathwing and Ravenwing Strike Force army.