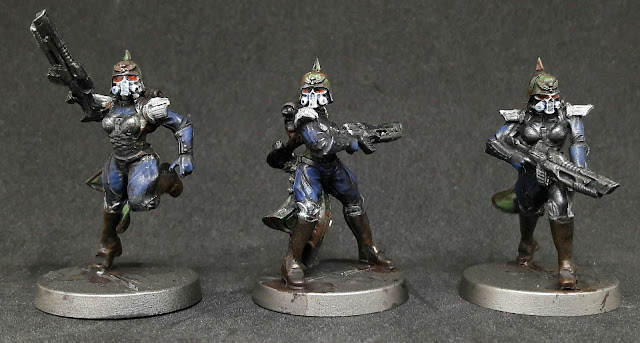 Today I have a little update on my Imperial Militia force. I'm trying to really crack on and get these finished ASAP. Partly because they have been lying around for aaaages and partly because I really like the overall theme and I just want to play with them!!

As I've said before I'm very much rush painting these gals but part of that is making them look rough and ready where possible! Helps hide all the glaring mess and short cuts I've been taking :P! I've now painted 15 sniper scouts, a 10 man squad, 2 vehicles and 3 squads of 2 laser rapier destroyer arrays. All of these are third party made or converted from third party miniatures, so you'll have to excuse license I've taken with size and design...

Here's just a quick look at three of the infantry, with the sergeant in the middle: 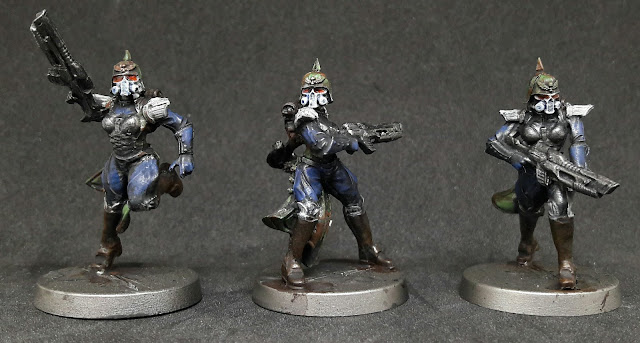 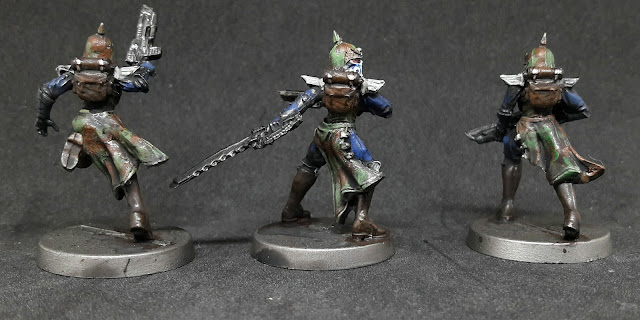 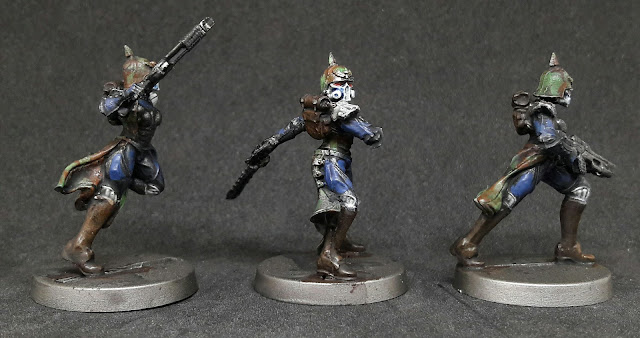 And here are three of the converted Laser Destroyer arrays: 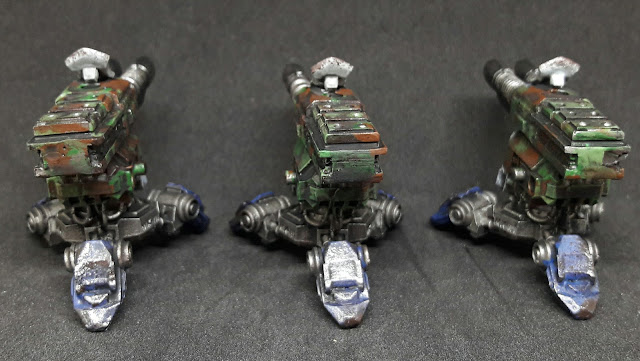 I still have a regular 10 man squad to paint, the Force commander and a 9 man command squad, plus 2 crew members for each Destroyer array - another 12. So that gives me 32 infantry to paint and 1 more walking tank to convert and paint.

That will be everything I own for this army painted... BUT I have recently received a back dated pay rise which will come through this month so I will be buying the rest of the force very soon! Which will involve 9 sentinels from an old plastic game (oooh mystery) aaaaand a giant walking tank to count as a Baneblade.... Oh yes.

Hopefully you are finding the variety in miniatures a little interesting if not the quality of the paint job!