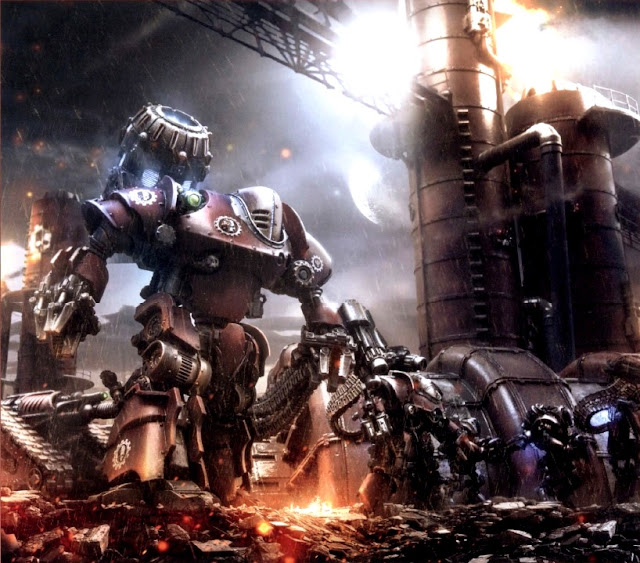 With packing and moving house in full swing I have had to stash the paints and bubble wrap all the many (many many many) projects and go into hobby stasis till sunday! Fortunately there is so much to write about that I have plenty of thoughts to splash at you. Additionally I may still pull the Thallax out for a quick look at adding OSL to their guns, I packed them and the paints separately in case I need my fix!

Today I am going to talk about a Mechanicum specific ability called Cybertheurgy. This acts very much like orders do for the Imperial Guard (Astra Militarum) and allow you to modify a Battle Automata for one game turn. To do this, any model with a cortex controller can forgo a shooting attack in the shooting phase and instead attempt a Cybertheurgy power. These do not need line of sight, but the Battle Automata does need to be in cortex controller range which is 12" as standard, or 24" if part of a Legio Cybernetica Cohort.

After picking a Battle Automata, you must then select a rite of Cybertheurgy to cast and then pass a leadership test, should the test be passed then the Battle Automata is augmented with that rite for the next game turn. However each rite, as you will see below, comes with leadership modifiers depending on the power of the rite. These range from 0 modifier for the easiest powers, to -2 for the hardest. The power are as follows below:

Modifier: 0 Excellent for making sure your monstrous creature hits first in combat. Coupled with the +1 initiative battle automata receive for being in a legio cybernetica cohort this can make Castellax I6!

Modifier: 0 Perfect for keeping your expensive beasts alive. This couples with Battlesmith which allows cortex controller equipped models to restore wounds on a 5+ (or a 3+ with a machinator array) adds a lot to already durable units.

Modifier: -1 somewhat limited if you are facing AP3/AP2 weapons that will strike before you as you may be cut down before getting to strike. I would generally go for the Rite of Celerity first over this.

Rite of Destruction: Model may fire twice with its shooting weapons in this shooting phase. But cannot fire next turn.

Modifier: -1 WOW! You can fire 2 large blast Hellex plasma mortars down in one turn. This can be devastating in terms of reducing return fire, and next turn you can just make sure you are ready in position. Used well, this is brutal.

Modifier: -2 Sort of like a cybertheurgy Psychic Shriek, pretty cool, but you probably won't face battle automata all that often really!

Modifier: -3 A hefty modifier and rightly so. If your thanatar is lock with terminators and is on 1 wound. This is the way to go, it will ignore their armour save, double them out, and leave them relying entirely on their invulnerable. Can be an excellent goodbye fuck-you. 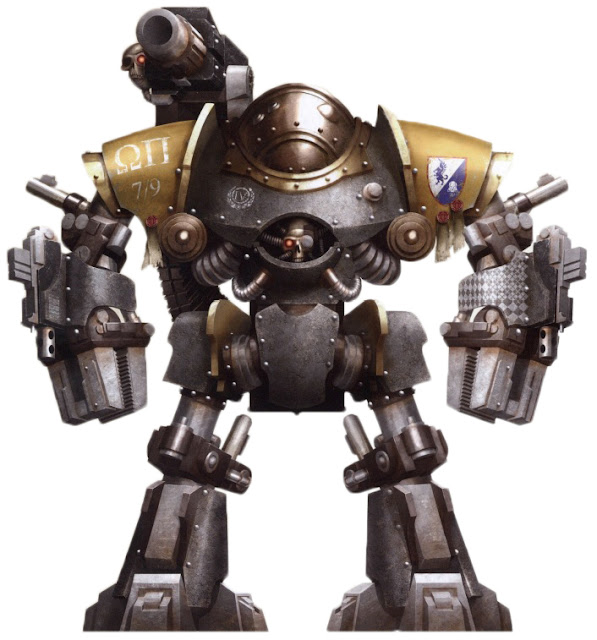 In the event of rolling a double 6 on the leadership test, then you have to roll on the mishap table!

1-3 Signal Corruption: The model may only fire snap shots and fight at WS1 until the next turn.

4-5 Corrosive Paradox: The model suffers 1 wound with no saves of any kind allowed. In the case of casting Rite of Dread Castigation, the caster suffers this wound compared to the Automata normally.

6 Malefica: The Automata breaks free and now attacks whatever is closest (with shooting and charging) including your own units. Both players can now target the automata and it counts as destroyed for VP purposes. Malefica is always applied if a mishap occurs when casting Rite of Immolation.

One of the Mechanicum specific relics of the 31st Millennium is called the: Cortica Primus. This is a cortex controller that lets you cast cybertheurgy on the ENTIRE unit! However... if a mishap is rolled on a 12 then the D6 roll on the mishap table is modified by +1 for each additional automata over the first. So this is extremely powerful, allowing you too double fire multiple weapons in a deadly barrage, but on a squad of 3, you have a 50:50 chance of getting malefica with only results of 1-3 avoiding it! So perhaps best used sparingly!

So there have it! Cybertheurgy is a very important aspect of any army which makes significant use of Battle Automata and can really make or break you in different games. I hope this has helped with understanding or tactics :)