I'm afraid its going to be a starter of Thallax, followed by Thallax with a side order of Thallax for this week, though if you're lucky you will be getting a desert of Castellax with a coulis of Death Company towards the end. Plus there will be a sprinkle of the Ordo Reductor getting reviewed as well.

Last post you saw these chaps in this state of undress: 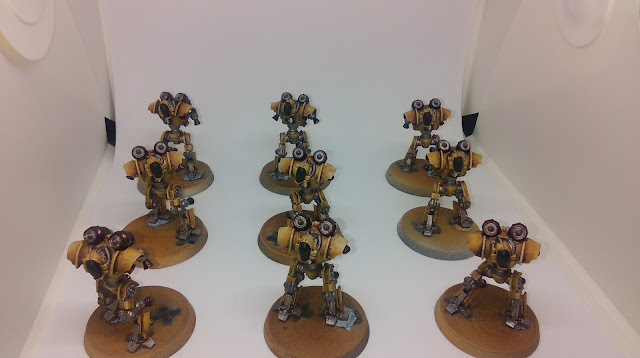 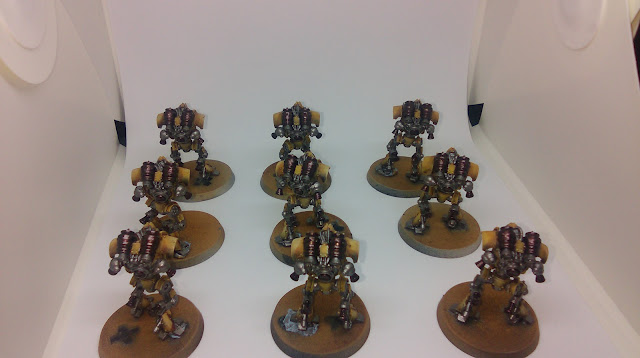 And since then, all the metals have been washed and highlighted as well as the black visor being covered in blood for the blood god. I'm not terribly good at using that as a blood effect but it gives a lovely creepy finish to these visors. To my mind it is almost membrane like and help enforce the idea that there is living squishy tissue inside of these metallic bodies. I've begun adding a very slight touch of verdigris to the bronzed/copper metallics which you might be able to pick up on the front left Thallax in the back shot, but I will be keeping it very low key.

I've also undercoated the arms, guns and cables though the white can did die on me in a big fat wet fart of splatter annoyingly. But as a lot of the arms/guns will be painted metallic that shouldn't be an issue. 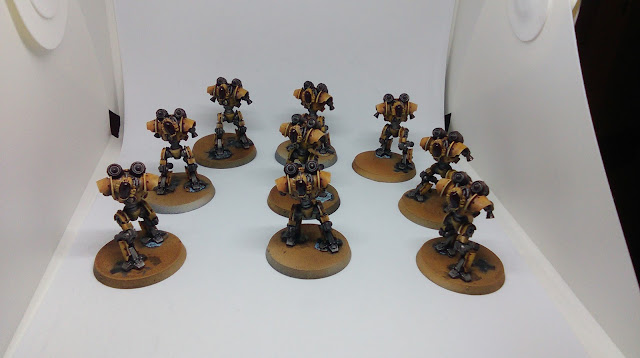 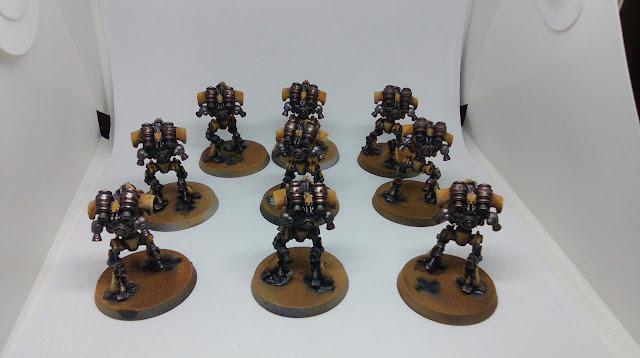 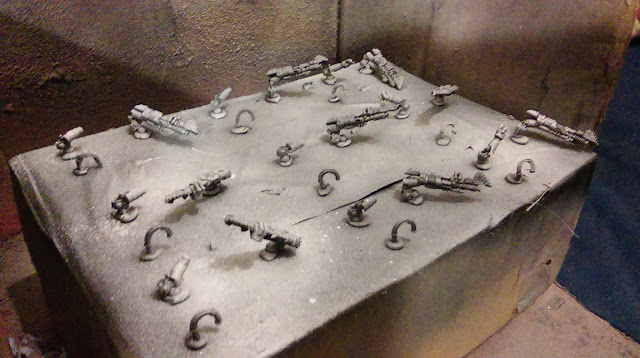 So tonight I should begin work on the arms and I think I will also begin to build the bases! Though I need to pick up a new can of black undercoat for that and my money is tight right now, mostly because I keep buying things.... Also, depending on the post man we may be seeing a new addition to the battle Automata family this week...