Hi Heresy Lovers (the Inquisition is watching you) 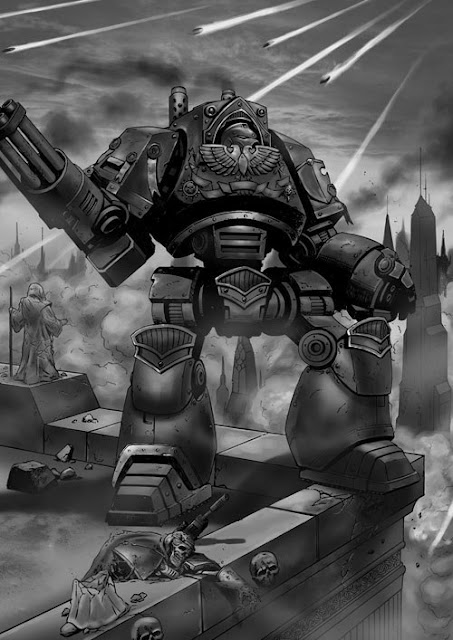 Today I continue looking at Unique aspects of the Emperor's Children legion. Quick note before that, that my last review of units and wargear is a little out of date as the EC have some rules updated recently. I have very kindly been given the correct details from Argel Tal himself ;) and will have that post updated by the end of the week at latest if you bear with me.

So today we look at a loyalist Emperor's Children Astartes - Rylanor. Interred into a mighty Contemptor sarcophagus, Rylanor remained loyal on Isstvan III and was thus marked for death. He can only be taken in a loyalist army if you are playing post Isstvan.

Rylanor has a tasty statline as follows:

Holy cow thats a good weapon skill! He will be hitting on 3's most often with his dreadnought close combat weapon, though sadly only 3 attacks on the charge. But on the charge he will be Initiative 5 due to the EC special rules (wait for updates for that to be findable in old posts).

Additionally he is equipped with a kheres assault cannon which will hit on 2's making it perfect for rinsing bigger blobs as well as concentrating fire on more elite units. In terms of other equipment he also comes with a smoke launcher and a searchlight. 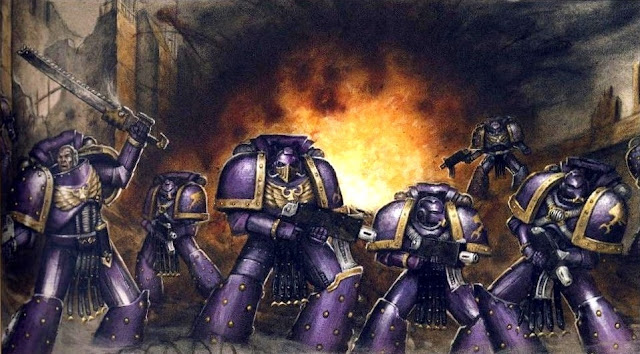 However its Rylanor's Special Rules where he shines really. He comes stock with the Venerable special rule, allowing you to force re-rolls on the damage table, he also has Fleet AND Crusader so he is a very nippy bastard who can make those long charges more reliably. I would hazard a guess you would want him against tanks rather than infantry as his low attacks will make him prone to tarpitting. He has the standard Atomantic Shielding which gives a 5++ versus shooting attacks and a 6++ in combat. And then he has Mantle of Glory.

Mantle of Glory represents the icon of heroism and loyalty that Rylanor was on Isstvan III, a servant to the Emperor as a true child of his kin. Any friendly EC astartes within 24" can re-roll failed Morale tests AND gain +1 to their combat resolution score. That is a BIG bubble for combat resolution in an army geared towards combat.

Overview - I really like Rylanor, his rules are fluffy and fun and he can provide a massive boost to a CC army like the Emperor's Children most certainly are. However, he is not optimally loaded for shooting or combat and he can still explode. These wouldn't be major issues, but his cost is just over 250 points... A competitive choice he is not I think, but definitely a fun and fluffy choice regardless with some very nice rules to boot.