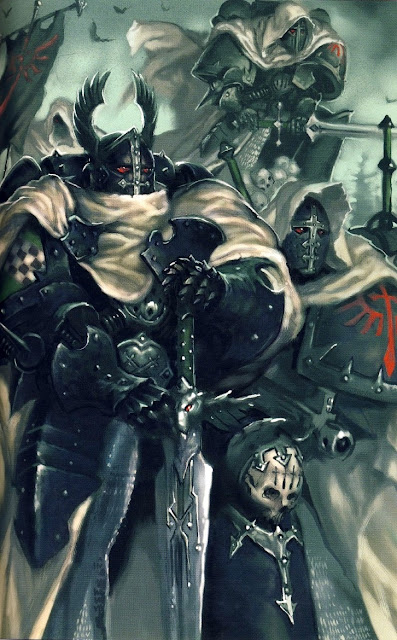 I'm taking a little break (i.e. this weekend) from painting after I hit a bit of burn out on the Death Company, and I still have 25 of them to build and paint in various amounts! So this weekend will be all about building new things, and therefore my room has been very blue today due to my ineptitude with super glue and converting in general, and as such expletives have very much filled the room as I scream at inanimate objects.

Below is a squad of Dark Angel Veterans equipped with Storm Shield and Power axe, I know its no competitive but it looks cool! And because I'm aware of that, I magnetised the arms! My first sort of squad sized level of magnetising hence the swearing. These guys can then double has a Command Squad when I have the arms all built for them. Plus ROBOTIC ARMS!

The little bits of fluted dowel will be painted as broken columns on a dark grit floor that will have green vegetation applied to it as the Greenwing section of the army creep through the rotted remains of a bio-dome on a Hive world that is beginning to fall to a chaos cult.

They still need some Angel specific pauldrons on the left arm, which I am awaiting from Wayland games, I've gone for some cool Scibor miniature ones that are very angel of death likey. 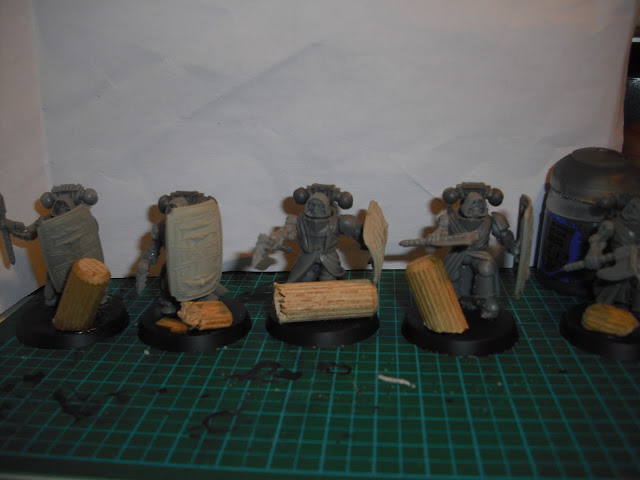 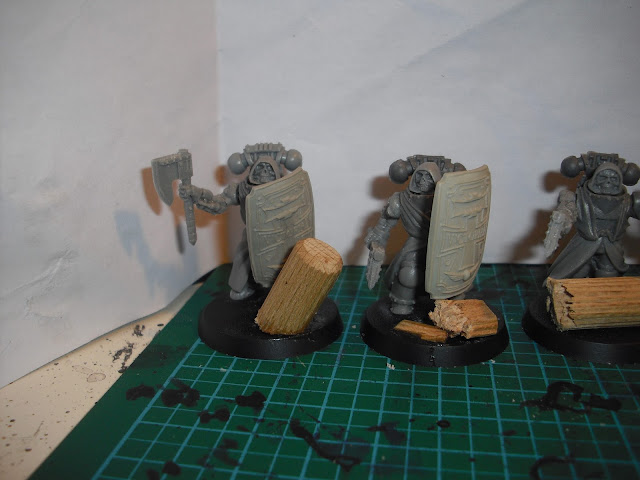 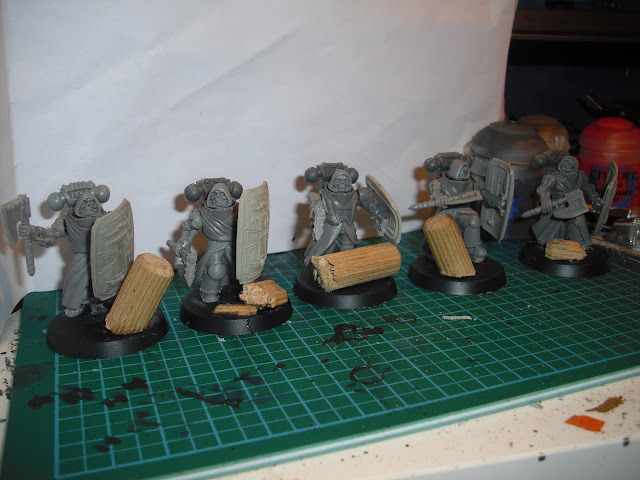 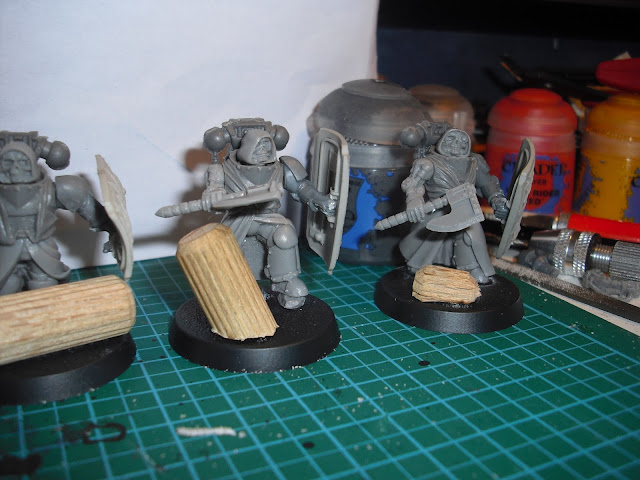 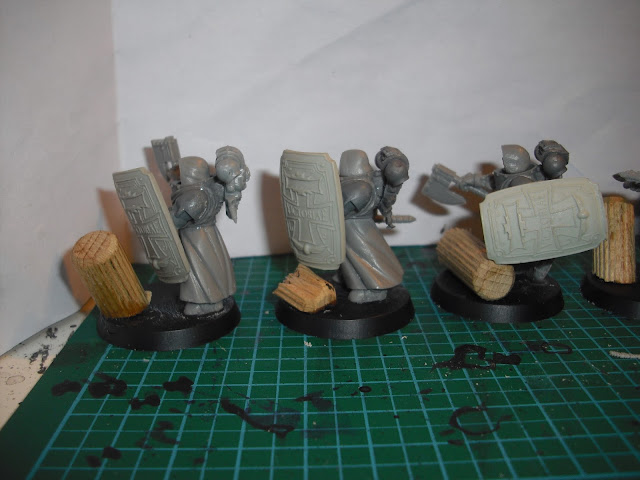 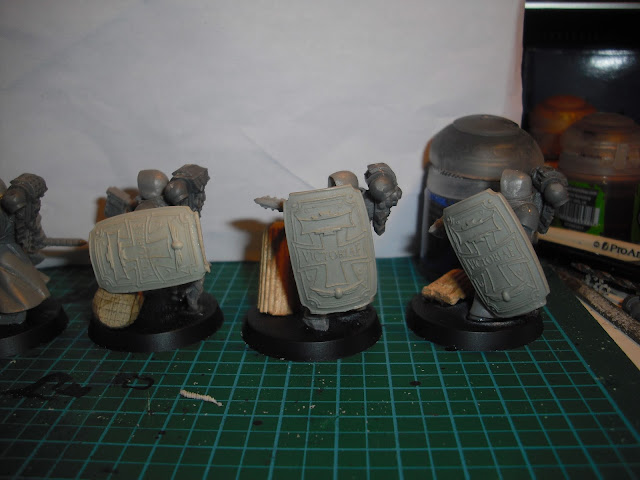 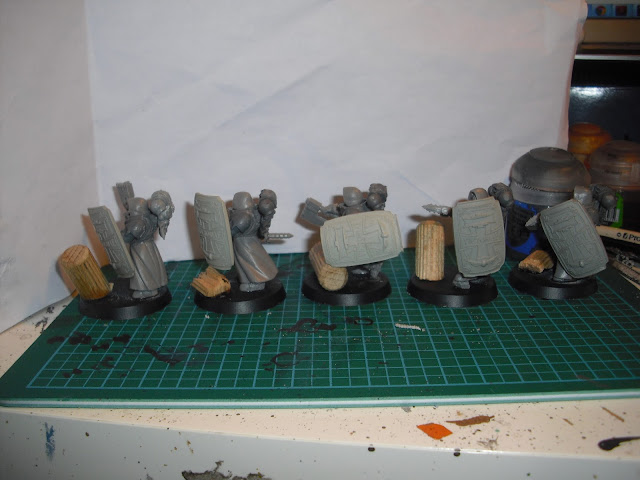 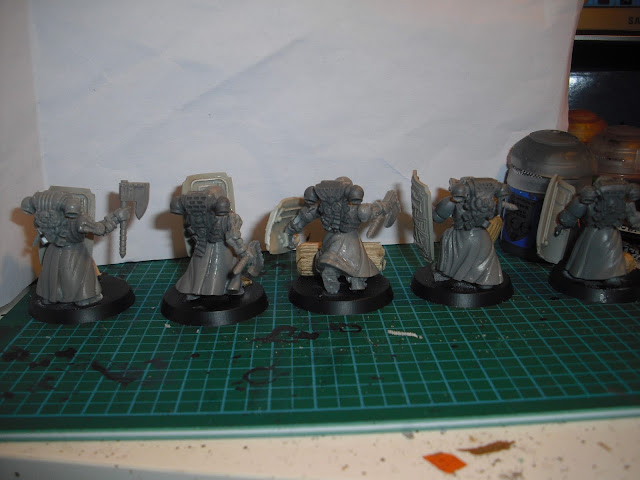 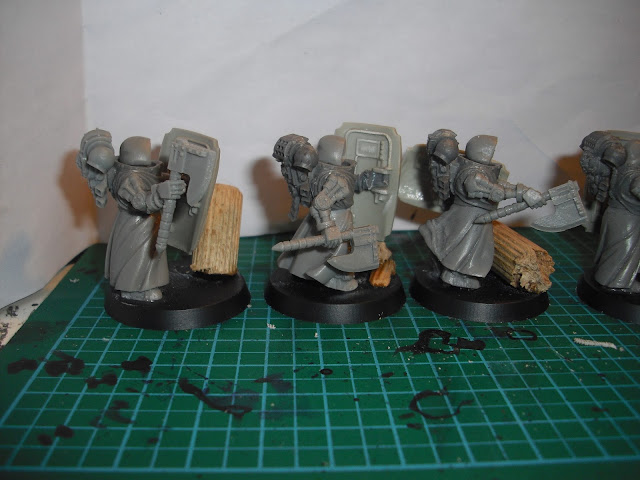 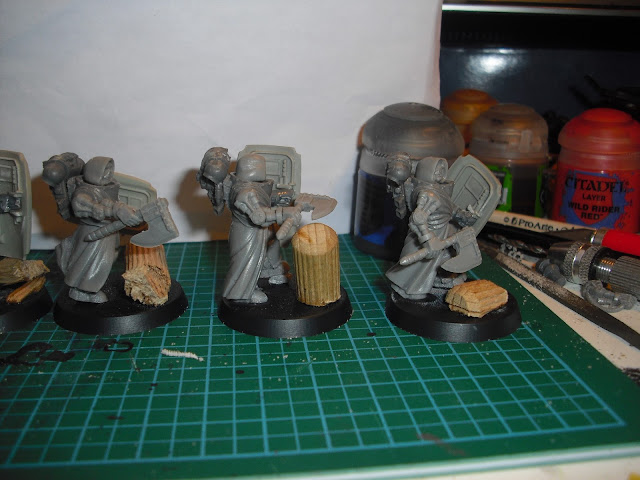 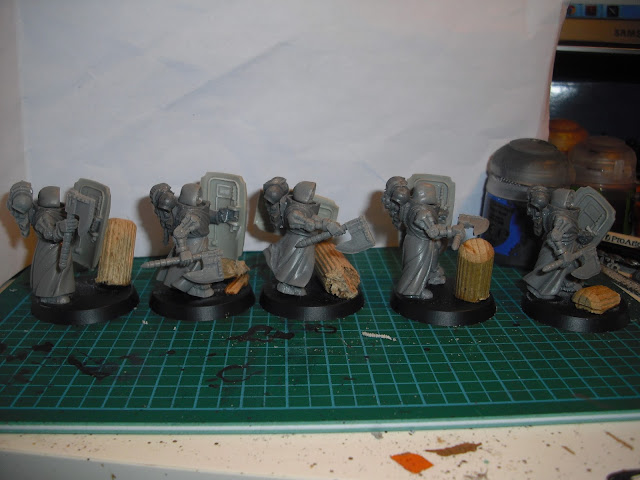 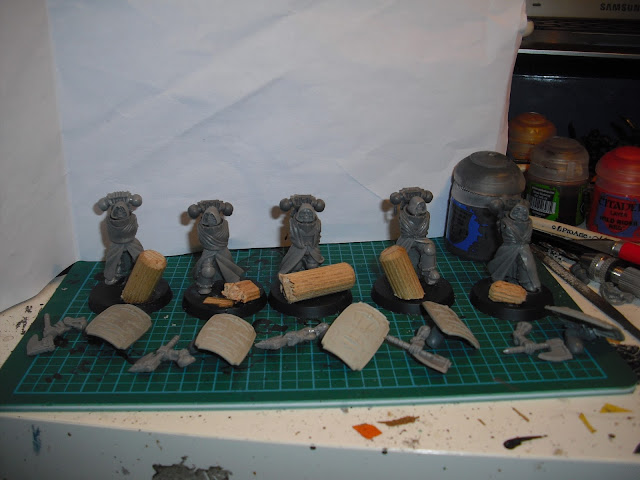