Knights of Old Caliban - 30k conversion from Age of Sigmar

So I was chatting on one of the 40k communities on google+ the other day and the subject of my 30k aspirations came up. I had considered Dark Angels as a possibility (along with virtually every other playable faction as they are all brutally fantastic) but because of the lack of legion specific rules this time I had put them to one side.

However my recent foray into 40k as truly stoked by inner unforgiven and one night, whilst unable to sleep, I was poking around with my spare bits and the stormcast sprues I had picked up dirt cheap from the Age of Sigmar release set. The following is the result of a bit of kit-bashing and converting - pretty intense converting by my standards but nothing too big really. 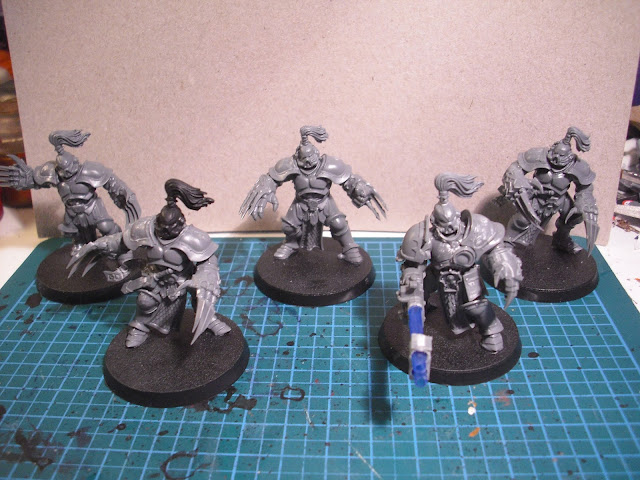 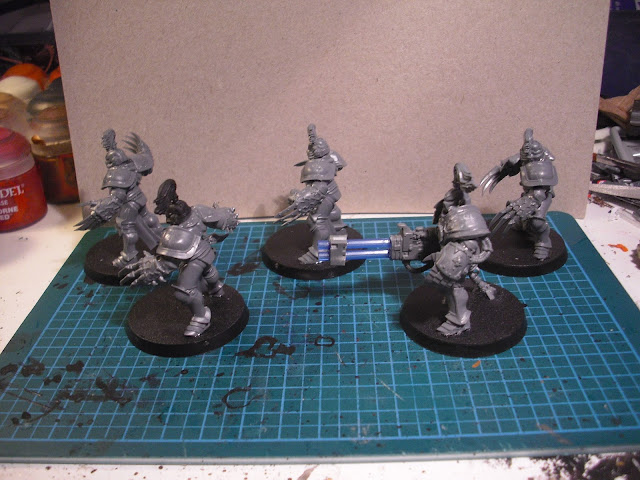 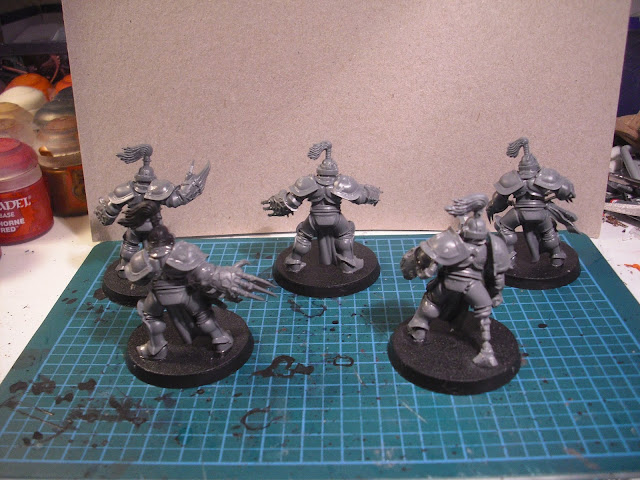 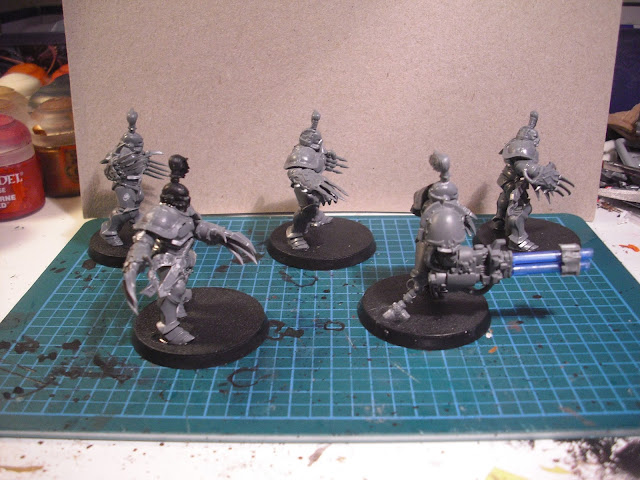 The reaper autocannon conversion with a wee bionic leg... 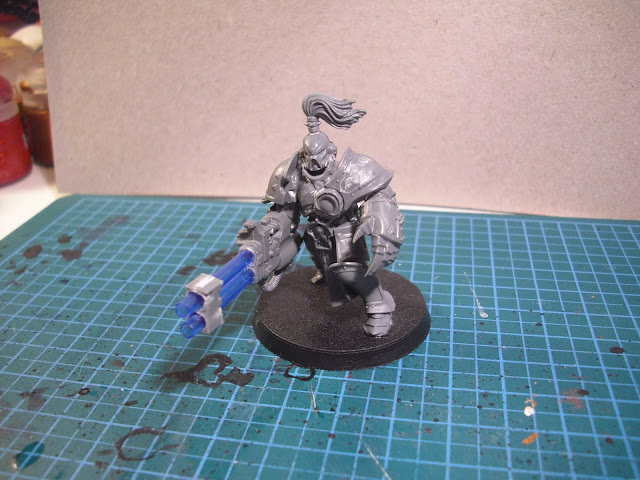 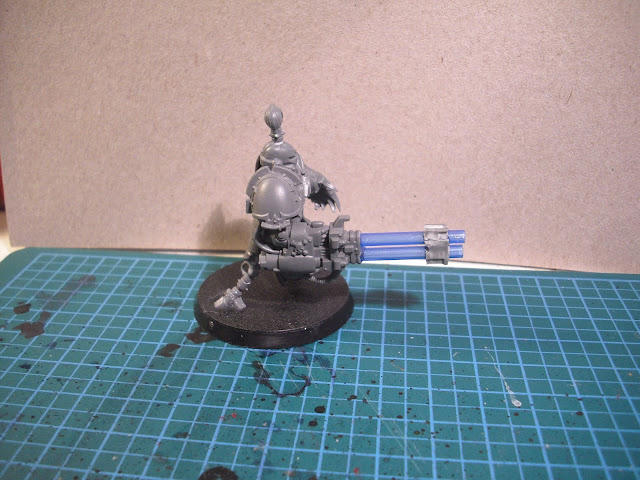 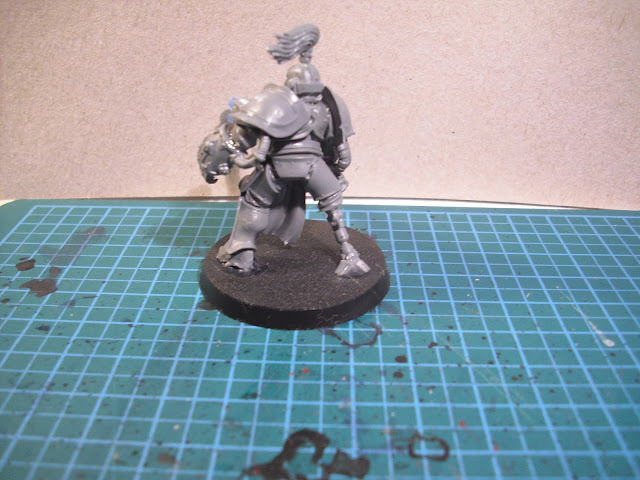 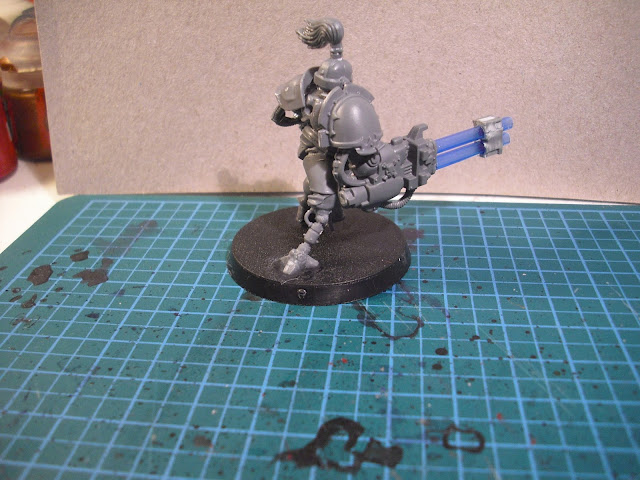 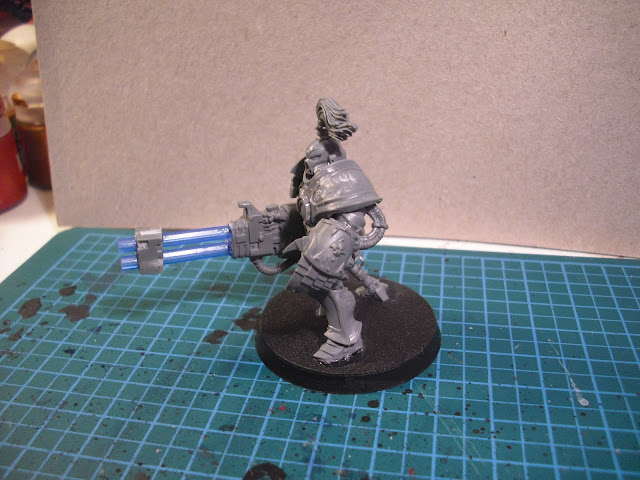 And the sergeant because he has the coolest pose I think... 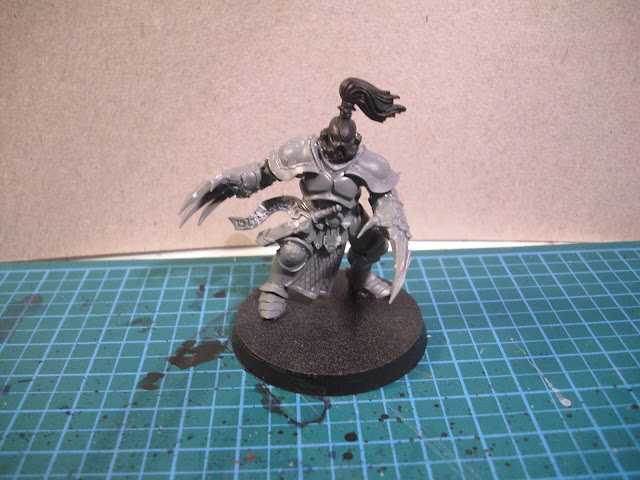 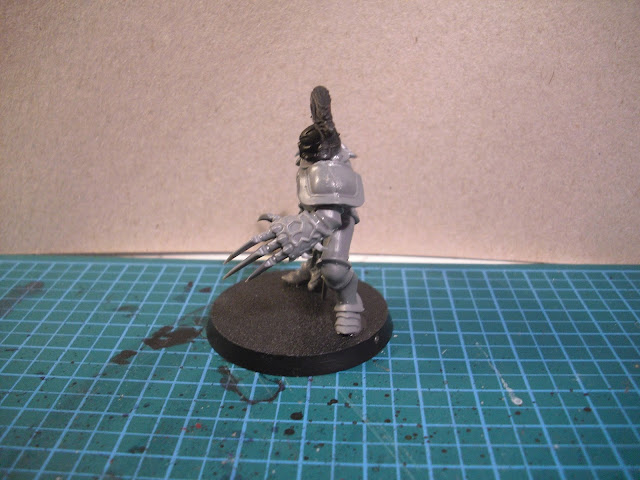 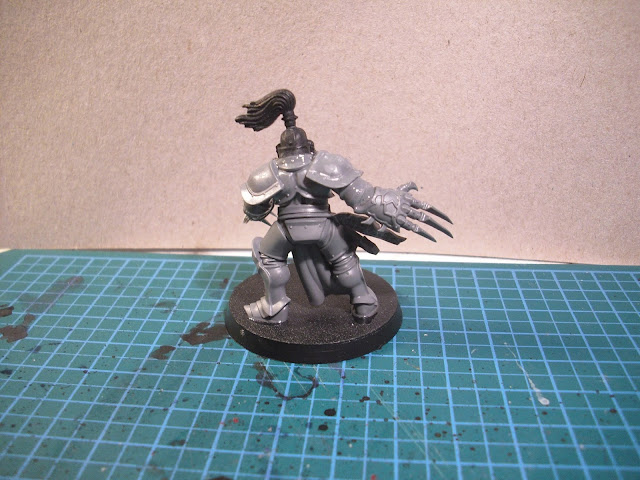 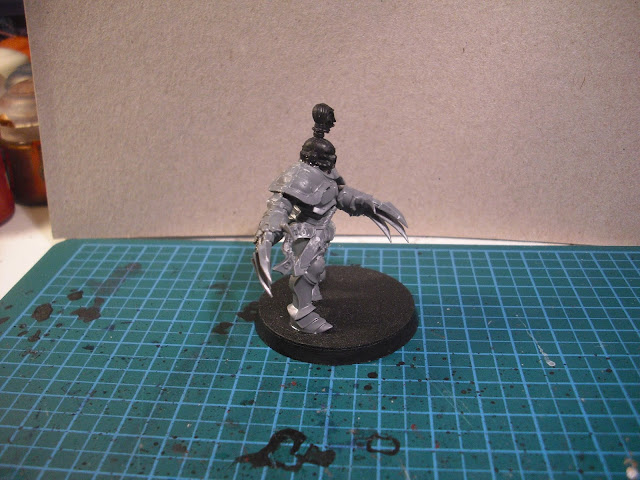 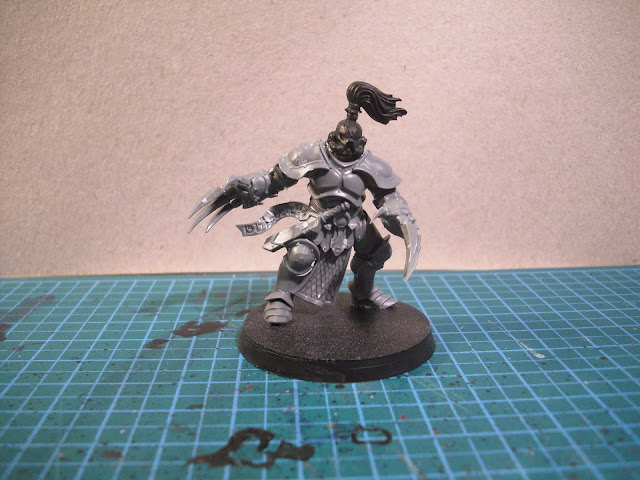 I used a lot of Chaos Space Marine bits in the conversion as I like the overly baroque nature of their armour and I felt it fit the 30k aesthetic and Sigmarite aesthetic better as well. I am particularly pleased with the sergeants pose (the one without the top knot) and also the converted reaper autocannon from cotton bud tubes a flamer and some random chunk of dreadnought plastic. I am also surprisingly happy with the little bionic leg too. I like how it looks a bit weedy, in my head that highlights how bionic tech was a bit less developed... perhaps?

Anyway, I only gave him a bionic leg because I couldn't find his actual one...

Thoughts on these guys and if you would be happy to face them as 30k terminators would be much appreciated.

They still have plenty of clean up work to do and I will either have to purchase some brass dark angel decals from forge world or work some DA specific icons on them some other way, but they are pretty much done regarding the bulk. I also have a load of little waist items to add to modernise them up a bit and the like.

I have plans for another 5 man squad using up my final 5 liberators but these will have volkite pistols and power swords instead of lightning claws, but will still have the reaper autocannon.